Amid the Gyanvapi row, the VHP has called for a protest on June 4 claiming that the Jamia Masjid in Srirangapatna, Karnataka was originally a Hanuman Mandir. 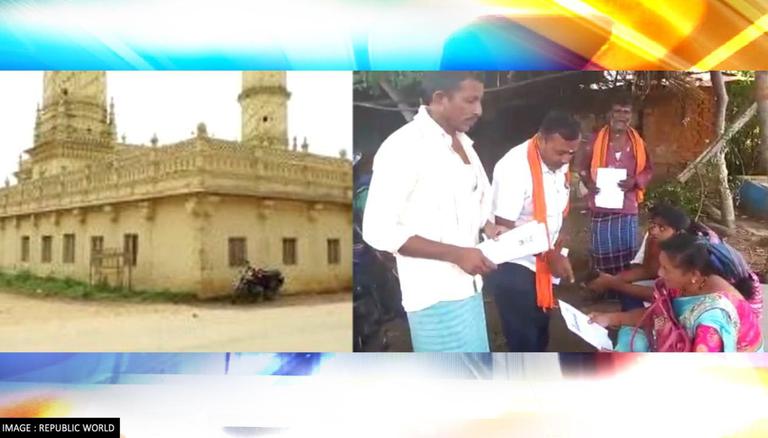 
Amid the ongoing Gyanvapi Mosque row, the Vishwa Hindu Parishad (VHP) has called for a protest on June 4 claiming that the Jamia Masjid in Srirangapatna, Karnataka was originally a Hanuman Mandir. The Hindu organisation has claimed that the Masjid was built by Tipu Sultan in 1782 and two of its minarets were used as watchtowers during his reign. On May 17, presenting a memorandum to the Mandya Deputy commissioner, VHP claimed that Tipu Sultan in a letter to the King of Persia himself accepted that the Mosque was built after razing the Hanuman Mandir at the location.

The protest will begin from the Nehru circle in Mandya city and end at the Jamia Masjid. In the pamphlets, it is mentioned that the Jama Masjid was built after Tipu Sultan razed the Shri Mudala Vaglu Hanuman Mandir.

CRPC Section 144 has been imposed in many parts of Srirangapatna prohibiting any kind of public procession, as a step of caution to maintain the law and order situation in the town.

Meanwhile, in a recent development in the case on June 2, the Superintendent Archaeologist wrote a letter to the Director of Archaeological Survey of India (ASI) requesting videography of the East Entrance in the mosque complex in Mandya. This came after Mandya Deputy Commissioner (DC)'s letter seeking the same in addition to a letter by Dr V Bhanuprasad Sharma, President of VHP, Bajrang Dal.

The memorandum also sought permission to worship the Anjaneya idol and the right to take bath at the pond present inside the Masjid.

It also claimed of a letter written by Tipu Sultan as a proof to prove the presence of the Hanuman Mandir, which was allegedly razed to construct the Masjid. The letter written to the King of Persia has a mention of Tipu Sultan accepting to the destruction of the Mandir and then building the Jamia Masjid at the same place.