Colonel Viplav Tripathi, the Commanding Officer of Assam Rifles was brutally killed in an ambush attack by terrorists in Manipur's Churachandpur district on Sat 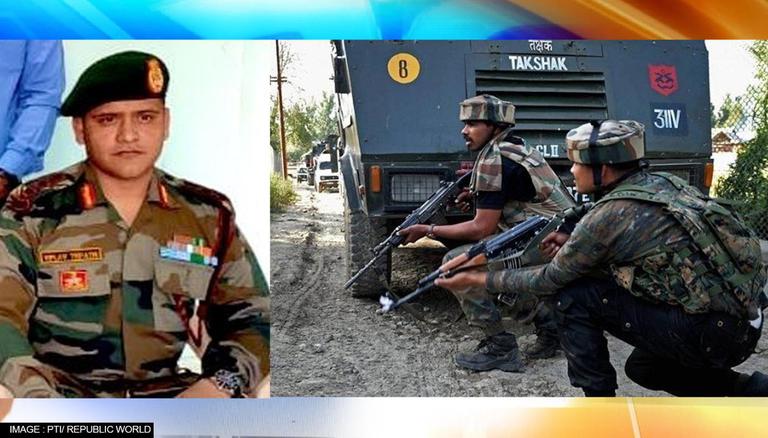 
Colonel Viplav Tripathi, the Commanding Officer of Assam Rifles was brutally killed in an ambush attack by terrorists in Manipur's Churachandpur district on Saturday. The officer was travelling in a convoy and was accompanied by two civilians, his wife, and his son when the incident took place.

The security forces have covered the region and have already begun investigating along with the local authorities to catch the perpetrators behind the deadly attack. Five military personnel and two civilians are the reported casualties in the attack.

Col Viplav Tripathi, who was the CO of the 46 Assam Rifles, had recently moved to ChurChang district of Manipur after a successful tenure in Aizawal, Mizoram. Hailing from Raigarh, Chhattisgarh, the officer was of Kumaon Regiment before his attachment with the Assam Rifles. He had moved to Khuga Dam near Churachandpur, Manipur in the month of July.

During his tenure in Mizoram, Col Viplav had busted several drug trafficking cases including the Indo-Myanmar border illegal movement of drugs. He also worked on the rehabilitation of insurgent groups into the mainstream. After being deployed in Manipur, he busted several drug rackets and shared his first success of one such mission on July 27, where 377 gm Heroin was ceased by his team.

Col Tripathi was popular among the Manipur community as well as in Mizoram where he served earlier. He was joined by his family on the occasion of Diwali in Manipur. His wife, Anuja Tripathi, and 8-year-old son Abeer were with the Officer when his vehicle was attacked by militants. His father Subhash Tripathi is a senior journalist in Raigarh, Chhattisgarh.

The People’s Liberation Army (PLA) is thought to be behind the attack, however, no militant group has taken the responsibility for it. The region is close to the borders of Myanmar and has a history of such attacks on the military convoy. Manipur also has a large number of militant groups who fight for autonomy.