A day after the attack on the Assam Rifles convoy in Manipur, the Phundrei Battalion of the paramilitary force busted a warlike store in the Kakching area. 
Barely two days after the deadly ambush on the Assam Rifles convoy, the Phundrei Battalion of the Assam Rifles, in a joint operation with the Manipur Police, recovered a massive arms cache in the Kakching area, close to the Indo-Myanmar border. Sources informed that during the late hours of November 14, the security personnel unearthed unused 20 rounds of M79 Grenade Launcher also known as 'Lathode' hidden inside a jute bag. 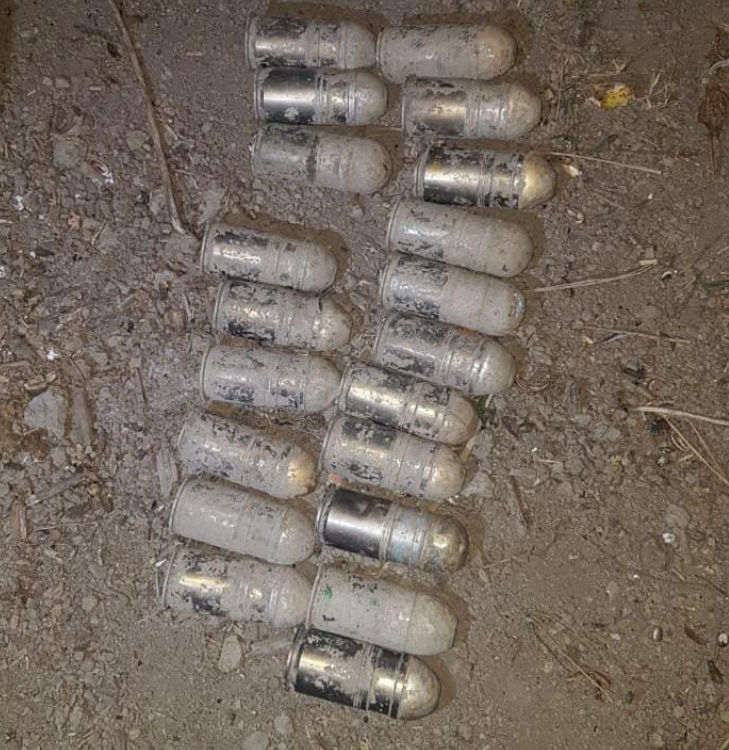 As per sources, grenades were recovered by security personnel and later detonated in-situ by the bomb disposal squad. Further, it was brought to the fore that the border security has been beefed up and all routes have been cordoned off since the incident and para commandos have arrived at the sight to maintain order.

The Commanding Officer of 46 Assam Riffles Colonel Viplav Tripathi of Khuga Battalion of Assam Rifles had visited his forward camp on Saturday and on his way back, his convoy was ambushed. As per the army officials, the terrorists first carried out an IED blast to ambush the convoy of 46 Assam Rifles Commanding Officer Colonel Viplav Tripathi & then fired at the vehicles in Churachandpur, Manipur. In the attack, six people were killed — Colonel Viplav Tripathi, his wife, his son and three soldiers. Also, many others have been left injured. The state also has a number of militant groups that fight for autonomy or secession.

READ | Manipur attack: Combing operations on for militants, border security to be beefed up

Defence Minister Rajnath Singh called it a cowardly attack and said that perpetrators will be brought to justice. Prime Minister Narendra Modi said that the sacrifices of the soldiers and their families will never be forgotten.