Taking a veiled dig at Rahul Gandhi and Salman Khurshid, Manish Tewari differed with the Congress party for making a distinction between Hinduism and Hindutva. 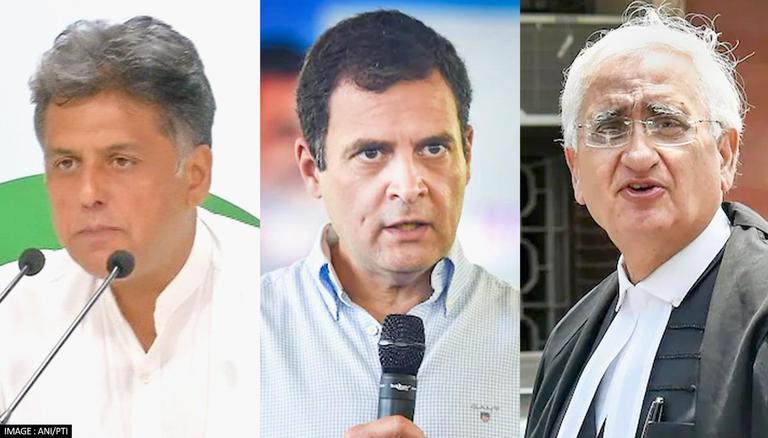 
Taking a veiled dig at Rahul Gandhi and Salman Khurshid, Manish Tewari differed with the Congress party for making a distinction between Hinduism and Hindutva. Taking to Twitter on Wednesday, the Lok Sabha MP asserted that there was no point in wading into this debate as religious identity is not the basis of Congress' politics. Taking his argument further, Tewari contended that it will more appropriate for a person to join a majoritarian or minoritarian party if his politics were fundamentally linked to religion instead of Congress which believes in Nehruvian secularism.

He elaborated, "Ideal that Religion is a private space activity. Everyone has the right to practice, profess and propagate their religion in their private lives. In public domain there should be a strict separation of the Church & State. I am a Hindu, I worship my God but that is not my politics". In the global struggle between right-wing populism and liberalism, the Congress MP opined that progressive parties can never win the hearts and minds of people if they base their politics on caste and religion bereft of pluralistic beliefs.

1/1 InHinduism VS Hindutva debate some people in @INCIndia miss a fundamental point.If I were to believe that my religious identity should be basis of my politics then I should be in A Majoritarian or Minoritarian Political Party.I am in @INCIndia because I believe in Nehruvian

The controversy over Hindutva was ignited by an excerpt in the 'The Saffron Sky' chapter of Khurshid's book 'Sunrise over Ayodhya' which read, "Whatever rationalization might have been offered, the Ayodhya saga was throughout about one faith trumping the methods of another. But the former faith itself was experiencing a contest of interpretation. Sanatan dharma and classical Hinduism known to sages and saints was being pushed aside by a robust version of Hindutva, by all standards a political version similar to the jihadist Islam of groups like ISIS and Boko Haram of recent years."

At present, Khurshid is the chairman of Congress' Central Manifesto Committee for the Uttar Pradesh polls. Without directly wading into this row, Rahul Gandhi made a distinction between Hinduism and Hindutva during his address to Congress Social Media department workers on November 12. The former Congress president said, "What is the difference between Hinduism and Hindutva, can they be the same thing? If they're the same thing, why don't they have the same name? They're obviously different things. Is Hinduism about beating a Sikh or a Muslim? Hindutva of course is".

WE RECOMMEND
BJP slams comedian Vir Das; hits out at Congress for supporting 'vilification of India'