According to UP ATS sources, incriminating evidence has been seized from the raids which are currently underway at several locations in Delhi and UP 
The Uttar Pradesh Anti-terrorism Squad (ATS) conducted a series of raids across Delhi and UP in the illegal conversion case on Tuesday. Several residences of prime accused Maulana Kaleem Siddiqui and his associates have been raided in connection with the probe. According to UP ATS sources, incriminating evidence- desktops, tablets and documents-has been seized from the raids conducted at several locations across the national capital and UP. The evidence seized will be produced by the ATS before the court. 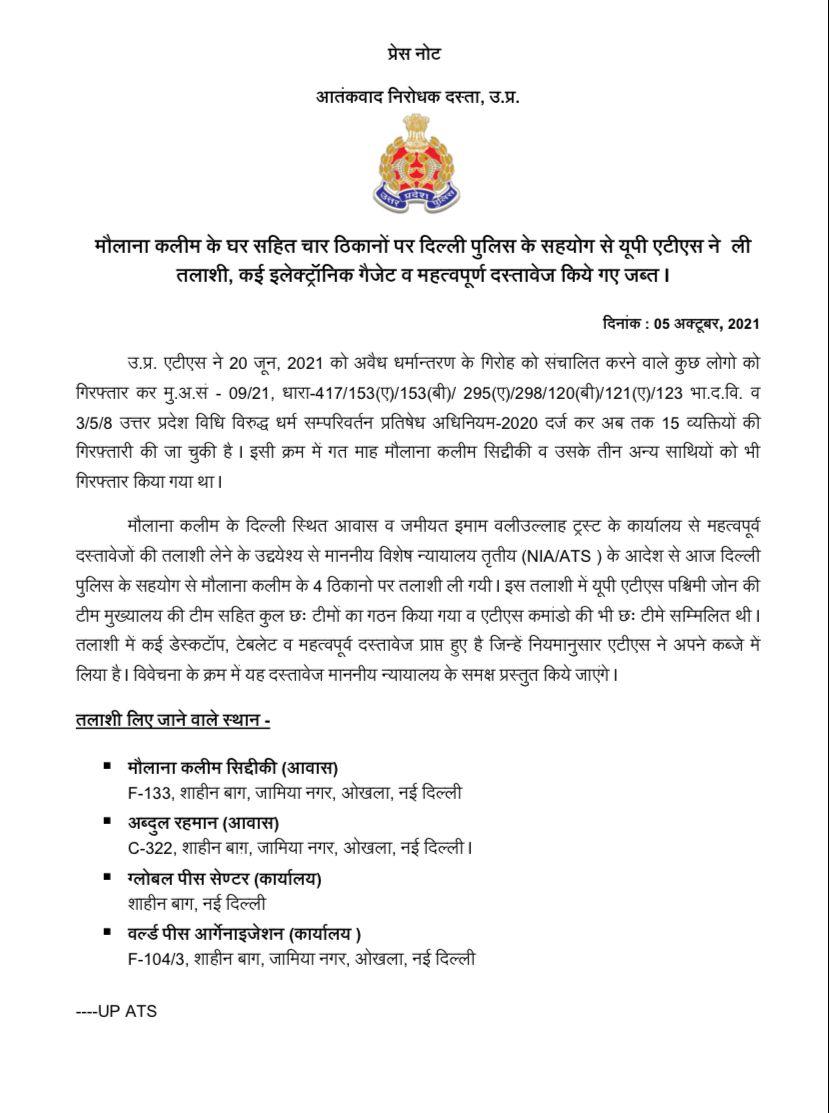 The latest series of raids come after the UP ATS arrested one more person in the illegal conversion case on October 2. According to the details provided by the UP ATS, the accused propagated religious hatred in WhatsApp groups by sharing radical messages. So far, the UP ATS has arrested over 14 people so far in the illegal conversion racket including Siddiqui. The 64-year-old Islamic scholar was arrested by the UP ATS on September 22. Known to be one of the biggest clerics from western UP, his name cropped up during the investigation into the Umar Gautam case.

The Uttar Pradesh police in June had arrested one accused - Umar Gautam along with eight others for allegedly running a religious conversion racket. During the course of the investigation, it was unearthed that the racket involved the conversion of deaf children and women to Islam and more than 1,000 people were converted under various pretences. The Police statement further said that more than a dozen deaf and dumb children in Noida were also converted. The arrested accused have confessed to converting nearly 250 to 300 people every year.

READ | 'Forced religious conversion not a sign of expansion of any religion': Union Min Naqvi