Advocate Vijay Aggarwal claimed that the Dominica High Court's order was a vindication of the stance that his client Mehul Choksi is in illegal detention. 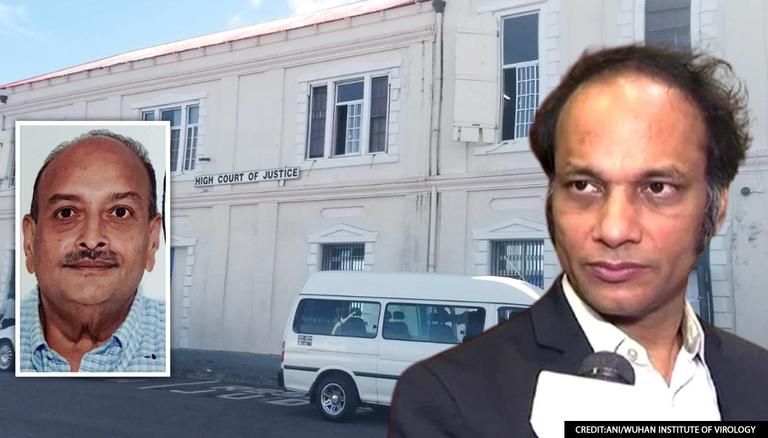 
On Thursday, advocate Vijay Aggarwal claimed that the Dominica High Court's order was a vindication of the stance that his client Mehul Choksi is in illegal detention. Hearing a habeas corpus plea filed on behalf of the fugitive, HC judge Bernie Stephenson directed that he should be produced before a Magistrate and adjourned the hearing till 9 am on June 3. While the Dominican government stated that the PNB scam accused was detained in the country for "illegal entry" after an  Interpol Yellow Notice was issued, Aggarwal alleged that Choksi was kidnapped by some persons from Antigua who brought him to Dominica.

"Our stand that Mr Mehul Choksi is in illegal detention as he was required to be produced within 72 hours before the magistrate and was not so produced has been vindicated. In order to remedy this, he has been asked to be produced before the magistrate. This establishes illegal detention of Mr Mehul Choksi as pleaded by the defence," Choksi's lawyer Vijay Aggarwal said.

He added, "The matter being heard is of habeas corpus petition...and not of his repatriation to India. His citizenship is not in question before the court... Contrary to numerous media reports, there was no discussion regarding the Government of India". During the hearing on Wednesday, Choksi stated that he does not feel safe in police custody and should be sent back to Antigua and Barbuda citing the injury marks on his body. Reportedly, the Dominican government urged the court to quash the plea and backed his deportation to India.

Mehul Choksi is under the scanner of both the Central Bureau of Investigation and the Enforcement Directorate. Along with his nephew Nirav Modi, he has been accused of allegedly siphoning off Rs 13,500 crore of public money from the Punjab National Bank (PNB), using letters of undertaking. Owner of the Gitanjali group, a retail jewellery company, Choksi secured the citizenship of Antigua and Barbuda in November 2017 under the aegis of the Citizenship by Investment Programme and fled to the island nation in the first week of January 2018.

India formally sought Choksi's extradition in August 2018 underlining the principle of reciprocity, the principle of dual criminality, and the United Nations Convention against Corruption to which both countries are signatories. In 2019, Antigua and Barbuda PM Gaston Browne was quoted as saying that the citizenship of Mehul Choksi will be revoked and will be extradited to India once all his legal options are exhausted. An eight-member team of the CBI, the ED and the Ministry of External Affairs reached Dominica ahead of the hearing to pursue the case for Choksi's deportation.

WE RECOMMEND
Republic Exclusive: Mehul Choksi seen in the open for the first time in years, in Dominica
Mehul Choksi 'honeytrapped'; woman lured him to apartment where he was abducted: Sources
Mehul Choksi's wife confirmed to know he's been found in Dominica; Lawyer issues statement
Fugitive Mehul Choksi goes 'missing' in Antigua; lawyer claims 'family in the dark'
Mehul Choksi detained: 'Truth will come out in 12 hours', says lawyer on torture charges