Zoramthanga while interacting with the leaders of Myanmar nationals on Monday assured them that the government has already taken up massive efforts. 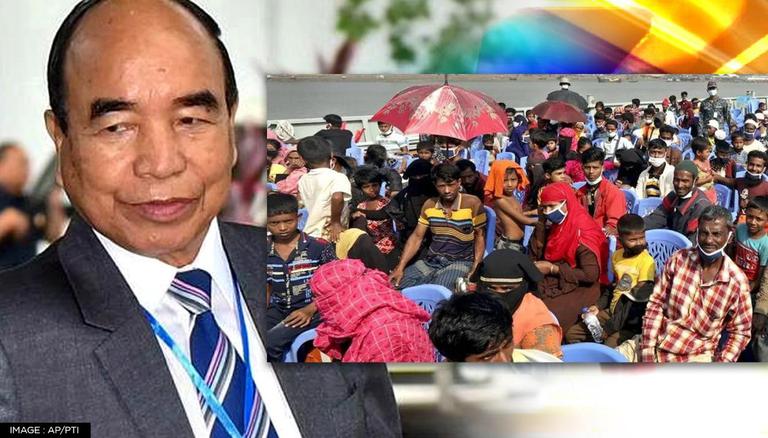 
Extending full support towards the Myanmar refugees taking shelter in Mizoram, Chief Minister Zoramthanga on Monday said that his government will continue to provide humanitarian assistance to the Myanmar nationals and has also urged the Centre for providing more support to them.

Zoramthanga while interacting with the leaders of Myanmar nationals on Monday further assured them that the government has already taken up massive efforts and will continue to try its best to assist them in the future. The chief minister also said that he has appealed to the Centre on multiple occasions to provide political asylum to the Myanmar nationals who have fled their country after a military crisis and are taking refuge in the northeastern state. Adding to it, he said that the Centre has also assured the Mizoram government for taking measures so that the state government can continue providing assistance to the refugees.

Concerning the same, he has already met Prime Minister Narendra Modi and Union Home Minister Amit Shah in Delhi with similar requests and said that the Centre is willing to help but cannot do it directly because India is not a signatory to the UN Refugee Convention of 1951 and its 1967 Protocol.

The Mizoram chief minister also expressed regrets on the challenges faced by the people of Myanmar and the current situation in the country.

While the surrounding villages of the Chin state along the international borders continue to face serious military actions, thousands of Myanmar nationals have crossed over to Mizoram for shelter. These Myanmar refugees include men, women as well as children who are trying to take shelter in various districts of the northeastern state. While the state government, as well as the district administration, is trying to extend every possible help to the refugees, NGOs, villagers, other individuals are also providing food and shelter to them.

Mizoram shares a 510-km-long international border with Myanmar in view of its ethnic ties with each other and is home to the Chin communities of Myanmar who have been migrating to the state since the late 1980s.