In a major breakthrough in the blast at the Punjab Police Intel HQ office in Mohali, the launcher of the Rocket-Propelled Grenade (RPG) was recovered on Tuesday 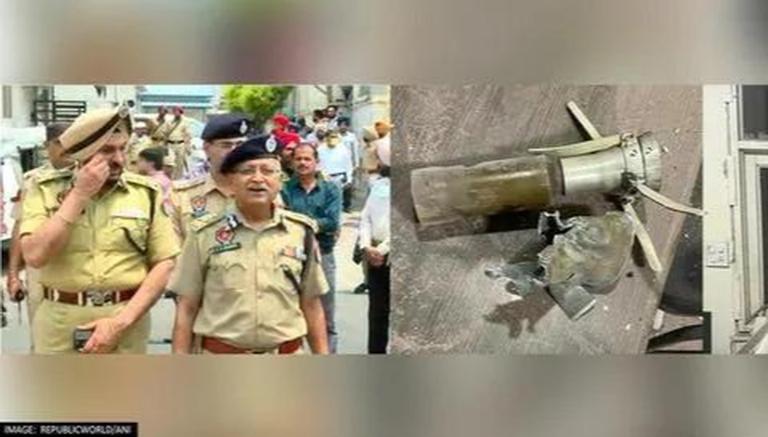 
In a major breakthrough in the blast at the Punjab Police Intelligence HQ office in Mohali, the launcher of the Rocket-Propelled Grenade (RPG) was recovered on Tuesday. As per a release by the Mohali Police, all the suspects were rounded up and questioned, leading to the recovery of the launcher used in the blast in one of the Intel buildings on May 9, at around 7.45 p.m. in the evening.

Earlier in the day, Republic TV learnt that Trinitrotoluene (TNT) was launched with the use of an RPG launcher, from a short distance by inexperienced people, without any prior training. It was further learnt that it could have been launched through a hideout.

"All leads developed in the case are being pursued meticulously," the Police, investigating the case, further said in the release related to the case.

Meanwhile, the Police have found the role of suspected overground workers of the Khalistani extremist group associated with Pakistan-based terrorists, in the blast.

During the investigation, they found the mobile location of a suspect associated with Pakistan-based terrorist Harvinder Singh Rinda near the blast site. As per sources, this attack is perceived as retaliation from Rinda as his 4 associates were arrested on the basis of intelligence inputs in Haryana.

“On the basis of these numbers we have identified six people and detained them,” the official said, adding that these people were in touch with the suspected attackers before the attack, who were kept in Amritsar. They had also reportedly done a recce of the area to verify the possible exit routes and chose the time when the security shift changes to launch the attack.

"Some have been arrested, more will be arrested. Strict punishment will be given to the perpetrators. Things will be more clear by evening as the probe is on," said Chief Minister of Punjab Bhagwant Mann after a meeting with police officials.