According to IMD, the first monsoon depression brought extremely heavy rain (above 20cm) to many parts of Odisha and Gujarat on Monday, September 13. 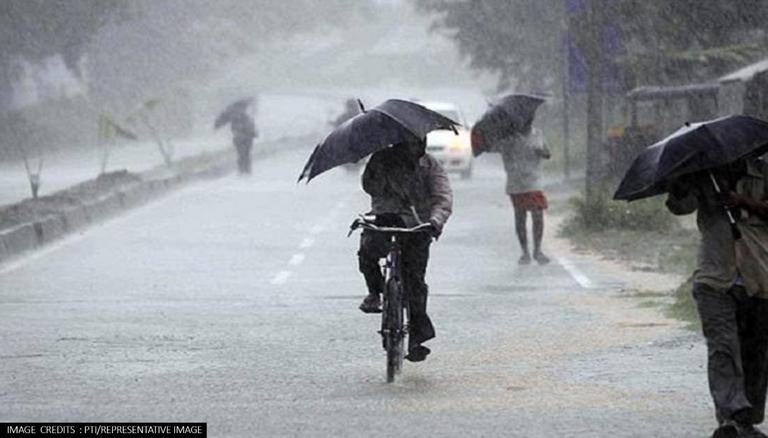 
On Monday, the first depression of the monsoon brought unusually heavy rain (above 20cm) to numerous portions of Odisha and Gujarat. The deep depression has formed over the northwest Bay of Bengal and the coast of Odisha. 5 to 6 depressions emerge during the monsoon season, delivering heavy rain to central and western India. Puri's Astranga station recorded 53cm, Kakatpur 52cm, and Jagatsinghpur's Balikuda 44cm between 8.30 am on Sunday, and 8.30 am on Monday, while Lodhika in Gujarat's Rajkot recorded 50cm, Visavadar in Junagarh 35cm, and Kalavad in Jamnagar 29cm between 8.30 am on Monday and 5.30 pm, according to reports.

On Monday, the deep depression over north Odisha moved west-northwestward and was centred over north interior Odisha, near Jharsuguda, early Tuesday morning. During the following 48 hours, it is quite likely to continue moving west-northwest across north Chhattisgarh and Madhya Pradesh. According to IMD, during the next 12 hours, the profound depression is extremely likely to deteriorate into a depression. There is also a low-pressure area over the Gujarat region, which is accompanied by cyclonic circulation. It is quite likely that it will fade during the next 12 hours. The monsoon trough has moved to the south of its typical position. During the next 3-4 days, it is very likely to remain south of its normal position, the IMD noted. According to the latest update from IMD, "Deep Depression lay centred at 0530 hrs IST of September 14, 2021, over north interior Odisha and adjoining north Chhattisgarh about 50 km west-northwest of Jharsiguda and about 130 km south-southeast of Ambikapur. To weaken into a Depression during the next 06 hours."

Usually, 5-6 depressions occur during the monsoon, but we have only well-defined low-pressure areas this year. This deep depression will subside during the next 12 hours. The depression will move west-northwest, reaching west Madhya Pradesh and the bordering Rajasthan region. However, a trough will form, receiving moisture from the Arabian Sea, which is why we are expected to have thundershowers and rain around September 16, said Sunitha Devi, IMD's cyclone expert, in a statement. Normally, the monsoon begins to exit northwest India around September 17, but the IMD's extended projection predicts heavy rainfall until September 30.