Mopa: Now, Goa Has Two International Airports Located 50 Km Apart From Each Other

With the inauguration of the greenfield airport at Mopa on Sunday, Goa has got another international airport which is located 50 km apart from the south Goa-based Dabolim facility, operated as a civil enclave in Indian Navy's air station INS Hansa. 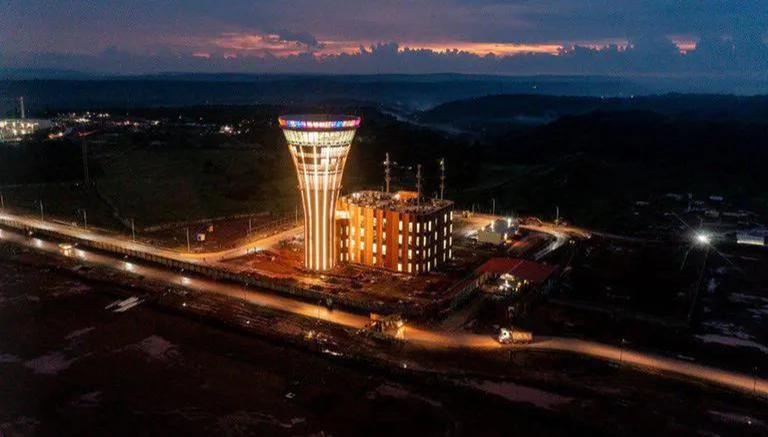 
With the inauguration of the greenfield airport at Mopa on Sunday, Goa has got another international airport which is located 50 km apart from the south Goa-based Dabolim facility, operated as a civil enclave in Indian Navy's air station INS Hansa.

Each of the two districts in Goa now has an international airport- the existing one in Dabolim and the new one in Mopa.

The first phase of the Rs 2,870 crore Mopa airport project was inaugurated by Prime Minister Narendra Modi on Sunday evening. The new airport, to be named Manohar International Airport after the late Manohar Parrikar, aims at enhancing Goa’s connectivity by air, by aiding the flow of civilian traffic to the state.

A senior official said flight operations from Mopa airport will start from January 5 next year.

The first phase of the airport will cater to around 4.4 million passengers per annum (MPPA), which can be expanded to a saturation capacity of 33 MPPA, he said.

The existing Dabolim airport, part of Indian Navy's INS Hansa and handles civilian flights, is located near Vasco town in south Goa, while the new airport in North Goa's Pernem taluka is situated on the Goa-Maharashtra border.

The current capacity of the Dabolim airport is 8.5 MPPA catering to domestic and international passengers. This airport was constructed during the Portuguese era in the year 1955 but was upgraded to a new terminal building in the year 2013.

READ | The Mopa airport in pics: This is the ₹2870 Cr airport PM Modi is set to inaugurate today

The Mopa airport has been built on the theme of sustainable infrastructure and has a solar power plant, green buildings, LED lights on the runway, rainwater harvesting, state-of-the-art sewage treatment plant with recycling facilities, among other such facilities.

It has adopted some of the best-in-class technologies like 3-D Monolithic Precast buildings, StabilRoad, Robomatic Hollow precast walls, and 5G compatible IT infrastructure.

The foundation stone of this airport was laid by PM Modi in November 2016.

IndiGo will operate 12 flights daily and 168 new flights weekly from Mopa airport, connecting to eight cities across the country, the official said.

State Transport Minister Mauvin Godinho told PTI on Sunday the new airport will contribute towards the growth of the state.

He said Goa is growing rapidly and in the next few years, the state will require a third airport.