The Motor Vehicles Act, 2019, will be active from September 1 and the enhancement of penalties would be applied to offences such as speeding, drunk driving, etc

The Motor Vehicles (Amendment) Bill, 2019, will come into effect from September 1. This Bill received the approval of the President on August 9, 2019. The government has notified 63 clauses that deal with penalties, licences, registration and National Transport Policy, among others. The Motor Vehicle (Amendment) Bill will tighten road traffic regulations such as allotment of driving licence and impose stricter penalties for violations in an attempt to improve road safety.

According to the Transport Ministry, the changes in the Act have imposed a higher penalty for offences where no penalty is specifically provided. For the first offence in such a case the penalty has gone up from Rs 100 to Rs 500 and the second and subsequent offence from up to Rs 300 to Rs 1,500. Additionally, new penalties have been introduced in case of violation of road regulations. The new penalty can be between Rs 500 and Rs 1,000. Driving without wearing a helmet will attract a penalty of Rs 1,000. 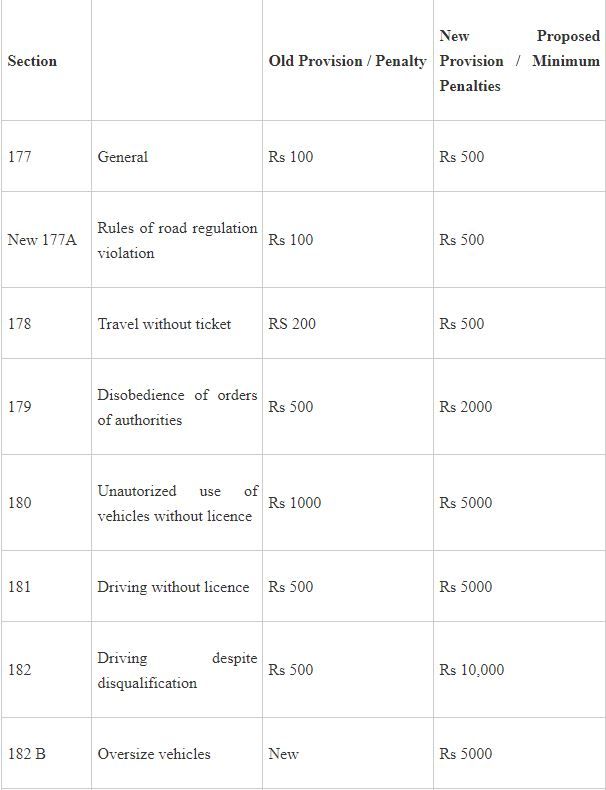 In case of dangerous driving stricter penalty laws has been applied. First time offenders will face imprisonment of six months to one year and/or fine of between Rs 1,000 and Rs 5,000. For the second offence, the offender will be imprisoned for up to 2 years and/or will have to pay a fine of up to Rs 10,000. For unauthorised use of vehicles without a valid driving licence, the new law increases the penalty to Rs 5,000 from Rs 1,000. The minimum penalty for driving without a licence has been increased to Rs 5,000 from Rs 500 while the fine for driving despite disqualification has been increased to Rs 10,000. 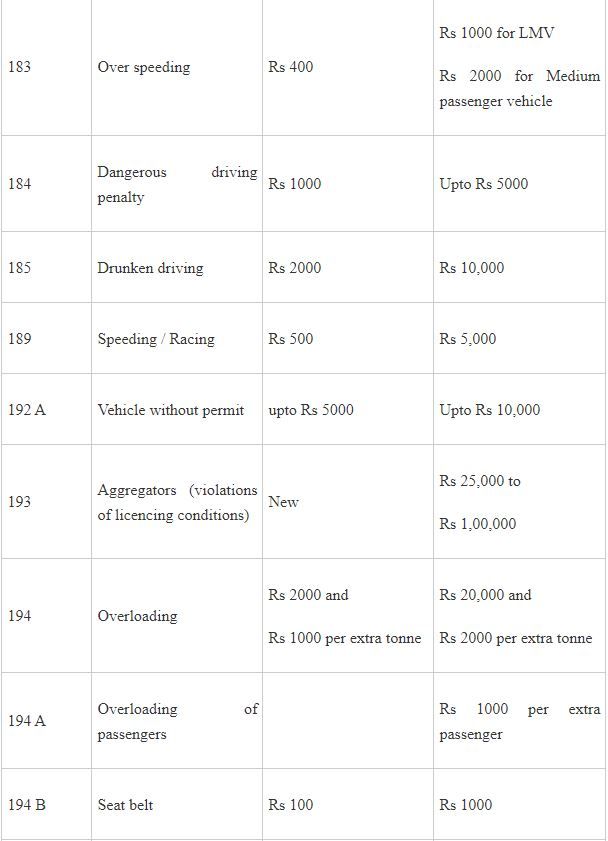 READ | Nitin Gadkari: Tea May Soon Be Served In 'kulhads' At Railway Stations 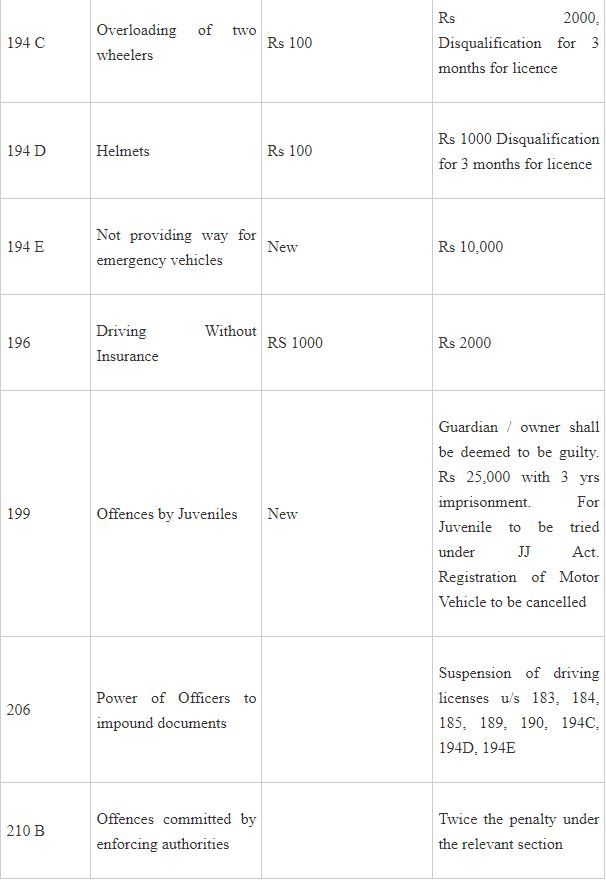 The Bill increases the minimum compensation for hit and run cases. In case of death, from Rs 25,000 to two lakh rupees, and in case of grievous injury, from Rs 12,500 to Rs 50,000. The Bill also allows the central government to order for recall of motor vehicles if a defect in the vehicle may cause damage to the environment, or the driver, or other road users. New penalties have been prescribed for carrying of excess passengers, failure to use safety belt and violation of rules in seating of children, violation of safety measures for motorcycle drivers and pillion riders, refusal to stop and submit vehicle for weighing, use of phones in silent zones and failure to allow free passage to emergency vehicles. Besides, the new rules enable state governments to designate any person or agency as the enforcement agency to detect and impose a penalty on overloaded vehicles.

The Motor Vehicles (Amendment) Bill, 2019 was introduced in Lok Sabha on July 15, 2019, by the Minister for Road Transport and Highways, Nitin Gadkari. The Bill seeks to amend the Motor Vehicles Act, 1988, to provide for road safety. The Act provides the grant of licenses and permits related to motor vehicles, standards for motor vehicles, and penalties for violation of these provisions. On July 31, the Rajya Sabha cleared the bill that seeks to weed out corruption, improve road safety and usher in use of technology to regulate traffic, with certain amendments. Since some changes were made by the Rajya Sabha, it was again brought to the Lok Sabha for clearance. It was finally cleared by Parliament on August 5.