At the meeting, the Madhya Pradesh Cabinet expressed its condolences on the Kamla Nehru Hospital fire, which claimed the life of four children. 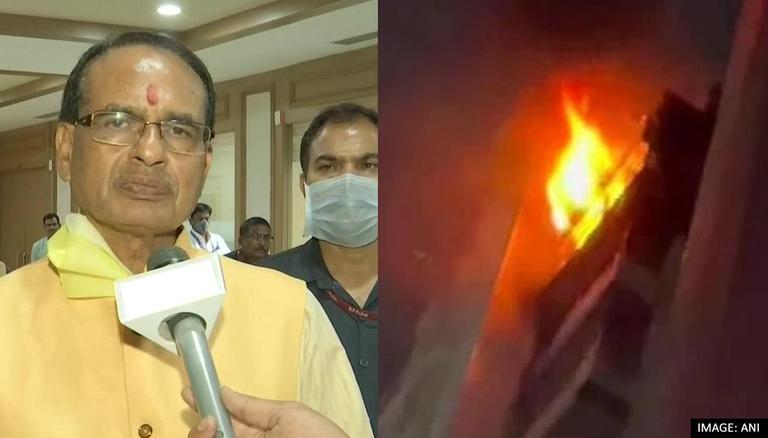 
The Madhya Pradesh government on Tuesday held a cabinet meeting with state ministers and government officials over the Bhopal hospital tragedy. At the meeting, the MP Cabinet expressed its condolences on the Kamla Nehru Hospital fire which claimed the life of four children. The cabinet announced that a high-level inquiry committee had been constituted to probe the accident, and all those who worked in the rescue operations in the hospital would be honoured.

The newborn care ward of Kamla Nehru Hospital in Bhopal caught fire late on Monday trapping several children inside the building. Fire brigades were rushed to the spot and rescue operations were launched to evacuate the children. According to Madhya Pradesh Medical Education Minister Vishvas Sarang, who was at the site at the time of the incident, at least four children died and 36 children were rescued. Reports suggest that short-circuit could be a probable reason behind the fire.

Issuing a statement on the tragedy, Madhya Pradesh Chief Minister Shivraj Singh Chouhan announced that he had ordered a probe on the matter and a report on the fire safety audit had been demanded from the hospital. "It is an unfortunate incident. A probe has been ordered into the incident. This is a case of criminal negligence. Stringent action will be taken against those found guilty," tweeted Chouhan.  An ex gratia sum of Rs 4 lakh has been announced for parents of children who died in the tragedy.

Apart from the Kamla Nehru Hospital tragedy, the MP Cabinet also stated that they would be monitoring the campaign for the second dose of the COVID-19 vaccine. Additionally, it announced benefits for those who pay outstanding electricity bills together, saying that they will get a discount of up to 40%. The name of Chhindwara University was renamed Raja Shankar Shah University in the meeting, and the state government also approved the formation of four new tehsils-- Dhulkot, Digthan, Mundi and Digouda new tehsils.