MP: Cheetahs To Arrive At Kuno Palpur National Park From Namibia On Sep 17

Cheetahs will arrive in MP's Kuno Palpur National Park from Namibia on Sep 17 and they will be released into specially built enclosures on the same day. 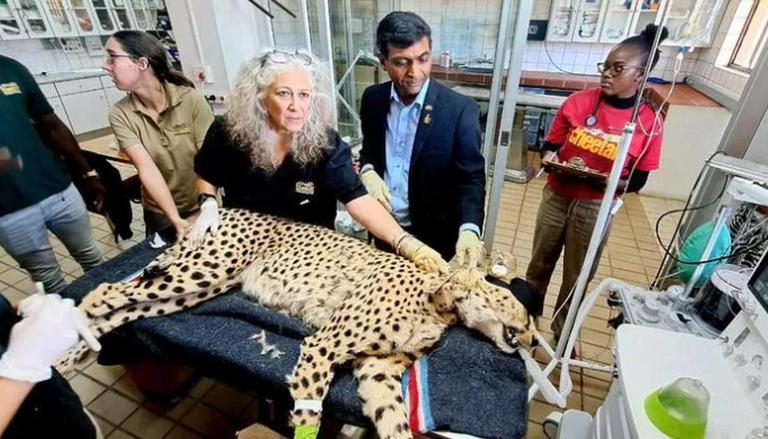 
Cheetahs will arrive in Madhya Pradesh's Kuno Palpur National Park from Namibia in southern Africa on September 17 and they will be released into specially built enclosures on the same day by Prime Minister Narendra Modi, state forest minister Vijay Shah said on Saturday.

He was speaking after overseeing preparations made at Kuno Palpur National Park for the ambitious cheetah re-introduction project.

September 17 is the birthday of Prime Minister Narendra Modi.

"The cheetahs being brought from Namibia will reach Kuno Palpur on September 17. They will stay in smaller enclosures during the quarantine phase before being shifted to the bigger one," Shah said.

He expressed hope the project will increase tourist footfalls and boost employment generation opportunities for people of the region.

Meanwhile, speaking in Gwalior, Union Civil Aviation Minister Jyotiraditya Scindia said it is not an easy project to reintroduce cheetahs in another country, adding that the re-introduction was a historic occasion not only for India but for the entire world.

"The shifting of cheetahs, tigers or lions is not an easy task, as very few such projects have been successful in the world. The climate at Kuno-Palpur Sanctuary is perfect for the cheetah," Scindia added.

Cheetahs went extinct in India in 1952 and the 'African Cheetah Introduction Project in India' has been underway since 2009, before picking up speed in the last few years.