The work for the Mumbai Coastal Road project, which is estimated to cost Rs 12,721 core, is expected to be completed by December, next year. 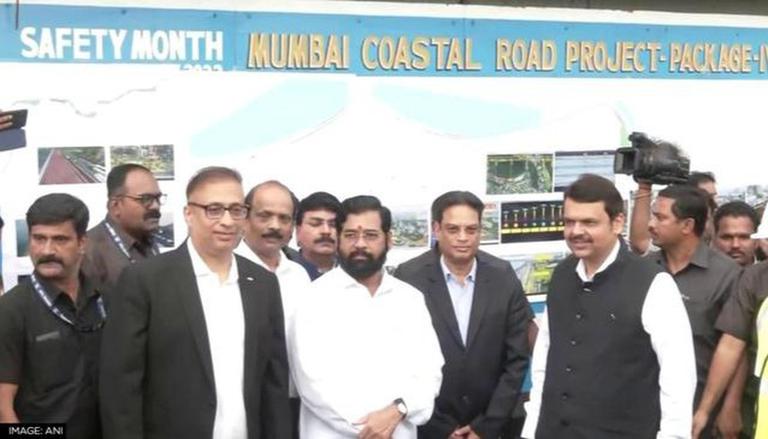 
Maharashtra Chief Minister Eknath Shinde along with Deputy Chief Minister Devendra Fadnavis on Monday, September 19, inspected the progress of work on the Mumbai Coastal Road. It is worth mentioning that about 63% of work on the Mumbai Coastal Road has been done and the rest will be completed by the end of next year. Informing this, CM Shinde assured everyone that with the completion of this dream project, the people of Mumbai will get a big relief from the traffic jam.

After inspecting work on Mumbai Coastal Road, CM Shinde was quoted by ANI as saying, "Work progressed rapidly, it'll get completed by December 23. It's an important project for Mumbaikars with a 2 km tunnel length and is the largest in the country. There's a 175-acre garden with 8.5 km length for morning and evening walks, car drives and will have the country's first four-storey interchange tunnel. With this, people of Western suburbs will get huge relief from traffic."

Devendra Fadnavis, who was also inspecting the work on the Mumbai coastal road along with CM Eknath Shinde said, "This iconic road got recognition because of PM Modi. 63% of work is complete. In the past 1 month, record-breaking work has happened; completion to happen soon."

The excavation work for the 2 km-long second tunnel with a diameter of 12.49 metre began on January 11 this year. The work for the Coastal Road project, which is estimated to cost Rs 12,721 core, is expected to be completed in December 2023. The Coastal Road project will comprise twin tunnels dug 10 to 70 metres below the surface between Girgaum Chowpatty and Priyadarshini Park using India’s largest TBM (tunnel boring machine) ‘Mawla’. The tunnels will be interconnected with seven locations, of which four will be used for vehicles. The tunnels will have emergency control rooms with automated systems.