A Mumbai Court heard the plea to declare the former Mumbai Commissioner of Police Param Bir Singh as an absconder involved in five extortion cases. 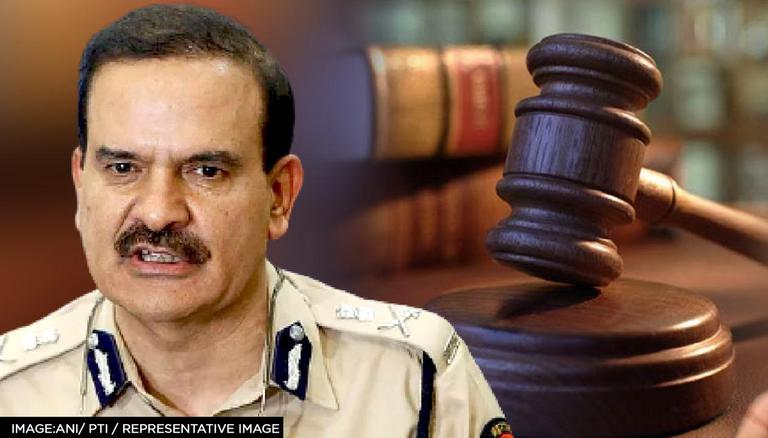 
A Mumbai Court on Monday heard the Maharashtra CID's plea seeking to declare former Mumbai Commissioner of Police Param Bir Singh as an absconder in relation to the five extortion cases against. The court is set to pronounce its order on the plea on Tuesday. It is pertinent to point out that three Non-Bailable Warrants have been issued for Param Bir Singh following which the Maharashtra government initiated the procedure to suspend the tainted officer.

Meanwhile, the Qila Court of Mumbai also heard a case is in connection with a close aide of the ex-top cop who is under the scanner of the Income Tax Department which has found out that a company where Param Bir is involved has no actual source of income at the time of purchase of the property.

The Maharashtra government on Saturday initiated the process to suspend Param Bir Singh. The former Mumbai Commissioner of Police, Param Bir Singh has not showed up in the past six months after being appointed to the office of the DG of Maharashtra Home Guard. Param Bir Singh went missing in the face of multiple extortion cases filed against him.  The Crime Investigation Department (CID) has also initiated a procedure under Sections 82 and 83 of the Criminal Procedure Code (CRPC) to declare the former Mumbai Police Commissioner as an absconder and to attach his properties.

Speaking with Republic's Editor-In-Chief Arnab Goswami on Thursday, Maharashtra Special Public Prosecutor Shekhar Jagtap had said, "As far as crimes of Param Bir Singh are concerned, they are based on the FIRs against him. The first FIR was registered against him in Marine Drive Police Station where there is an accusation of extortion made by Shyam Sunder Agarwal in 21 July 2021 against whom Param Bir and his alleged close business associate Sanjay Punamiya had hatched a criminal conspiracy by extorting crores of Rupees. At the behest of Param Bir Singh, Shyam Sunder was prosecuted by Sanjay Punamiya under strange provisions of the Maharashtra Board Of Organised Crime Act, even though there was no evidence against him. Sanjay Punamiya was under our interrogation for 14 days and he was also traced in other criminal cases against him registered in Thane, and other cases in Mumbai. Param Bir is also facing charges of extortion in several other cases. "

In April, Sonu Jalan and two others wrote to the Maharashtra CM alleging an extortion racket being run by former Mumbai Police Commissioner Param Bir Singh. To support their accusation, they placed key evidence including audio tapes, CDRs, and other documents on-record during the hearing.

In July 21, the Mumbai police registered a case of extortion against the former Mumbai CP, DCP Akbar Pathan, two civilians, and 4 Police inspectors and junior-level police personnel. An FIR was filed at Marine Drive police station under several IPC sections and two civilians have been arrested. Another extortion case was registered against the former Mumbai top cop on July 23. The  FIR was filed against Param Bir Singh and five others namely Sanjay Punamiya, Sunil Jain, Manoj Ghotkar, DCP Crime Branch Parag Manere have been booked under various IPC sections by Thane police.

Then on July 30, another FIR was filed against the former Mumbai Commissioner of Police. The FIR, filed by alleged cricket bookie Sonu Jalan and businessman Ketan Tanna, also has 27 other names including Ravi Pujari and Pradeep Sharma.

The entire scandal exploded after Param Bir Singh levelled 'extortion' charges against former Maharashtra Home Minister Anil Deshmukh after his transfer. Singh alleged that the NCP leader had asked Assistant Police Inspector Sachin Vaze to extort Rs.100 crore per month from 1750 bars, restaurants and other establishments in Mumbai. A parallel investigation in the same is also going on.