Many houses in eastern districts of Nagaland hoisted black flags while student organisations observed prayer service across the state to mark the first year of Oting firing. 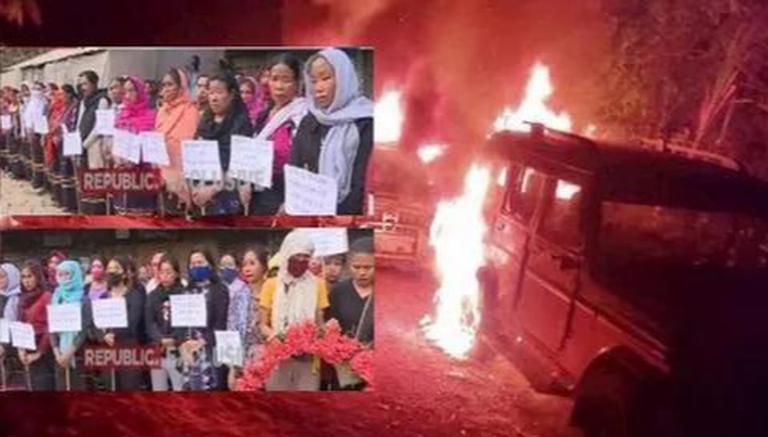 
Many houses in eastern districts of Nagaland hoisted black flags while student organisations observed prayer service across the state to mark the first year of Oting firing by the army that left 14 civilians dead.

A music video was also released as a tribute to those killed on December 4 last year at Oting village in Mon district.

On that day, six coal miners returning from work were killed in a botched army operation, while seven others were gunned down when angry villagers scuffled with them after discovering the bullet-riddled bodies of the labourers.

Another civilian was killed when a mob attacked an Assam Rifles camp at Mon town the next day.

The Eastern Nagaland People's Organisation (ENPO) will observe December four and five as ‘Black Day' in the entire eastern part of the state, according to its president R Tsapikiu Sangtam.

All households in six eastern districts - Mon, Tuensang, Longleng, Kiphire, Noklak and Shamator - will hoist black flags on these two days, he said.

An official of the Konyak Students' Union said that the households in the district have hoisted black flags while its parent body Konyak Union will hold a prayer service on Monday in Mon town.

Meanwhile, the Naga Students Federation (NSF) on Sunday held a solemn ceremony to pay homage to the lives of those who were killed by the army at Oting.

In his brief address on the occasion, NSF President Kegwayhun Tep reaffirmed the non-cooperation extended by the Federation towards the armed forces.