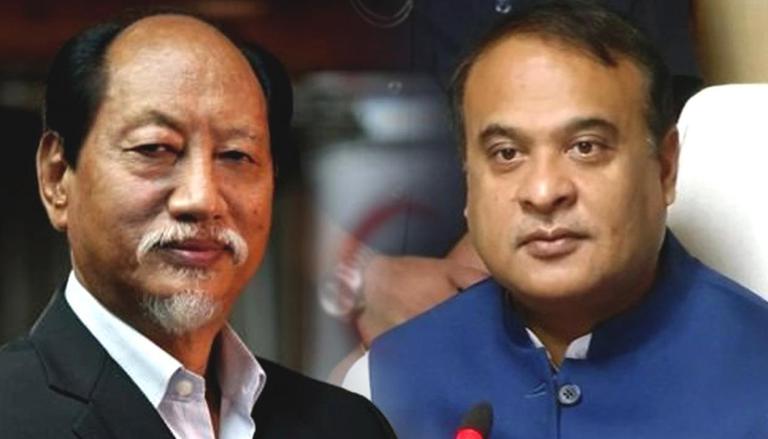 
The Nagaland government advocated an amicable settlement of its long-standing border dispute with the neighbouring state of Assam. As per PTI, Nagaland has entrusted its border affairs department with the task to work out modalities for discussions with the government of the neighbouring state, an official said on Tuesday. The decision to entrust its border dispute affairs department was taken during the first meeting of the Nagaland Legislative Assembly (NLA) select committee which was constituted in August to examine the border issue.

Nagaland seeks to settle border dispute with Assam outside court

Nagaland-Assam border dispute lies in the Supreme Court of India but we (Nagaland) are for settlement of the issue outside the court, advisor for Border affairs Mhathung Yanthan told reporters after coming out of the meeting. Mhathung Yanthan added that they had discussions on the background and genesis of the problem to understand the entire issue

Yanthan said that various suggestions and opinions were given by the members, who also stressed the need to have regular discussions before meeting the Assam government for an amicable settlement of the issue.  For this the border affairs department has been entrusted to work out the modalities to settle the border issue by having a proper discussion with the Assam government outside the court, he said.

Committee co-convener, T R Zeliang, who is also the leader of Naga People's Front (NPF), said that the meeting deliberated on the past failures in respect of an amicable settlement between the two states.

In the past, the Assam government had depended on the court, which cannot demarcate the boundary line between the two states, he said. Zeliang said Nagaland government has been attempting to settle the border dispute amicably with the involvement of the ministry of home affairs in 2014 and 2015 during his tenure as chief minister but the then Assam chief minister Tarun Gogoi was not friendly with the Nagas, he said.

"Chief Minister Himanta Biswa Sarma has a friendly relationship with Nagaland and in view of it we believe that both the states can come together to discuss the matter and settle it amicably," he said.

Zeliang said that the select committee meeting during the day decided that both the states should form local bodies composed of indigenous people in the border areas to sit together at the advice of the state governments.  Further, it was decided to propose to bring in a neutral person - either  Union Home Minister Amit Shah or Prime Minister Narendra Modi - to review the past interim agreements signed between Nagaland and Assam.

The interim agreements were one-sided and we hope to have a concrete decision between the two states soon, Zeliang added. The committee will submit its report to the Assembly within three months from the date of its formation, which is August 5.

Assam's border dispute with Nagaland dates back to the creation of the state in 1963. The Nagaland State Act of 1962 had first defined its borders according to the 1925 notification after Naga Hills and Tuensang Area (NHTA) were integrated into a new administrative unit and made an autonomous area. However, Nagaland demanded that the new state should comprise the Naga Hills and all Naga-dominated areas in North Cachar and Nagaon districts.

This led to tensions between Assam and Nagaland resulting in the first border clashes in 1965 and was followed by a series of such clashes. Later, the Assam government moved Supreme Court with a case for identification of boundaries and resolving border disputes which are still pending.