Nagaland Minister Has A Witty Response To Google Search On His Wife; Shaadi.com Joins In

Nagaland Minister of Higher Education, Temjen Imna Along took to Twitter to share a Google search about his wife as he added that he is still looking for one. 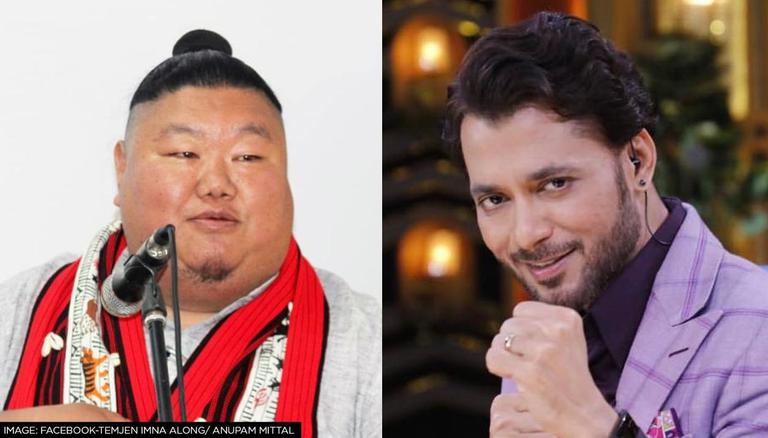 
A rare thing to witness among political leaders, Nagaland Minister Temjen Imna Along's sense of humour is something that has recently grabbed the attention of netizens as he continues sharing amusing tweets. In a recent, the Nagaland Minister of Higher Education, Temjen Imna Along took to Twitter sharing a Google search about his wife as he added that he is still looking for a wife.

I am still looking for her! pic.twitter.com/RzmmgyFFeq

Further, what caught the attention of the people more was the reply from Shaadi.com founder Anupam Mittal and the matrimonial site itself. Responding to the Minister's tweet, Anupam Mittal said, "kuch karna padega (will have to do something)" Following that, as Imna Along replied saying that "I am relaxed", Shaadi.com jumped in and added, "We've been waiting Along Imna. time for you sir! Aa jao!"

We've been waiting @alongimna time for you sir! Aa jao! 😉

However, things got funnier with netizens jumping into the comment section and sharing their own views in a hilarious manner. While a user wrote, "I just love this man. I have always been the admirer of North East People. They are just wonderful people with great sense of humour", another one said, "Reading d comments on ur tweet, it seems ur Search ll end soon. Be ready to get many Proposals. Best of Luck."

In another tweet shared on the occasion of World Population Day, Temjen Imna emphasized the need to remain sensitive toward the issue of population growth and childbearing. "Or #StaySingle like me and together we can contribute towards a sustainable future. Come join the singles movement today", he jokingly added.

On the occasion of #WorldPopulationDay, let us be sensible towards the issues of population growth and inculcate informed choices on child bearing.

Or #StaySingle like me and together we can contribute towards a sustainable future.

Prior to that, he also grabbed headlines for his reaction over comments on the "small eyes" of people from the northeast. Joking about the same, the Minister while speaking at a public programme said that northeast Indians have small eyes, but a 'strong vision'.

He further also joked that small eyes help to 'sleep during long programmes".