On Wednesday, businessman Navneet Kalra's anticipatory bail plea in connection with the hoarding of oxygen concentrators was dismissed by a Delhi court. 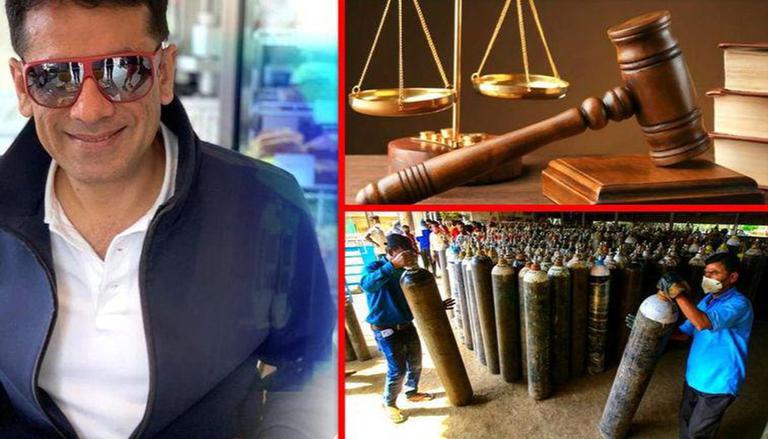 
On Wednesday, businessman Navneet Kalra's anticipatory bail plea in connection with the hoarding of oxygen concentrators was dismissed by a Delhi court. A day earlier, Additional Sessions Judge Sumit Dass had refused to grant him interim relief from arrest and transferred the case to Additional Sessions Judge Sandeep Garg. During the hearing, Kalra's counsel Vikas Pahwa argued that selling oxygen concentrators in the open market will not amount to black marketing as the government has neither regulated nor fixed their MRP.

Pointing out that the offences in the FIR carry a punishment of fewer than 7 years, he contended that pre-arrest bail must be granted in wake of the Delhi High Court's directive for decongesting prisons. On the other hand, Public Prosecutor Atul Shrivastava opposed the plea citing that Kalra is an influential person. Moreover, he pressed for police custody so that the investigating agency can ask relevant questions pertaining to the alleged black marketing. After hearing the arguments, the court had reserved the order.

A Delhi Court dismisses the anticipatory bail plea of businessman Navneet Kalra, in connection with a case relating to the hoarding of oxygen concentrators in a restaurant in South Delhi pic.twitter.com/gvwk5NO3ji

Amid the shortage of oxygen in the country, the Delhi Police recovered 524 seized oxygen concentrators out of which 96 were recovered from Khan Chacha restaurant, nine from Town Hall restaurant- both in Khan Market and 419 from Nege & Ju restaurant-cum bar in Lodhi Colony and the Matrix Cellular company’s godown in south Delhi’s Chhatarpur. Kalra is the owner of the aforesaid restaurants. The police registered an FIR under Sections 34, 120B, 188 and 420 of the Indian Penal Code and Sections 3 and 7 of the Essential Commodities Act. According to the police, the accused persons are involved in hoarding and black marketing of oxygen concentrators.

Moreover, it claimed that Matrix Cellular CEO Gaurav Khanna was overseeing the import of oxygen concentrators and their sale at high prices. 5 persons including Khanna, a sales executive and the manager of Nege & Ju restaurant were arrested by the police. Meanwhile, a look out circular (LOC) was issued against Kalra owing to the apprehension that he might try to flee the country.

In a statement, Matrix Cellular asserted, "Matrix is deeply pained by the insinuations that have been made against the company and its employees that it has engaged in black-marketing or hoarding of oxygen concentrators; when Matrix's intentions have been to ensure quick and efficient access to oxygen concentrators, after complying with all applicable laws".  It added that Matrix will fiercely contest the "baseless allegations and misguided investigation". On Wednesday, 4 of the accused including Khanna were granted bail by the Saket court subject to a personal bond of Rs. 50,000 and surety of the like amount.