A MiG-29K training aircraft of the Indian Navy crashed in Goa on Saturday morning. The crash took place at the Verna plateau. Both pilots ejected safely

A MiG-29K training aircraft of the Indian Navy crashed in Goa on Saturday morning. The crash took place at the Verna Industrial plateau, with visuals showing it triggering a vast column of dense dark smoke, thankfully in an unpopulated area. Both the pilots managed to eject safely, reported ANI, with visuals of the parachutes being deployed being captured by locals.

Indian Navy Sources: A MiG-29K fighter aircraft crashed in Goa soon after it took off for a training mission. Both the pilots have managed to eject safely. The aircraft involved in the crash was a trainer version of the fighter jet. pic.twitter.com/nMWPYOeUFN

Here is the press note: 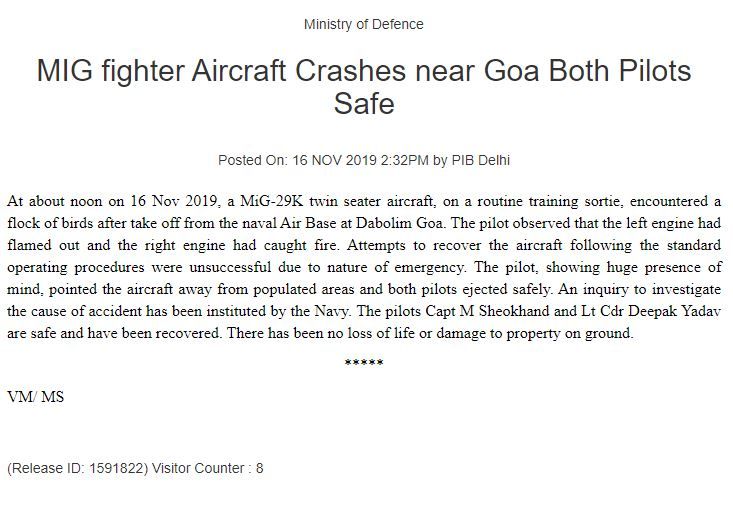 Informing more about the incident, the Navy spokesperson said that the aircraft crashed during a training mission. The aircraft took off from INS HANSA at Dabolim in Goa, informed Spokesperson Navy. The pilots - Captain M Sheokhand and Lt Cdr Deepak Yadav ejected safely, the Navy confirmed. 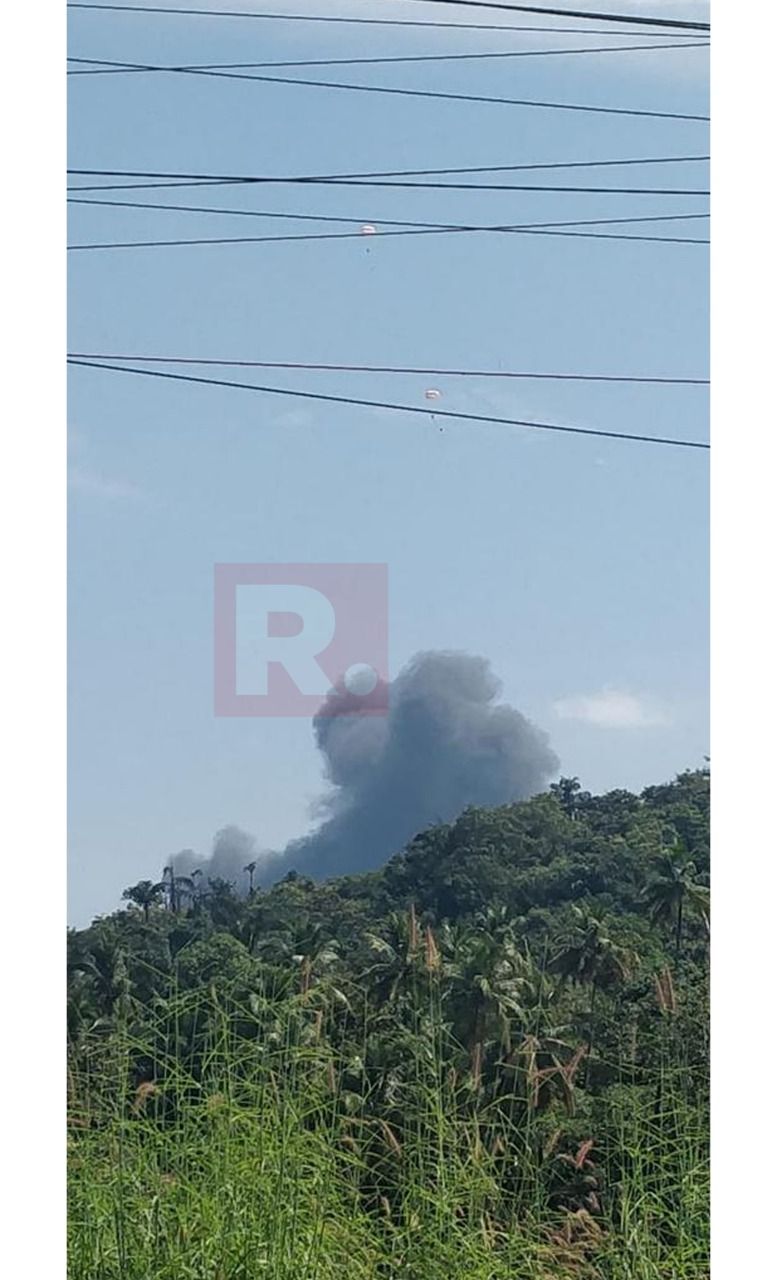 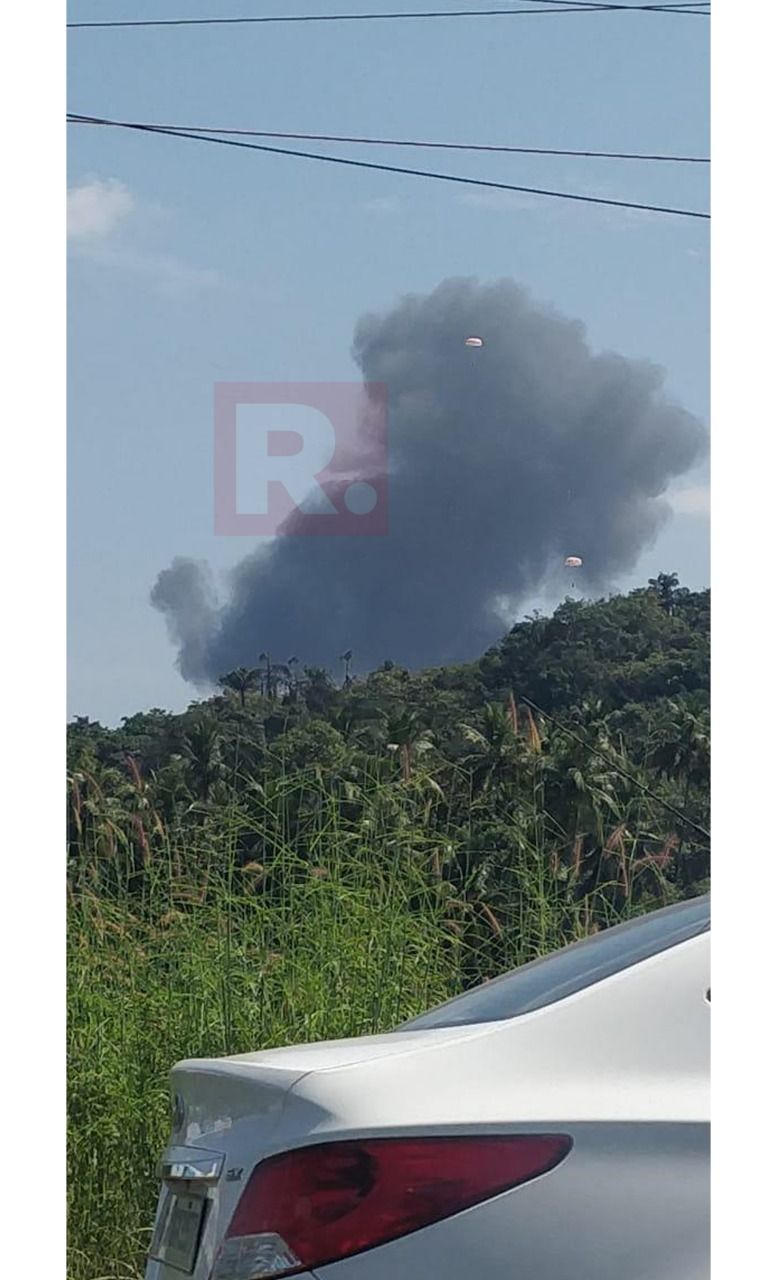 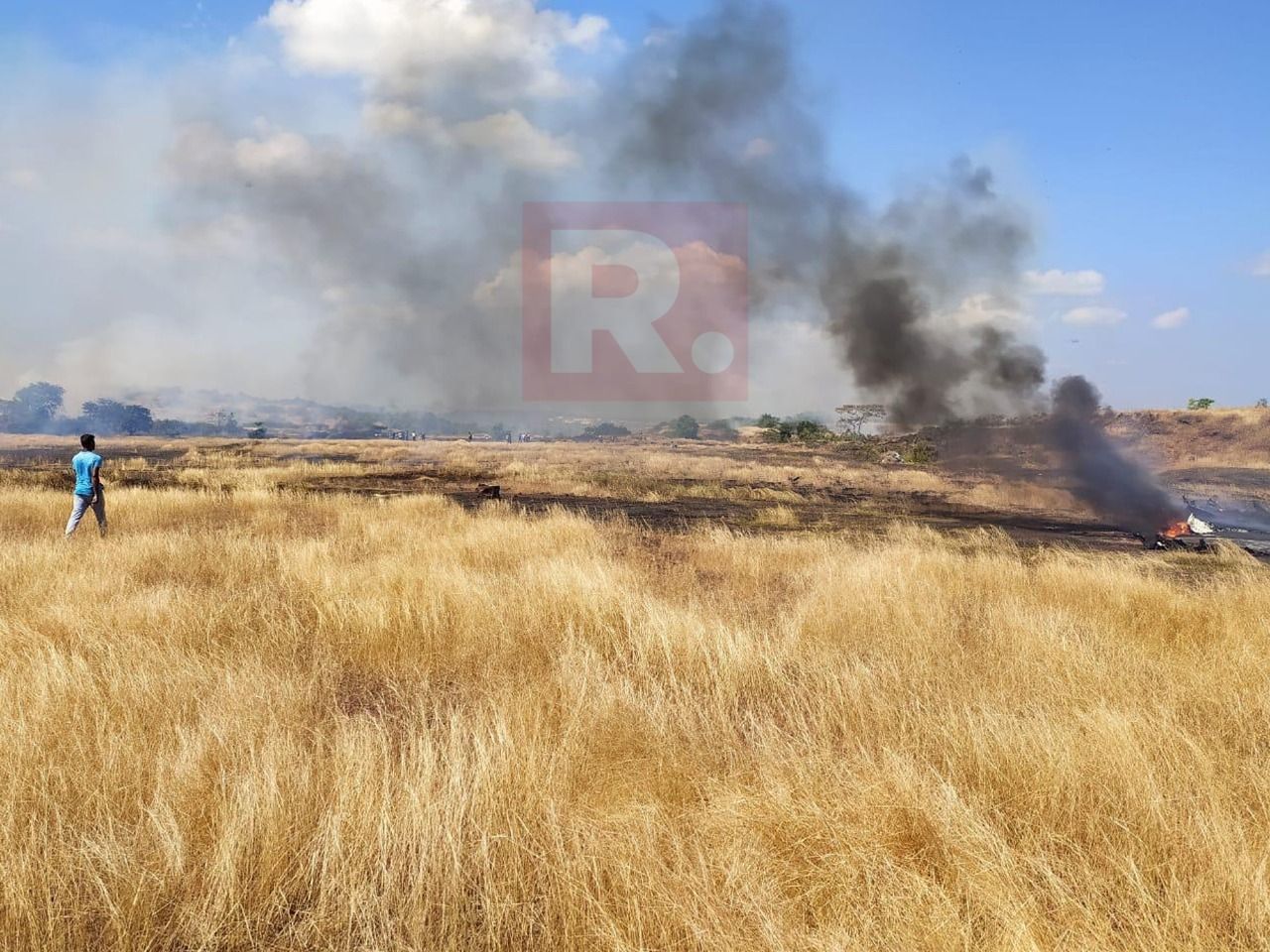 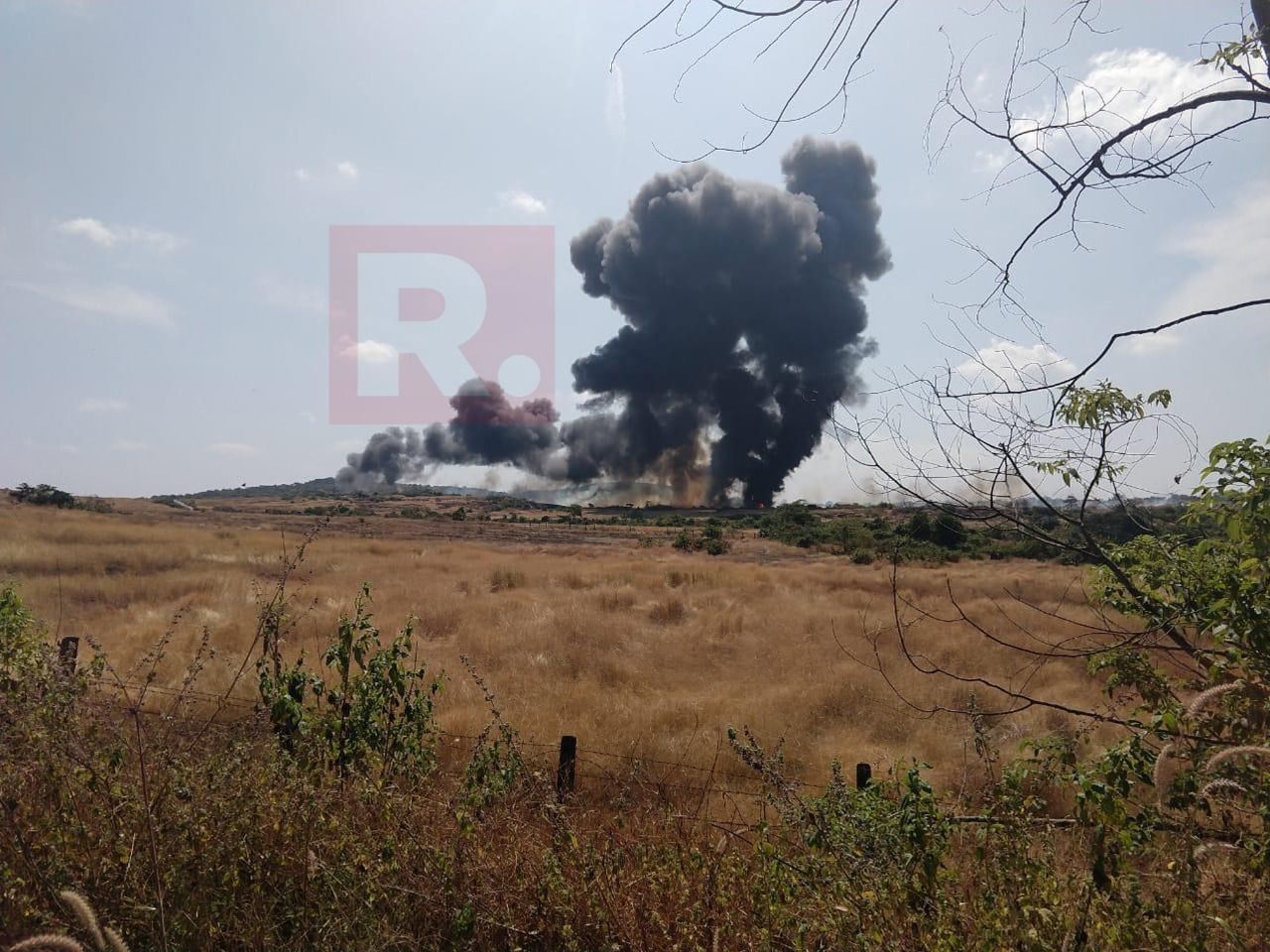 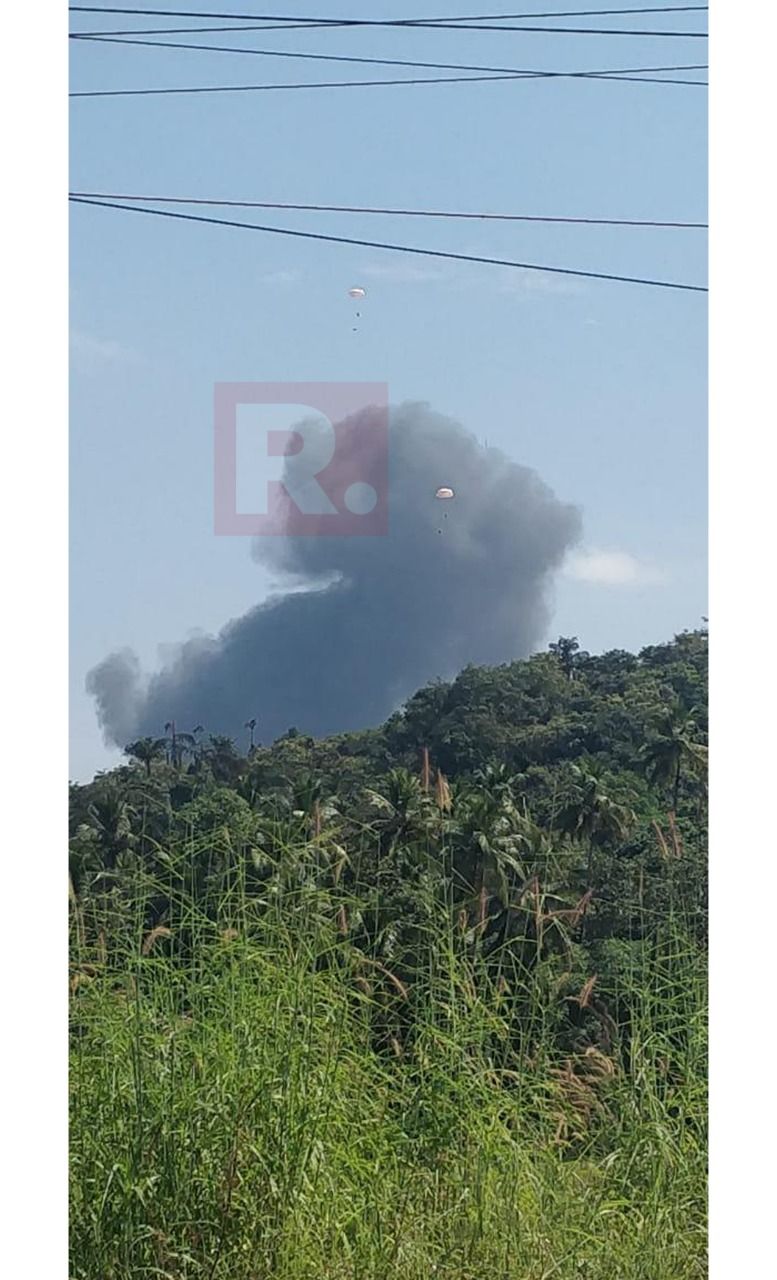 Earlier in June a mishap involving a MiG-29K jet led to Goa airport operations being suspended for 90 minutes. The naval fighter jet's external fuel tank was inadvertently jettisoned during take off and caused a fire on the runway. Fighter jets often carry fuel tanks that can be detached as per mission requirements. The Goa airport is used for both civilian and military aircraft.