In a major breakthrough in the ongoing investigation in the Mumbai cruise drug bust case, the NCB on Saturday arrested a peddler from Mumbai's Khar West 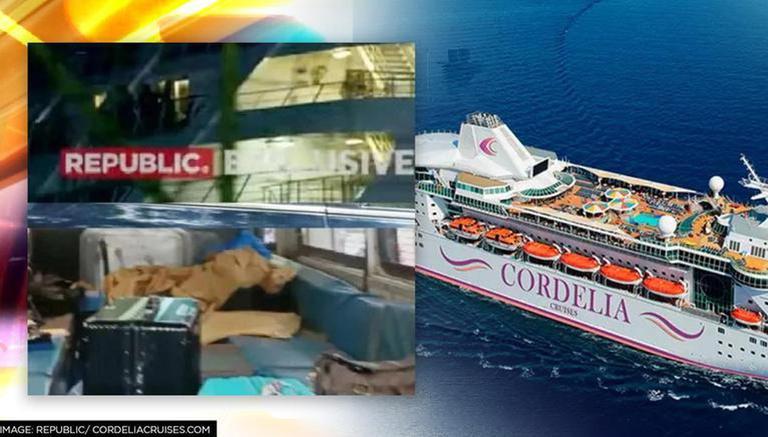 
In a major breakthrough in the ongoing investigation in the Mumbai cruise drug bust case, the Narcotics Control Bureau on Saturday arrested a peddler from Khar West who allegedly sold charas to Arbaaz Merchant, sources informed. Notably, this is the nineteenth arrest in the case, since the drug party was busted on the cruise last Saturday.

According to sources, the accused arrested on Saturday used to supply charas to Arbaaz Merchant. The NCB in its panchanama has confirmed that charas was recovered from Arbaaz, and he along with Aryan Khan intended to consume it inside the ship for a 'blast'.

The NCB Panchnama claims, "IO (Investigating Officer) Ashish Ranjan Prasad asked them that whether they accepted and then Arbaaz A Merchant said that he is having Charas hidden inside his shoes. The Charas in zip lock pouch was taken out from shoes voluntarily by Arbaaz A Merchant and was handed over to IO Ashish Ranjan Prasad. The zip lock pouch was having a black sticky substance. It was tested with DD Kit which was confirmed as Charas. Arbaaz A Merchant admits that he consume charas with Aryan Khan Shahrukh and they are going inside Cordelia cruise for a blast. On asking, Aryan Shahrukh Khan admit he also consume charas and the charas was meant for smoke during the cruise journey..."

The central agency on Saturday summoned Shah Rukh Khan's driver for interrogation. According to republic sources, during the probe, it was revealed that Arbaazn Prateek Gada and others first reached Mannat and from there they left together in a Mercedes for Mumbai international cruise terminal to bard Goa-bound Cordelia cruise. However, they were detained by NCb before departure. The driver, identified, as Mishra, then reportedly returned to the bungalow.

READ | NCB panchnama says Aryan Khan admitted to consuming Charas, Arbaaz had it in his shoes

Mumbai's Killa court on Friday denied bail to Aryan Khan citing that his plea was 'not maintainable'. He along with Arbaaz is currently in 14-day judicial custody in Mumbai's Arthur jail. Two women accused- Nupur and Munmun Dhamecha- have been sent to Byculla jail. The NCB has also summoned film produced Imtiaz Khatri for the second time on Monday after conducting raids at his office and residence in Bandra.