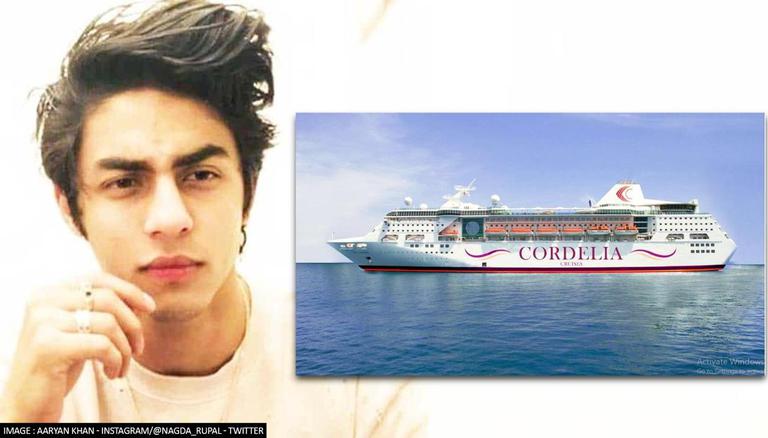 
In a major development in the Mumbai cruise drug bust case, ASG Anil Singh - who appeared for the Narcotics Control Bureau (NCB) - alleged international links to the case. Apprising the Court about the agency's actions, ASG Singh said that NCB has reached out to the Ministry of External Affairs (MEA) to uncover the role of the foreign national.

During the bail hearing of Shah Rukh Khan's son Aryan Khan and others, ASG Anil Singh said, "There is a Whatsapp chat of Aryan, talking to foreign national referred to hard drugs in bulk quantity. We have approached the MEA to find out how we can reach the foreign national."

A Mumbai sessions court on Wednesday adjourned the bail hearing till Thursday at 12 noon. Earlier, NCB had said that the 'shocking and incriminating' WhatsApp conversation of Aryan Khan, Arbaz Merchant and Munmun Shamecha allegedly showed links to International drug trafficking. The anti-drug agency also said that it was probing international transactions in the case.

"I have shown the Whatsapp chat, and in this Whatsapp chat, there is a specific referring of bulk quantity (of drugs). There are other Whatsapp chats I don't want to reveal in the open court but there is an exchange of foreign transactions which refers to hard drugs. The chats, if see minutely, it will be known why the investigation is important and releasing these accused will influence the probe in the case," ASG Anil Singh argued.

Advocate Amit Desai, representing Aryan Khan, said that there is no conspiracy or the sale or purchase (of drugs). "There are no materials against him. So, I seek bail before this court as I am charged with three charges out of which 20b doesn't apply to me," he said. The lawyers of Arbaaz and Munmun also sought bail for their clients. However, the matter has been adjourned till Thursday.

A team of NCB led by Sameer Wankhede on October 2 busted a high-profile drug party on a luxury ship en route to Goa from Mumbai. The party allegedly involved celebrities including Aryan Khan, who was unearthed by NCB following an eight-hour-long operation. Narcotic substances like Hashish, MDMA, Cocaine were recovered and eight people were detained who were later put on arrest. On basis of interrogation, several arrests were made. The agency has now arrested 20 people in the drug bust case. Aryan Khan, Arbaz Merchant and others are currently under judicial custody.