NCB Zonal Director Sameer Wankhede, who is at the centre of a political storm over the recent drugs bust case, wrote a letter to Mumbai CP Hemant Nagrale 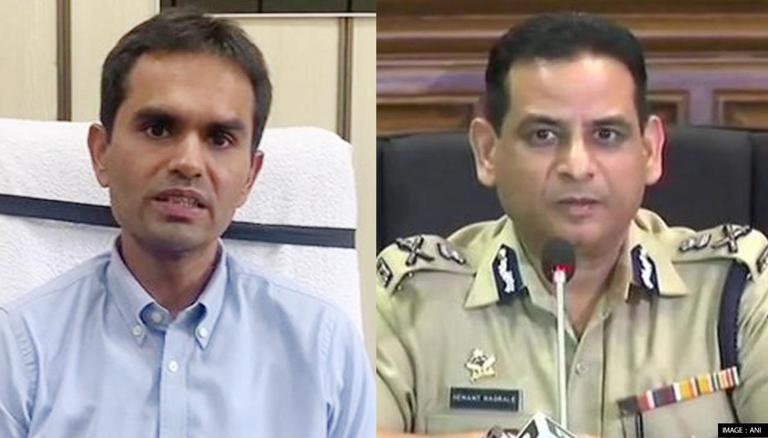 
NCB Zonal Director Sameer Wankhede, who is at the centre of a political storm over the recent drugs bust case, wrote a letter to Mumbai Police Commissioner Hemant Nagrale on Sunday, seeking protection from any "legal action to frame him falsely with ulterior motives."

In his letter to the CP, Wankhede stated that some precipitate legal action was being taken to frame him falsely in connection with bribery allegations of an independent witness in the Aryan Khan case. The NCB officer noted that the matter has already been referred to the agency's Director-General for necessary action and therefore any legal action would not be required.

He further mentioned that threats of jail and dismissal have been issued against him by highly respectable public functionaries. Wankhede was referring to the recent attacks and extortion charges levelled by leaders of the Nationalist Congress Party (NCP) following the drugs bust at Cordelia cruise in Mumbai, in which Shah Rukh Khan's son Aryan was arrested.

Maharashtra Minister and NCP Spokesperson Nawab Malik has repeatedly accused Wankhede of filing bogus cases against celebrities in order to extort money, that he later uses to take foreign trips. The NCB officer has however firmly rejected the allegations and also threatened to take legal action over the extortion allegations.

Wankhede hs now requested Mumbai CP Hemant Nagrale to "ensure that no precipitate legal action is carried out to frame him falsely with ulterior motives." 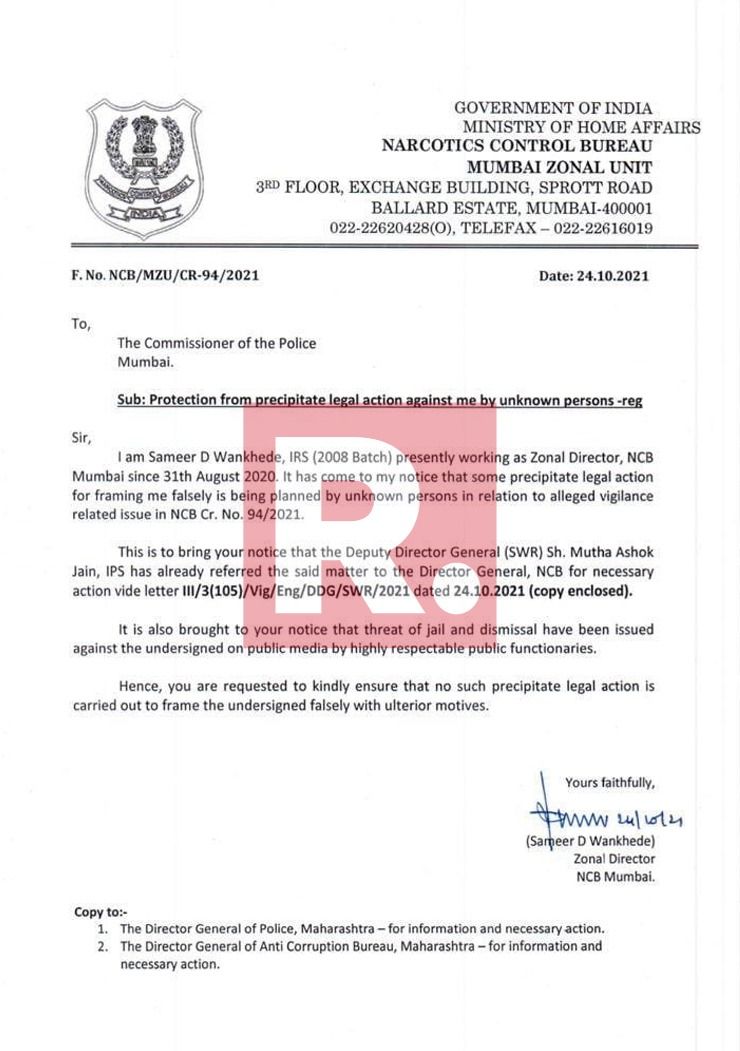 The Narcotics Control Bureau (NCB) has been investigating the Bollywood-drugs nexus in full swing. At the heart of the investigation is Sameer Wankhede who leads the Mumbai wing of anti-drug trafficking. A series of allegations have been levelled against him by Maharashtra's ruling party NCP after the agency busted a drug party on a cruise ship from Mumbai to Goa on October 3. The investigation led to the high-profile arrest of Shah Rukh Khan's son Aryan Khan.