On Monday, NCP president Sharad Pawar asked the Centre to undertake a caste-based census while relaxing the 50 percent quota on reservations. 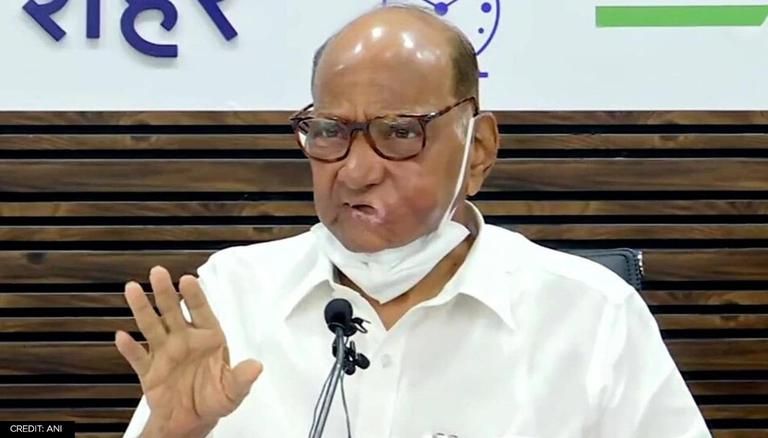 
On Monday, the Nationalist Congress Party (NCP) president Sharad Pawar asked the Centre to undertake a caste-based census while relaxing the 50 percent quota on reservations to ensure social justice. The NCP president hinted that his party will be building public opinion against the Centre on the issue.

"The constitutional amendment of restoring the right of the states to prepare a list of OBCs, taken away two years ago, is a mere eyewash," said the former Union Minister adding that the Narendra Modi-led Central government had misled people on the quota issue. The leader highlighted that unless the 50 percent quota is relaxed, the Maratha quota cannot be restored and that, similarly, the empirical data on OBCs should be shared with the states. "Unless the data is available, it cannot be known how much representation needs to be given to smaller castes," Pawar said.

The NCP chief also claimed that a section of BJP leaders are in favour of a caste-based census but need more courage to voice their opinion before Prime Minister Narendra Modi. “A section within the BJP seems to be in favour of a caste-based census. I hope that the number of such members within the party will increase in the coming days. BJP members need to cultivate the courage to speak and voice their opinion before PM Modi. I am hopeful this will happen in the coming few days,” Pawar said.

The Constitution (127th) Amendment Bill, also known as the OBC bill, was passed in the Lok Sabha on August 10. The bill clarifies certain provisions from the 102nd Constitutional Amendment Bill. It allows the states and union territories to prepare their own list of backward classes (OBC). The opposition leaders in the House also backed the Bill. The bill was passed with 385 members voting in its favour and none against the final division as the Opposition decided to 'cooperate' with the government in passing it. This bill was necessitated by the Supreme Court's interpretations of some provisions in the 102nd Constitutional Amendment Act, which had inserted Article 338B and Article 342A (with two clauses) after Article 342. Article 338B deals with the structure, duties and powers of the National Commission for Backward Classes, while Article 342A says that the president of India, in consultation with the governor, would specify the SEBCs.