The case relates to a 2005-2006 deal that the senior NCP leader Chhagan Bhujbal allegedly gave to a firm when he was the PWD minister. 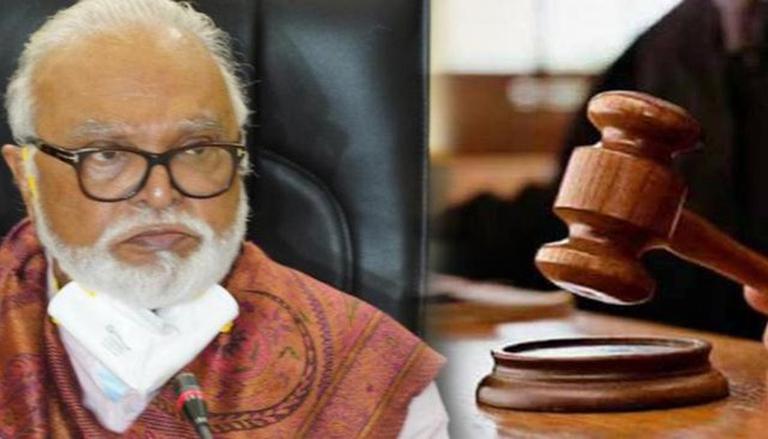 
A special court here on Thursday discharged Maharashtra minister and senior NCP leader Chhagan Bhujbal and seven others, including his son and nephew, in the Maharashtra Sadan scam case being probed by the state ACB.

Besides Chhagan Bhujbal (73), the special court hearing cases related to the Anti-Corruption Bureau (ACB), discharged his son Pankaj, nephew Sameer and five others in the 2015 case.

They had sought discharge in the case, related to alleged corruption in the construction of a new Maharashtra Sadan in Delhi and involvement of a private firm, claiming there was no evidence to prosecute them and the court allowed their applications.

Reacting to the development, Chhagan Bhujbal said, "Truth can not be defeated".

“The truth can be harassed but not defeated. There were some people who deliberately tried to harass me, but failed. I faced a media trial as well," said the NCP minister.

The Bhujbals were represented in the court by counsel Prasad Dhakephalkar along with advocates Sajal Yadava and Sudarshan Khawase.

They submitted that all the allegations against them were false and were based on wrong calculations, assumptions and presumptions.

Despite a voluminous charge sheet, running into thousands of pages and filed in 2016, there was no sufficient evidence to proceed with the trial, they argued.

"He (Chhagan Bhujbal) had no role in the selection of the developer. Neither he had any role In selecting the quantum of benefits to be conferred on the developer," the lawyers argued.

There is no material on record in any form to suggest that the NCP leader got illegal gratification, they added.

The ACB, in a reply filed through special public prosecutor Ajar Misar, had earlier opposed the discharge pleas, saying Bhujbal and his family members had received kickbacks from a construction firm, KS Chamankar Enterprises.

Special judge HS Sathbai, after hearing both sides, allowed the discharge pleas of the accused. However, a detailed order was not available yet.

The case relates to a 2005-2006 deal that the NCP leader allegedly gave to the firm when he was the PWD minister.

According to the ACB, the contractors had "earned 80 per cent profit" in the construction of Maharashtra Sadan (the state government's guest house) in Delhi, while as per the government circular, such contractors were entitled to "only 20 per cent gain".

On July 31, the court had discharged four other accused in the case. It had then said there was neither any illegality nor any direct or circumstantial evidence to show that certain illegal means were adopted in awarding a contract for the construction of Maharashtra Sadan.

The ACB has claimed that the original cost estimate for Maharashtra Sadan was Rs 13.5 crore, but it was later increased to Rs 50 crore.

The Bhujbals got Rs 13.5 crore in kickbacks from the firm, which earned a profit of about Rs 190 crore from the construction of Maharashtra Sadan and other PWD works, the state agency has alleged.

The anti-graft agency has alleged the books of accounts had been "fudged" to show that the profit earned was only 1 per cent.

The probe agency has claimed that for the construction of Maharashtra Sadan, K S Chamankar Enterprises had transferred money to Niche Infrastructure and other companies in which the minister`s son Pankaj and nephew Sameer Bhujbal were directors.

Most of the companies floated by the Bhujbals were in the name of employees and were used for siphoning off funds, the ACB has claimed.

Chhagan Bhujbal, now the Food, Civil Supplies and Consumer Protection Minister in the Shiv Sena-led MVA government, said false accusations were made against him and his family.

“I spent more than two years behind bars along with my relatives. Several false accusations were made against me and my family. But I constructed Maharashtra Sadan like a five-star hotel, and everybody praised it,” the veteran politician said.

On the other hand, activist Anjali Damania, who had made corruption allegations against Chhagan Bhujbal, said she was going to challenge the verdict in the Bombay High Court.

"The state government did not make enough efforts, hence the public prosecutor did not argue the case against Bhujbal. It is sheer misuse of the state machinery in favour of accused persons like Bhujbal," she said.