Sharad Pawar urged Chief Minister Eknath Shinde to keep all the state parties in confidence before taking any decision in the Maharashtra-Karnataka border row. 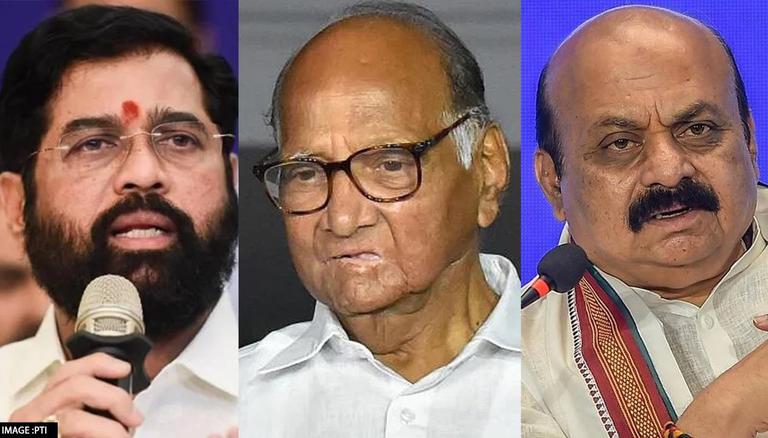 
As the Maharashtra-Karnataka border row intensified, National Congress Party (NCP) chief Sharad Pawar on Tuesday issued a stern warning to the Chief Minister Basavaraj Bommai-led government to "not test the patience of Maharashtra people and resolve the issue immediately" to avoid an unexpected situation. Pawar also urged Maharashtra Chief Minister Eknath Shinde to keep all the state parties in confidence before taking any decision in the matter.

Accusing the Karnataka government of intentionally escalating the situation, Pawar said, "Despite Chief Minister Shinde's talk with Karnataka Chief Minister, he has not shown any softness on the issue. One must not test our (Maharashtra) patience and this shouldn't go in the wrong direction."

"Chief Minister Shinde must keep all the parties in confidence before taking any decision regarding the border issue. Parliament session is about to begin, I request all MPs to come together and take a stand on the same," he added.

The NCP leader's comments came hours after the Karnataka-Maharashtra border controversy took a turn on Tuesday as 11 Maharashtra villages demanded a merger with Karnataka. Notably, both Karnataka and Maharastra are involved in a faceoff for the past many years over the status of predominantly Marathi-speaking regions such as Belagavi and others.

Amid the ongoing border dispute between the two states, 11 villages from Maharashtra's Solapur district demanded a merger with neighbouring Karnataka. Following the demand, a delegation of villagers also submitted a proposal passed by the respective Gram Panchayats to the District Collector.

Putting forward their demand, the villagers highlighted the absence of roads, and educational and health facilities. They also urged the Maharashtra government to provide the same and if the government fails to complete their demands they will be compelled to be a part of the neighbouring state.

The tussle over the border dispute intensified on November 22 recently when Karanataka Chief Minister Bommai asserted that his government was seriously considering the merger of Maharashtra's Sangli district to merge with Karnataka in view of the resolution passed by some villages in the Jat taluka.

Following the Karnataka Chief Minister's statement, Maharashtra Deputy Chief Minister Devendra Fadnavis said that no village in his state will be ceded to Karnataka. In response, to the counterattack, Bommai dubbed Fadnavis' statement as a 'provocative' remark and staked claim to Kannada-speaking regions of Maharashtra.