After Droupadi Murmu was announced as the NDA's presidential candidate for the upcoming presidential polls, the Centres has accorded Z+ security to her. 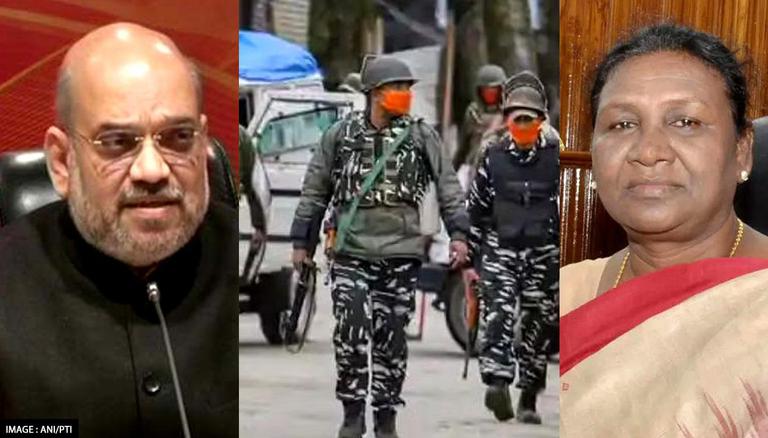 
After Droupadi Murmu was announced as the NDA's presidential candidate for the upcoming presidential polls, the Centre has now accorded Z+ security cover by the armed Central Reserve Police Force (CRPF) personnel.

As per the reports, following the announcement of NDA's presidential candidate, the Home Ministry under Amit Shah directed the CRPF to deploy its VIP security protection team to take charge of Droupadi Murmu's security. "The Centre has accorded a Z+ security cover of CRPF commandos to the NDA's presidential candidate Droupadi Murmu," officials said on Wednesday, PTI reported. Notably, Bharatiya Janata Party (BJP) national President JP Nadda on Tuesday announced the former Jharkhand governor Droupadi Murmu who hails from Odisha as the NDA's candidate for the upcoming Presidential election.

According to PTI, the armed squad of CRPF took over the security of Murmu on early Wednesday morning after the orders from the Home Ministry. It is pertinent to mention that Z+ security is the second-highest level of security given to the VIPs of the country wherein a security cover of 55 personnel, including 10+ NSG commandos and police personnel are deployed for security.

The BJP parliamentary board, including Prime Minister Narendra Modi, on Tuesday, held a meeting to deliberate on the party's candidate for the presidential poll, hours after the opposition named Yashwant Sinha as its joint nominee. The saffron party has named Droupadi Murmu the NDA presidential candidate. If elected, she will be the first tribal President of India and the second-ever female President.

READ | Who is Droupadi Murmu, NDA's candidate for 2022 Presidential elections?

Who is Droupadi Murmu?

Droupadi Murmu was born in 1958 and started her political career in 1997 when she was an elected councillor in the Rajrangpur district of Odisha and also became the vice-president of the Scheduled Tribes Morcha of the Odisha unit of the BJP in the same year. Prior to her political life, Droupadi used to be an honorary assistant teacher.

She has also served as BJP District President of Mayurbhanj from 2002 to 2009 and in 2013 again. She has been a two-time BJP MLA in Odisha and also served as a cabinet minister in the Naveen Patnaik-led state government when it had an alliance with the BJP. Murmu was also the first woman governor of Jharkhand.

As far as her personal life is concerned, Murmu lost her husband and two sons earlier in her life. It is important to mention that she has two decades of experience working for the upliftment of the tribal community.