Over 63 lakh cases across the country have been considered to be delayed due to non-availability of counsel and over 14 lakh cases are delayed as they await some kind of document or record, Chief Justice of India DY Chandrachud said on Friday here. 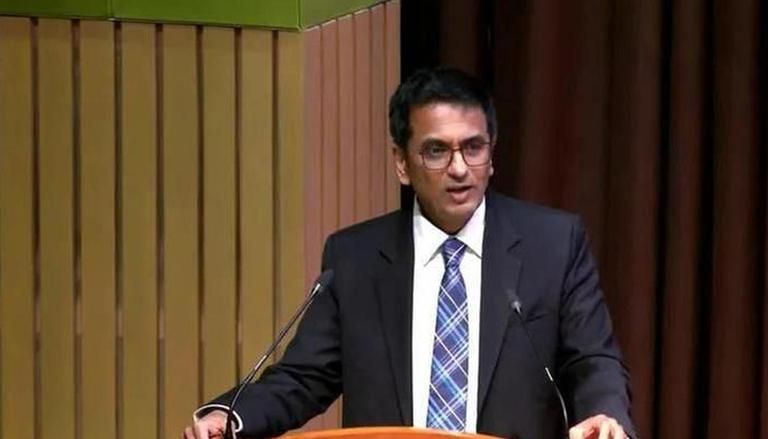 
Over 63 lakh cases across the country have been considered to be delayed due to non-availability of counsel and over 14 lakh cases are delayed as they await some kind of document or record, Chief Justice of India DY Chandrachud said on Friday here.

Speaking at the inauguration of the Andhra Pradesh Judicial Academy, Justice Chandrachud said people must get rid of the colonial mindset of referring to and treating the district courts as subordinate judiciary in hierarchy and in practice. They are not only the backbone of the judiciary but also the first interaction with the judicial institution for many.

Bail, but not jail, is one of the most fundamental rules of the criminal justice system. Yet in practice the number of undertrials languishing in prisons in India reflects a paradoxical situation, deprivation of liberty, even for a single day is a day too many, he further said.

"Across the country according to the NJDG (National Judicial Data Grid) data, almost 14 lakh cases have been delayed as some kind of record or document is being awaited which is beyond the control of the court," he said.

"Similarly, across the country over 63 lakh cases have been considered to be delayed, as per NJDG data due to non-availability of counsel. We really need the support of the Bar to ensure that our courts are functioning at optimum capacity," the CJI said.

He, however, said it may be much higher or lesser as more data is yet to be received from all courts.

Speaking about district courts, he asserted that Section 438 of the CrPC (bail) and Section 439 (cancellation of bail) must not be meaningless, mechanical, procedural remedies which are perceived at the grassroots level, at the district judiciary, only to get a rejection and then move to a higher court.

According to him, remedies must be provided by the district judiciary itself as they affect the poorest of the country.

Justice Chandrachud said there is also a brooding sense of fear among the courts of the first instance, on how the grant of anticipatory bail or a normal bail will be perceived at the higher level and that fear is not purely irrational.

"There have been multiple cases where trial court judges have been pulled up for grant of bail in certain High Courts. The performance of judges has been analysed on the basis of their conviction rate. At the chief justices conference, I have specifically called upon the chief justices to ensure that such practices are done away with," he said.

He suggested judicial officers who have several limitations in mingling freely in society, to focus on what is happening in the outside world and judges should give a sense of emotional stability in the discharge of their tasks.

The CJI said Justice Clocks which will shortly be set up in every court establishment to ensure monitoring of the progress of cases.