Furthermore, Sitharaman stated that Power Minister RK Singh also went on record a couple of days ago to clarify that the coal crisis/shortage was 'baseless'. 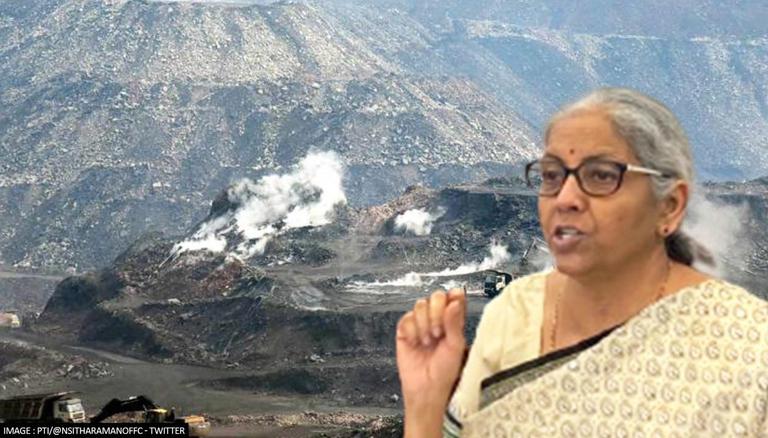 
Redressing speculations over the alleged coal crisis in the country, Finance Minister Nirmala Sitharaman asserted there existed no such dearth and termed the misinformation as 'absolutely baseless'. In addition, she deemed the country as power surplus and dismissed rumours in relation to shortages of inventories which disrupt the supply-demand situation in energy consumption or leading to power crisis.

"Absolute baseless! There is no shortage of anything," the Finance Minister said.

During the conversation organised by the Mossavar-Rahmani Centre for Business and Government, Union Min Sitharaman was questioned by Harvard Professor Lawrence Summers over the scarcity of energy and reports of reduced coal inventories in India. Furthermore, FM Sitharaman stated that Power Minister RK Singh also went on record a couple of days ago to clarify that such information was 'baseless'.

In fact, if I recall the minister's statement, every power-producing installation has the next four days' stock absolutely available within their own premises and the supply chain has not broken at all," Sitharaman added.

Furthermore, the Finance Minister clarified that the country was not heading toward any deficiency which may trigger any shortfall of supply. The Minister said that the administration has been taking 'fairly good amount of risks to see what the basket of energy is available and how much is based on fossil and fuel. Additionally, she said that Centre was constantly searching for ways to transfer energy usage in favour of renewable energy and the concern was no disruption in the supply chain but identifying newer components in the energy sector.

"So that takes care of India's power situation. We are now a power surplus country," Nirmala Sitharaman said.

The Finance Minister's statement holds relevance amid heightened speculations over the coal crisis due to the inundation of domestic coal mines after the monsoon season and a spike in its global prices. "Coal stocks have started increasing in the last four days," it said. In addition, sources alleged that the states were not picking up coal stocks from Coal India Ltd (CIL) despite repeated reminders. "States have to pay nearly Rs 20,000 crores as dues to Coal India," government sources disclosed. Rajasthan owes approximately Rs 278 crores, while Maharashtra and Tamil Nadu owe Rs 2600 crore and Rs 1100 crore respectively. States like West Bengal, Punjab, Madhya Pradesh, and Karnataka also owe Rs 2000 crores, Rs 1200 crore, Rs 1000 crore, and Rs 23 crore respectively.