'No Material Change On Ground': India In No Rush To Answer Pakistan's SAARC Invite

Ministry of External Affairs Spokesperson Arindam Bagchi further informed that ‘there has been no consensus, that will permit the holding of the SAARC summit.’ 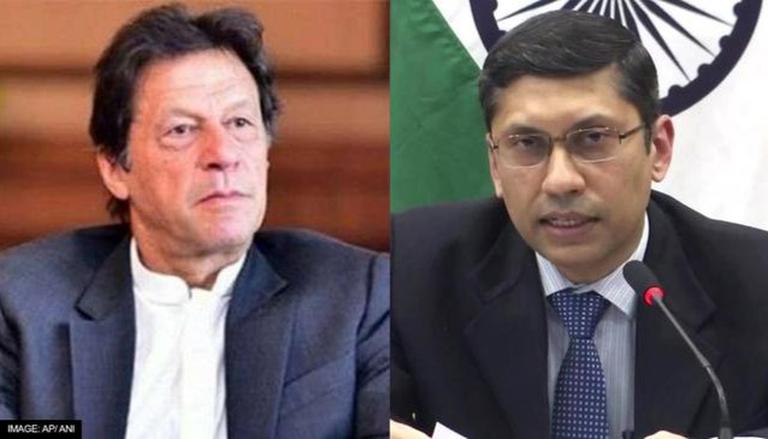 
Despite several requests made by the PM Imran Khan-led Pakistan government urging India to attend the SAARC summit scheduled to be hosted by Islamabad, India has not made any decision yet to participate in the summit even virtually, the Ministry of External Affairs informed on Thursday.

Informing further, the Ministry of External Affairs Spokesperson Arindam Bagchi held a press conference on Thursday and clarified that there is no material change on the ground on the decision of participating in the SAARC summit being held by Pakistan. He further informed that ‘there has been no consensus, that will permit the holding of the SAARC summit.'

Pakistan, the host country for the impending South Asian Association for Regional Cooperation (SAARC) Summit, had earlier extended the invite to India on January 3, and other participating nations to join the Summit. SAARC comprises Afghanistan, Bangladesh, Bhutan, India, Maldives, Nepal, Pakistan and Sri Lanka as members. In the invite, it had also stated that the leaders can attend the Summit virtually if not physically.

India had been stern on making any decision on the Summit as it is a feeble attempt by Pakistan to make diplomatic gains at the same time when the country continues to sponsor terrorism in India. Diplomatically, Islamabad is trying to polish its image, while it continues with its nefarious designs to attack India from behind. Pakistan’s hypocrisy was exposed on the same day it had sent the invite, by Border Security Forces in Kashmir.

On Monday, January 3, security forces shot at a suspected Pakistani intruder and later they recovered arms and ammunition at Ramgarh along the India-Pakistan border in Jammu and Kashmir’s Samba region. The BSF had recovered arms including three AK-47 rifles, five packets of heroin, four pistols, five magazines of AK-47 rifles, two pistol magazines, 14 rounds AK-47, and seven bullets of 9mm.

Sharing images of the same, BSF said, "During special ZLP, alert troops of 98 Battalion recovered following arms, ammunition, and heroin hidden in Sarkanda near IB near BP 35." Meanwhile, the recovered sack had the markings of "Karachi Fertilizers Company Limited".

In addition, central intelligence reports claim that Pakistan's ISI has teamed up with Khalistani groups to carry out attacks in India, particularly in poll-bound areas like Punjab.

Pakistan was scheduled to host the 19th SAARC Summit in November 2016. However, following a militant attack on an Indian Army camp in Uri, Jammu and Kashmir, on September 18, that year, India announced that it will not attend the summit. After India's denial, other nations also extended support to India and denied participation. Bangladesh, Bhutan, and Afghanistan declined to attend the Islamabad meeting, therefore, the summit was cancelled.