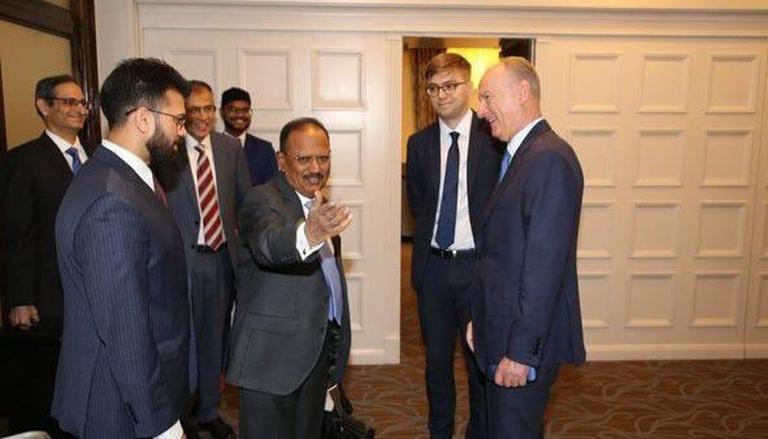 
In his first visit to Moscow following the Russia-Ukraine war, India's National Security Adviser (NSA) Ajit Doval went on an unannounced visit to the country and met his Russian counterpart, HE Nikolai Patrushev on Wednesday.

As informed by the Indian Embassy in Russia, NSA Ajit Doval's visit comes as a part of the ongoing strategic dialogues between India and Russia. During his meeting with the Russian security chief, Doval held talks over the bilateral cooperation between the two countries and further on issues of regional and International interest.

The two sides also decided to continue the dialogue between both countries on Security Councils.

In a statement issued by the Russian government, it said,

“A wide range of issues of bilateral cooperation in the area of security, as well as topical problems on the regional and international agenda were discussed. The two sides agreed to continue the dialogue between the two countries’ Security Councils, having emphasized the progressive development of the Russian-Indian special and privileged strategic partnership.”

It is pertinent to note that India has been committing to remain engaged with Russia despite immense pressure from the western countries in the wake of the ongoing war in Ukraine. Answering such a similar question in Thailand, EAM S Jaishankar responded assertively over India importing Russian oil and called it his “moral duty”.

“...We've been very honest about our interest. I have a country with a per capita income of $2000, these aren't people who can afford higher energy prices. My moral duty is to ensure the best deal...", he said.