Delhi Health Minister Satyendar Jain made a statement on December 2, saying that RT-PCR test of every traveller coming from abroad is mandatory at the airport. 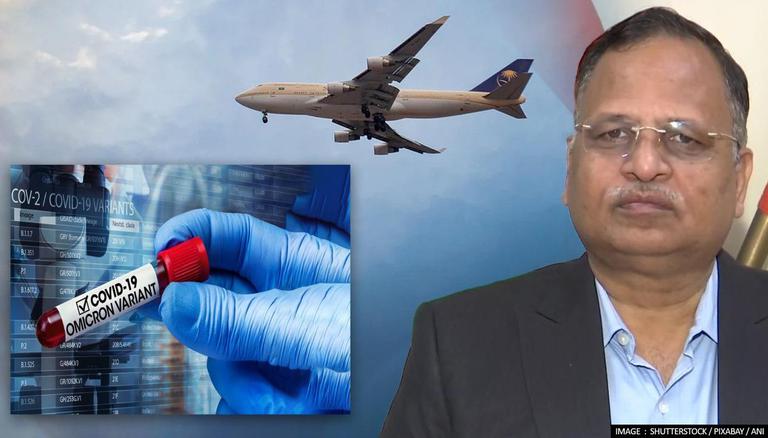 
Delhi Health Minister Satyendar Jain made a statement on Thursday to ANI saying that RT-PCR of every traveller coming from abroad is mandatory at the airport. This is in view of the new Omicron variant. He also mentioned that 4 travellers have been admitted to LNJP Hospital due to testing positive for COVID-19.

He said, “RT-PCR of every traveller coming from abroad is mandatory at the airport, in view of #Omicron. 4 COVID positive travellers have been admitted to LNJP Hospital &4 suspected are being examined. Their samples have been sent for genome sequencing”.

RT-PCR of every traveller coming from abroad is mandatory at the airport, in view of #Omicron. 4 COVID positive travellers have been admitted to LNJP Hospital &4 suspected are being examined. Their samples have been sent for genome sequencing: Delhi Health Minister Satyendar Jain pic.twitter.com/cTAGWmK0V7

Officials said four more travellers from "at-risk" countries tested positive for COVID-19 when they arrived at Indira Gandhi International Airport on Thursday. According to an official, three out of the 243 passengers on the Air France flight that arrived at the airport at 12 a.m. tested positive for COVID. According to the official, one additional person was determined to be infected with coronavirus while travelling with 195 others on a trip from London. Their samples were forwarded to the National Center for Disease Control for genome sequencing to see if they had the novel variant Omicron, which the World Health Organization has classed as a "variant of concern."

Since the higher COVID-19 standards for international travellers went into force at midnight on Tuesday, eight persons from "at-risk" nations have tested positive for the virus. The eight COVID-positive travellers, as well as two other passengers who had "Covid-like symptoms," were sent to Lok Nayak Hospital, where a special ward has been established up to isolate and treat such patients. European countries, including the United Kingdom, as well as South Africa, Brazil, Botswana, China, Mauritius, New Zealand, Zimbabwe, Singapore, Hong Kong, and Israel, have been recognised as "at-risk" by the Centre.

RT-PCR testing are now required for passengers travelling from "at-risk" nations, and they will only be allowed to leave the airport once the findings are received. Additionally, 5% of travellers arriving on aircraft from other countries will be randomly subjected to the Coronavirus test. On Thursday, Union Health Minister Mansukh Mandaviya presided over a meeting today with States on airport screening and surveillance, which included Airport Public Health Officials (APHOs) and Port Health Officials (PHOs). At 10 a.m., the Health Minister convened a meeting with the states.

"We are immediately checking suspicious cases and conducting genome sequencing. We have learnt a lot during the COVID crisis. Today, we have a lot of resources and laboratories. We can manage any situation," the minister said.

With inputs from ANI and PTI