As India celebrates Independence Day today, we must remember who shaped the country's freedom struggle. Here are the names of few such women. Read more. 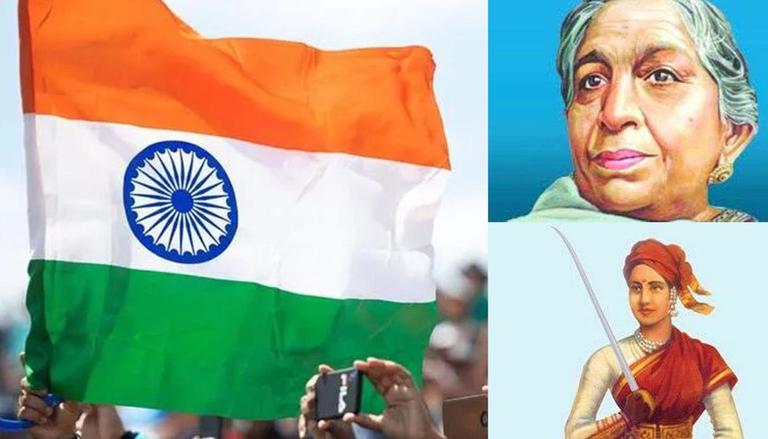 
As India celebrates the 74th year of its Independence, we must remember who shaped the country's freedom struggle. The path to freedom was not just paved by stalwarts like Bhagat Singh and Subhash Chandra Bose, there were innumerable strong women who selflessly contributed in sculpting the Indian independence Movement.

Here are such brave women who fought against the British to lay a route to today's India.

Sarojini Naidu was an Indian poet and a political activist. She was a proponent of civil rights, women's rights and anti-imperialistic ideas. Born on 13 February 1897, Naidu is known as The Nightingale of India. She earned the title due to her contribution to poetry. She is the first woman to be made the President of the Indian National Congress. She also helped to establish the Women's Indian Association (WIA) with many other social reforms.

Rani Laxmibai, a.k.a Jhansi ki Rani was the queen of the Martha Princely State of Jhansi from 1843-1853. She is one of the leading figures to have fought for Indian freedom. Lakshmi Bhai is remembered for Vellore during the Indian mutiny of 1857. Suffered stiff resistance to the invading forces and did not surrender even after her troops overpowered her army.

An eminent freedom fighter, Basanti Devi was born in March 1880. She is known for her participation in Civil Disobedience Movement and the Khilafat Movement. She also participated in the Nagpur session of the Indian National Congress in 1920. She took part in the Non-Cooperation Movement and was arrested for selling Kadi in the streets of Kolkata. She was in charge of the publication 'Bangla Katha,' after nearest offer husband Chittaranjan Das.

Lakshmi Sahgal was an Indian Revolutionary and an officer of the Indian National Army. She was arrested by the British army in May 1945 and was taken as a Prisoner Of War in Burma. She was also the minister of women's affairs in the Azad Hind government.

Begum Hazrat Mahal was married to the Nawab of Awadh Wajid Ali Shah and thus was known as the Begum of Awadh. She is known for her leading role in the rebellion against the British East India Company during the Sepoy Mutiny of 1857. She seized control of Lucknow as a guardian ruler to her minor declared war against the British forces.

Many other unsung woman freedom fighters have sacrificed their lives for an independent India. On August 15, 2021, the country remembers them with respect, pride and honour.