India dispatched medical supplies to Kabul on the return flight that brought evacuated Indians and Afghans from Afghanistan. 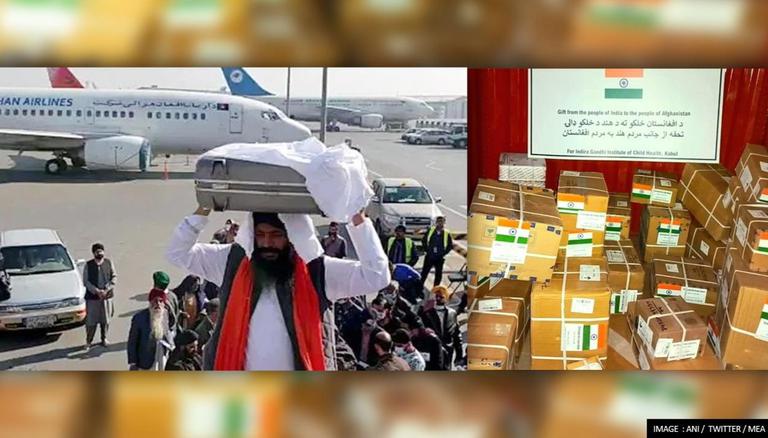 
Bringing back 104 people from Afghanistan, India has evacuated 10 Indian nationals and 94 Afghans including members of the Afghan Hindu-Sikh minority community, informed External Affairs Ministry spokesperson Arindam Bagchi through a tweet. Along with that, on the return flight, it took back around 90 Afghan nationals and a consignment of medical supplies for the people in Afghanistan. According to the Foreign Ministry's statement, the medicines and medical supplies will be handed over to the World Health Organisation representatives in Kabul and will be later administered at the Indira Gandhi Children Hospital.

On the return fight, India dispatched a consignment of medical supplies to Afghanistan.

These will be handed over to @WHO in Kabul and will be administered at the Indira Gandhi Children Hospital, Kabul.

This being the first consignment from India to Afghanistan since the Pakistan-backed Taliban took over Afghanistan in August aims to strengthen the humanitarian assistance extended by India. Apart from that, India is also working to send wheat packages to Afghanistan which is already facing the consequences of drought, pandemic, and the ongoing conflict.

'Gift from people of India'

Afghanistan’s Ambassador to India Farid Mamundzay has tweeted that the first consignment of medical aid from India arrived to Kabul on Saturday.

“All kids need is a little help, a little hope and somebody who believes in them.” The first consignment of medical aid from India arrived to Kabul this morning. 1.6 metric tonne of life saving medicines will help many families in this difficult time.“Gift from people of India”. pic.twitter.com/pFWGwLkkZQ

India brings back 104 people from Afghanistan under 'Operation Devi Shakti'

As a part of India's 'Operation Devi Shakti', a special charter flight from Kabul brought back 104 people including 10 Indian nationals and 94 Afghans on Friday. The operation which was earlier launched in August after the Taliban took over Afghanistan aims to retrieve Indians back to the country. Among the evacuees included several members of the Afghan Hindu-Sikh minority community who also brought two copies of the Guru Granth Sahib and Hindu religious texts from an ancient temple in Kabul.

Receiving the same, Union Minister Hardeep Singh Puri and BJP national president JP Nadda were also very present at the airport and carried the two Swaroops on its arrival. In the meantime, more charter flights are also being arranged to take back the stranded Afghans to Afghanistan.