More than 2,100 cattle have died while over 60,000 have been affected by lumpy skin disease so far in Punjab, an official said on Saturday. 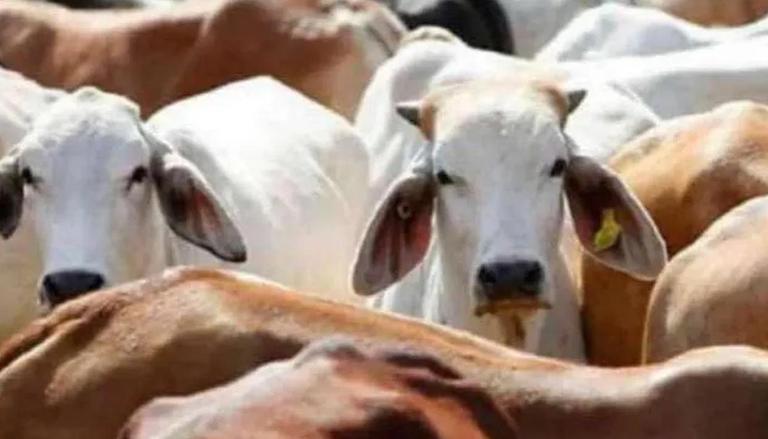 
More than 2,100 cattle have died while over 60,000 have been affected by lumpy skin disease so far in Punjab, an official said on Saturday.

The Punjab government has intensified efforts to check the spread of the disease and has administered goat pox vaccine to more than 1.45 lakh cattle, the official said.

Chief Minister Bhagwant Mann has formed a three-member group of ministers to monitor and control the spread of the disease.

Lumpy skin disease infects cows and buffaloes mainly through vectors like blood-feeding insects. It leads to the formation of nodes on the animal's skin or hide that look like lumps, fever, runny nose, reduced milk yield and difficulty in eating.

Punjab, Rajasthan, Uttarakhand, Gujarat and Andaman and Nicobar Islands have been hit by the outbreak of the disease. The first confirmed case of lumpy skin disease was reported on July 4 in Punjab.

"Till Friday, 60,329 animals have been affected and 2,114 have died,” said the official of the state animal husbandry department.

With some people throwing carcasses in the open or even in water bodies, the animal husbandry department has urged dairy farmers to bury those in deep pits.

The government has also released funds to block development and panchayat officers and directed them to arrange heavy earth-moving machines to ensure the burial of carcasses.

Five carcasses were found in the Kotbhai tributary near Mahima Bhagwana village in Bathinda a few days ago, the official said.

On the instructions of Water Resources minister Harjot Singh Bains, the principal secretary of the department wrote to Bathinda deputy commissioner, directing him to take necessary steps to prevent animals, which died of lumpy skin disease, from being disposed of in water bodies.

Necessary action must be taken if anyone is found doing so, he said.

As part of efforts to check the spread of disease, the state government has banned cattle fairs in the state and sealed the borders to stop the entry of animals from other states. PTI CHS VSD NSD NSD