Delhi's Rouse Avenue Court sent former Union Minister and senior Congress leader P Chidambaram to 14-day judicial custody at the Tihar Jail on Thursday. The former Finance Minister will be lodged in Jail number no. 7 at the Tihar till September 19. Republic TV has accessed the exclusive copy of the 7-page order pronounced by Special Judge Ajay Kumar Kuhar at the Rouse Avenue court sending P Chidambaram to judicial custody.

In the order, the court has asserted that the allegations against the accused (P Chidambaram) were found serious therefore he was remanded to police custody. The court also stated that while the investigation is still in progress in the INX Media case, the CBI has apprehension that because of Chidambaram's status and position, the investigation can be hampered. The order further stated that the INX Media case "is not a case where the accused (Chidambaram) can be 'released' at the stage of considering his extension of remand as submitted by the learned Senior Counsel for the accused".

"Keeping in view of the facts and circumstances of the case, nature of offences and stage of the investigation, Chidambaram was remanded to judicial custody," the order further reads. 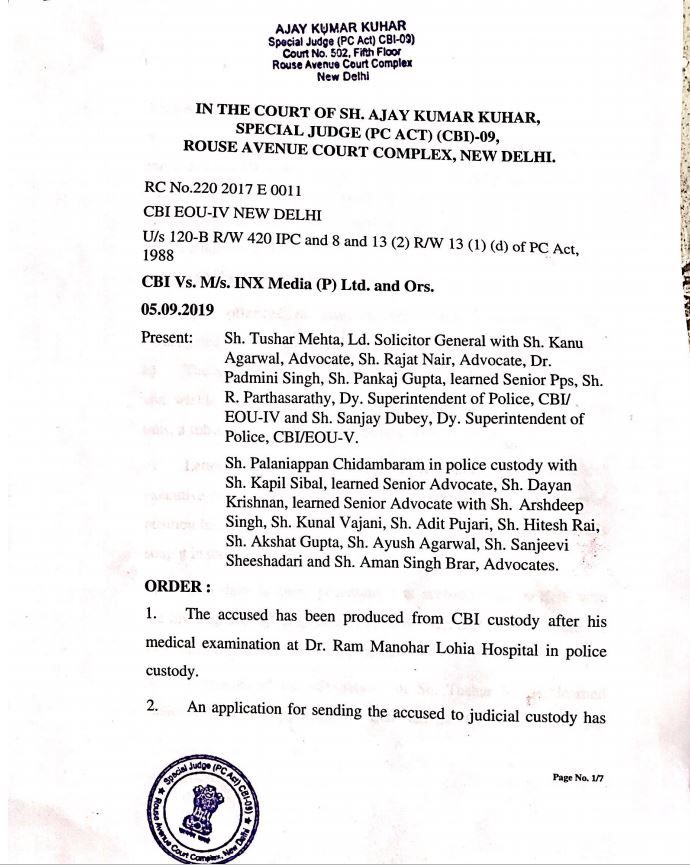 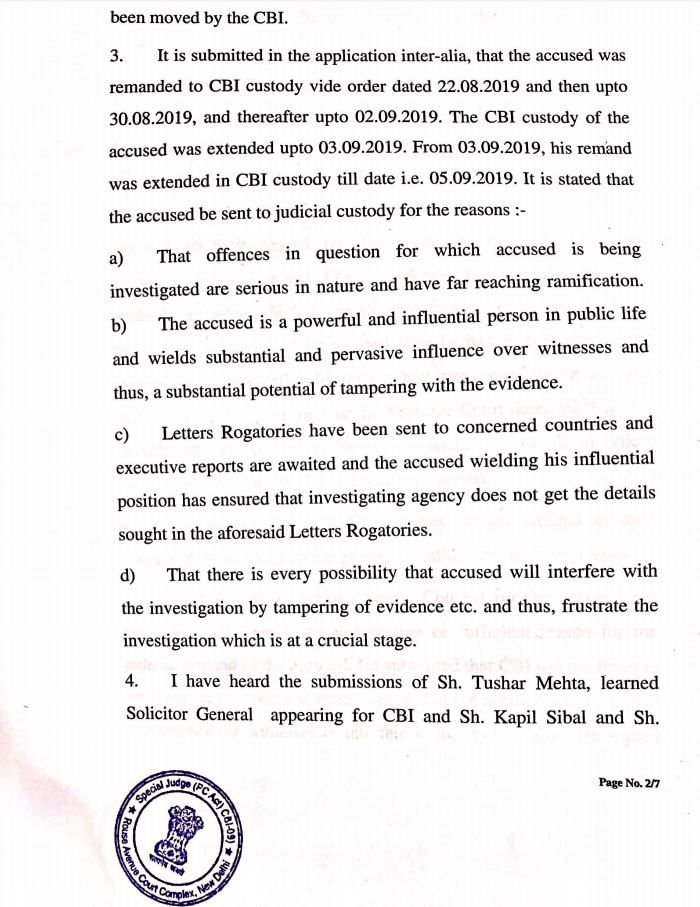 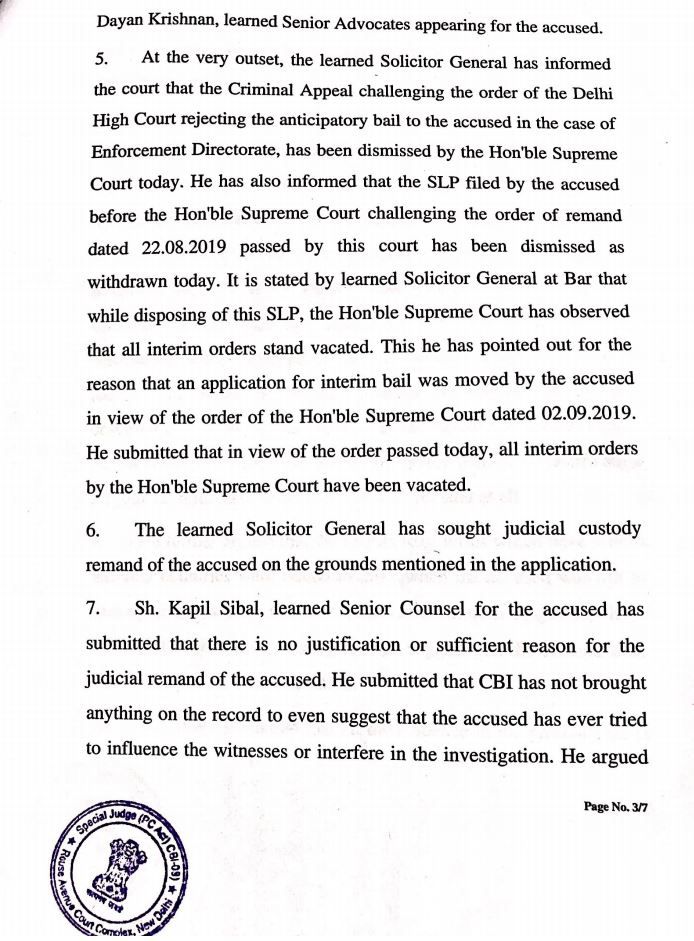 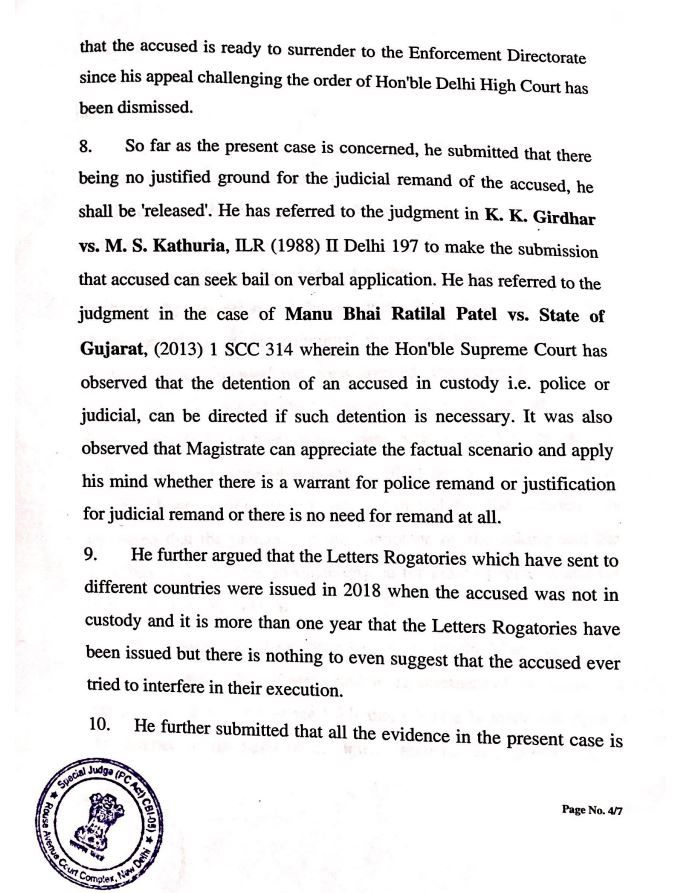 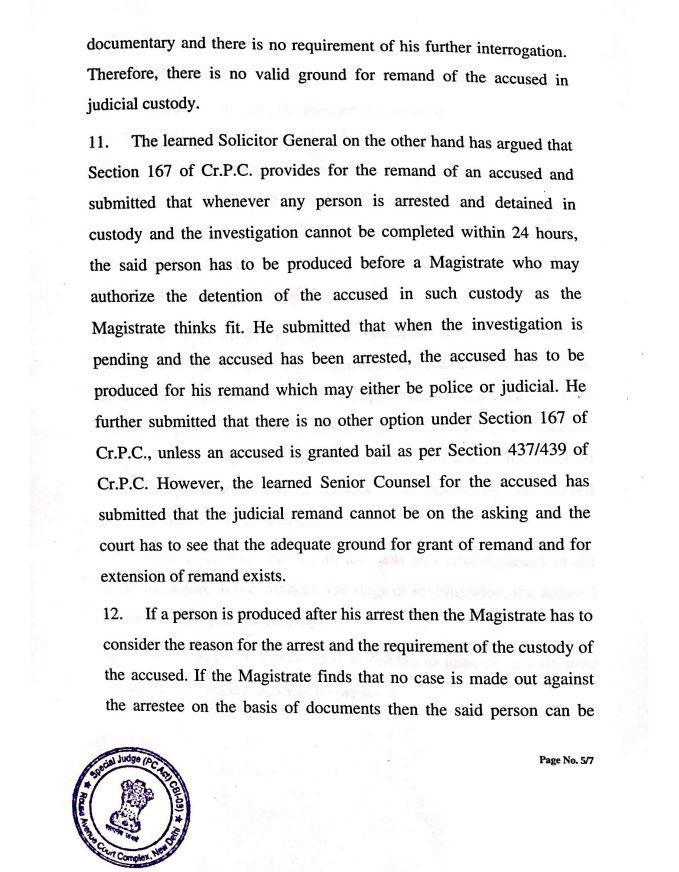 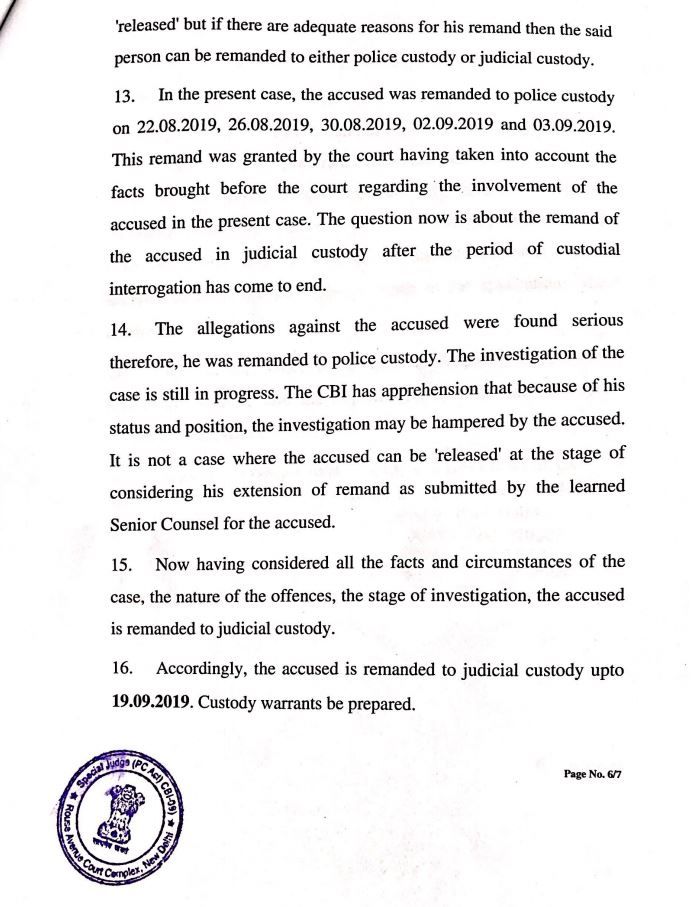 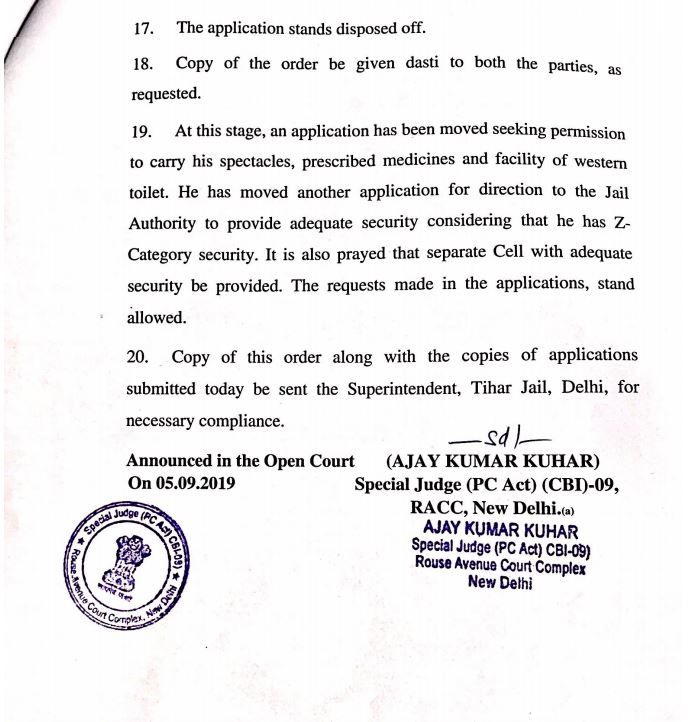 READ | Chidambaram in Tihar: Here's a list of his demands during his custody

The veteran Congress leader will be spending 14 days in judicial custody till September 19 at the Tihar Jail in connection with the INX Media corruption case. he Delhi Court also allowed the application of the amenities demanded by P Chidambaram at the Tihar Jail, including a separate jail cell and Z security among other things. The court has also issued a notice to the ED on Chidambaram's application seeking to surrender in the money laundering case lodged by the agency. Earlier on Thursday, the Supreme Court had dismissed Chidambaram's plea against the August 20 order of the Delhi High Court denying him pre-arrest bail filed by ED in the INX Media case. He was produced before the court on Thursday after his 15-day CBI custody, ordered by the special court in five spells, following his arrest on August 21, ended.

READ | Chidambaram in Tihar: Here's what his schedule in jail will look like

The CBI had registered an FIR on May 15, 2017, alleging irregularities in the Foreign Investment Promotion Board (FIPB) clearance granted to the INX Media group for receiving overseas funds of Rs 305 crore in 2007 during Chidambaram's tenure as the finance minister. Thereafter, the Enforcement Directorate lodged a money laundering case in this regard in 2017. Chidambaram, who served as the Home Minister as also Finance Minister during the former UPA rule from 2004 to 2014, was arrested by the CBI on August 21 from his Jor Bagh residence.