Delhi Police & UP ATS busted the nexus of Pak-ISI and Underworld in coordinating a terror attack in India. Dawood Ibrahim's brother Anees coordinated the plot 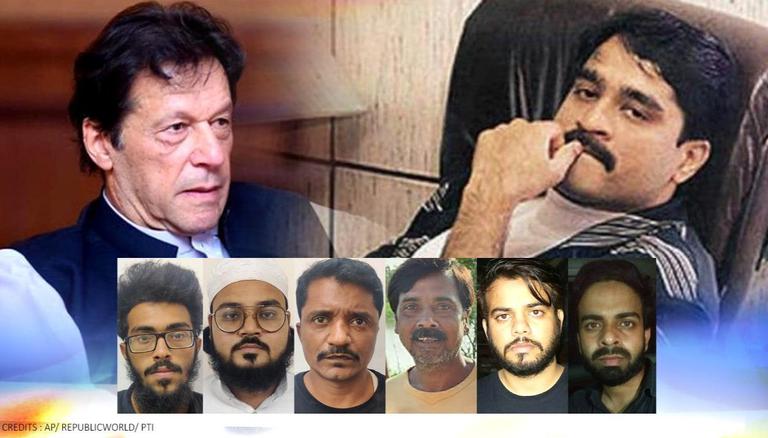 
The Delhi Police special cell on Tuesday conducted a multi-state terror crackdown in close cooperation with the Uttar Pradesh ATS and arrested six suspects of which two alleged terrorists were trained in Pakistan. The massive terror crackdown busted the nexus of Pak-ISI and the Underworld in coordinating terror activities in India. As per the Delhi Police, Pakistan's ISI and underworld don Dawood Ibrahim's brother Anees Ibrahim coordinated the terror plot to target multiple cities in India during the upcoming festive season.

The Delhi Police on Tuesday held a press conference to inform about the multi-state terror crackdown after arrest six suspects along with recovery of firearms and explosives. The raids were conducted in UP, Maharashtra and Delhi.

While one was arrested from Kota, two were arrested in Delhi and three from Uttar Pradesh with the help of UP ATS. The names of those arrested are Jaan Mohammad Shaikh alias Sameer Kaliya, Osama a.k.a Sami, Zeeshan Qamar, Mohd Abu Bakar, Mohd Amir Javed and Moolchand who also goes by the name Saaju and Lala.

Sameer Kaliya, one of those arrested, is said to be a close associate of Anees Ibrahim. He was tasked to ensure the smooth delivery of IEDs, sophisticated weapons, and grenades to different entities in India.

Delhi Police Special CP Neeraj Thakur elaborated on the two components of the terror plot. The first component is associated with Underworld, i.e. the delivery of IEDs safely to the sleeper cells hiding in India and the second component was planting the explosives in major cities during the upcoming festive season. Neeraj Thakur said, the entire operation was coordinated by Pakistan, and funded by the Underworld, where he also made mention of Dawood Ibrahim's brother Anees Ibrahim.

Of the six arrested, the Delhi Police Special Cell informed that the two terrorists travelled to Muscat via air and then to Gwadar Port in Pakistan via sea. They were trained for 15 days in Pakistan to operate firearms and making explosives after which they returned to India via the same route.

The Delhi Police Special Cell will produce the arrested suspects on Wednesday. The following is a press release by the Police wherein the entire plot and the persons involved are named, as is the Pakistan ISI.

"An ISI sponsored module was busted by the UP ATS and three have been arrested. Four districts were raided simultaneously i.e. Lucknow, Raebareli, Prayagraj, Pratapgarh and one live IED was recovered and successfully diffused on the spot," UP ADG Law and Order, Prashant Kumar said in a video message.