Paralympic Committee Of India Suspended Due To Misgovernance

PCI suspended on misgovernance arising out of removal of Rao Inderjit Singh from the post of president and Registrar of Societies alleging gross irregularities.

REPUBLIC TV ACCESSED THE LETTER OF SUSPENSION: AGM AND ELECTIONS CONDUCTED BY PCI WERE FOUND TO BE INVALID AND AGAINST SPORTS CODE 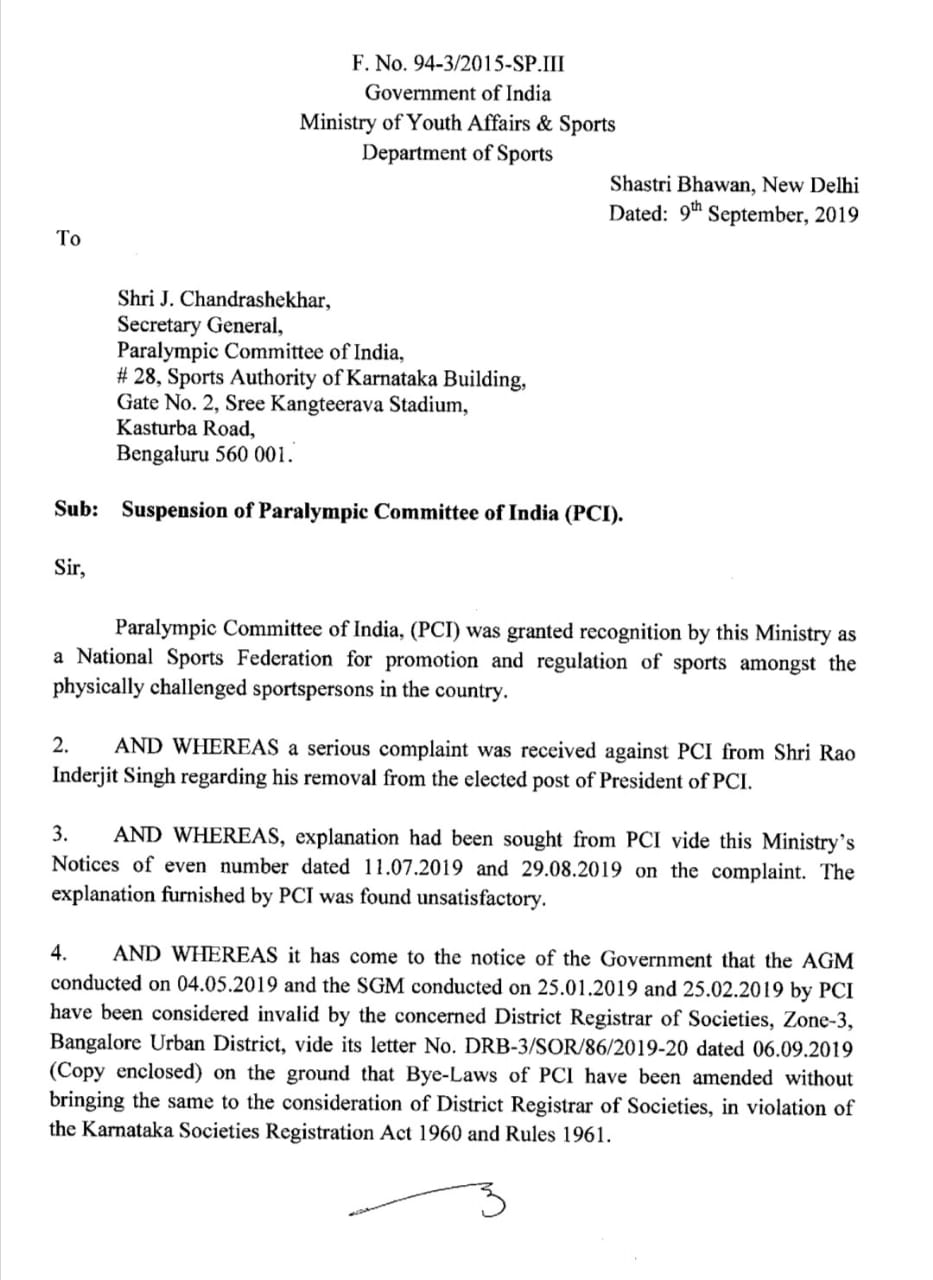 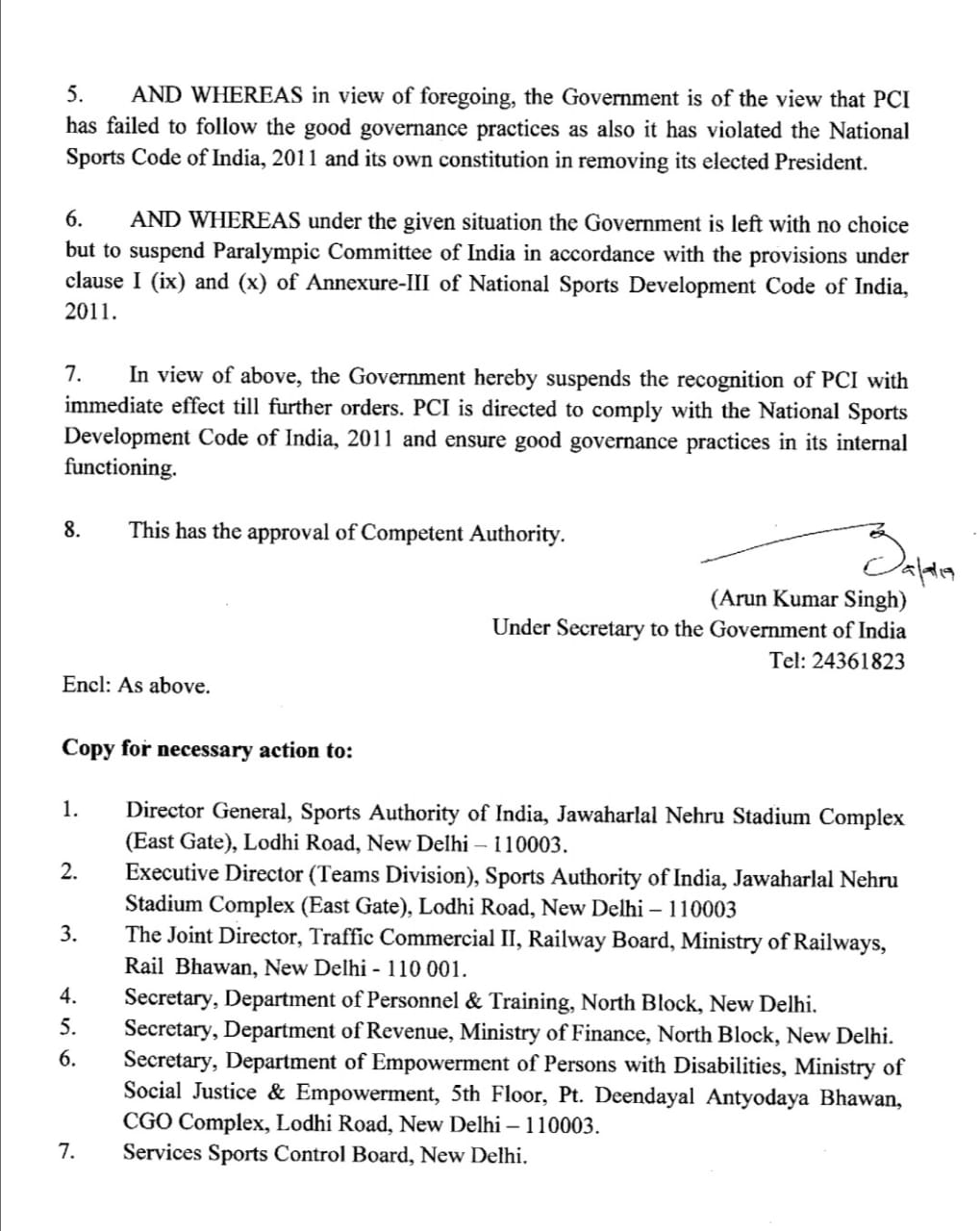 Rao Inderjit had complained to the Ministry of Youth Affairs and Sports against an action by the Paralympic Committee of India. The PCI had amended its bye-laws to bar public servants from the committee. Since Rao Inderjit is Minister of State (Planning) in the union government, he was removed from his post as the committee president. The ministry, on recieving the complaint, sought an explanation from PCI vide notices on July 11 and August 29. However, the explanation was deemed unsatisfactory.

The notice further read that that Annual General Meeting (AGM) conducted on May 4 and the Special General Meeting (SGM) conducted on January 25 has been considered invalid by the District Registrar of Societies, Zone-3, Bangalore Urban District. Since the Karnataka Societies Registration Act, 1960 and Rules, 1961 require the committee to bring the proposed amendment to the bye-laws for consideration of District Registrar of Societies, and the PCI has refrained from doing so. The meetings in which the amendment was made were held invalid.

Furthermore, the notice read that "the Government is of the view that Paralympic Committee of India has failed to follow the good governance practices as also it has violated the National Sports Code of India, 2011 and its own Constitution in removing its elected President."

The notice concludes with the government suspending the recognition of Paralympic Committee of India with immediate effect in accordance with the provisions under Clause I (ix) and (x) of Annexure-III of National Sports Development Code of India, 2011. The suspension is until further orders and meanwhile, PCI is directed to comply with the National Sports Development Code of India, 2011.

The clauses state, a National Sports Federation (NSF) can be suspended on, "Non-compliance with the conditionalities laid down by the Government." and/or "On a report from the concerned Registrar of Societies alleging gross irregularities in the internal functioning of NSF."