Petrol And Diesel Prices In India: Check Fuel Rates In All Major Cities On November 7

The prices of petrol and diesel stayed unchanged across the country on Sunday, November 7, 2021. 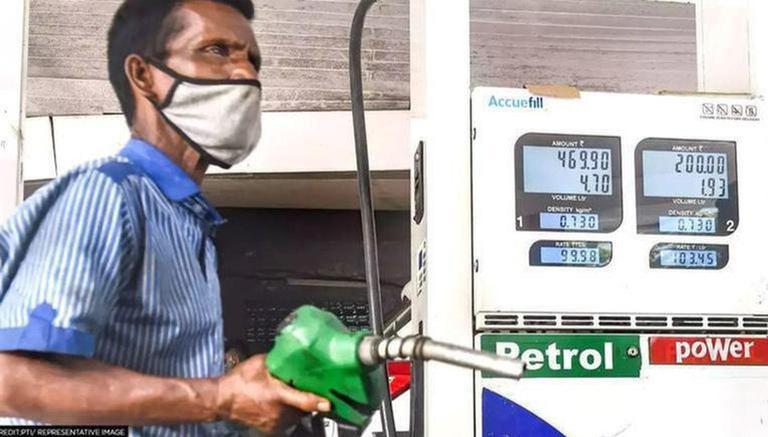 
After the government lowered the excise duty on fuel to bring rates down from all-time highs, the prices of petrol and diesel stayed unchanged across the country on Sunday, November 7, 2021. After the Centre and certain states lowered fuel taxes on Diwali, state-run oil marketing companies (OMCs) did not raise prices of petrol and diesel. Following the reduction in excise rates, at least 23 states and union territories announced reductions in VAT rates on petrol and diesel, providing significant relief to consumers.

According to Indian Oil Corporation, petrol costs Rs 103.97 per litre in the national capital, while diesel costs Rs 86.67 per litre. In Mumbai, a litre of petrol costs Rs 109.98, and a litre of diesel costs Rs 94.14. Mumbai, India's financial capital, has the highest petrol and diesel rates among the four metro cities. Petrol is available for Rs 101.40 a litre in Tamil Nadu's capital, Chennai, and diesel is offered for Rs 91.43 per litre. Similarly, petrol and diesel rates in Kolkata stayed steady at Rs 104.67 and Rs 89.79 per litre, respectively.

Fuel rates in all major cities on November 7

The cost of petrol in Chennai is the lowest among the four metros, and the Delhi government has yet to declare a VAT reduction on fuel costs. The Central government slashed excise duty on petrol and diesel prices by Rs 5 and Rs 10 on the eve of Diwali, providing respite to customers who were suffering from inflation and increasing fuel prices. As a result, at least 22 states and UTs have reduced their VAT rates in various proportions. On November 4, petrol prices were reduced by Rs 5.7 to Rs 6.35 per litre across the country, while diesel prices were reduced by Rs 11.16 to Rs 12.88. The VAT rates on petrol and diesel in BJP-ruled states have been lowered by Rs 8 and Rs 9, respectively.

According to the Ministry of Petroleum and Natural Gas, the most significant reductions in petrol prices have occurred in Ladakh, Karnataka, and Puducherry. According to the Ministry, petrol prices have decreased by Rs 13.43, Rs 13.55, and Rs 12.85 in Ladakh, Karnataka, and Puducherry, respectively. Meanwhile, Maharashtra, Delhi, West Bengal, Tamil Nadu, Telangana, Andhra Pradesh, Kerala, Andaman and Nicobar, Jharkhand, Odisha, Chhattisgarh, Punjab, and Rajasthan have not reduced the VAT on petrol and diesel. OMCs such as Indian Oil, Bharat Petroleum, and Hindustan Petroleum modify fuel prices depending on international prices over the previous 15 days and overseas stock exchanges. Petrol and diesel costs differ from state to state and city to city, depending on the impact of local levies such as value-added tax (VAT) and freight charges.