PM Modi will inaugurate Ganga Expressway today in Shahjahanpur and said it will improve connectivity, boost economic development and tourism in Uttar Pradesh. 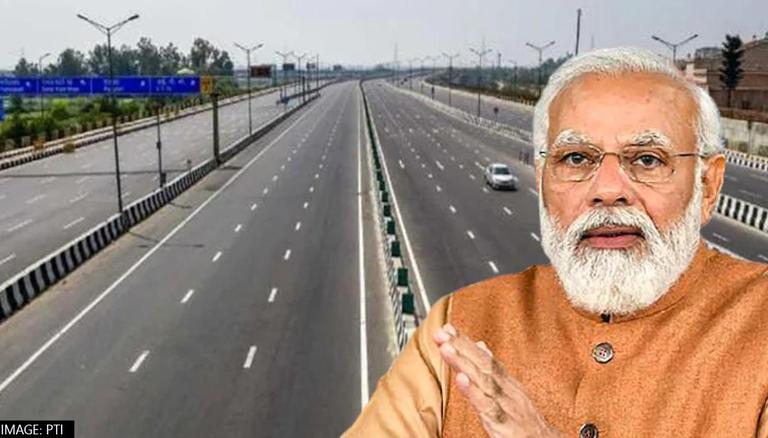 "At 1 PM today, will be joining the programme in Shahjahanpur to lay the foundation stone for the Ganga Expressway. This is an important infra project that will improve connectivity across Uttar Pradesh. It will also boost economic development and tourism," tweeted Prime Minister.

At 1 PM today, will be joining the programme in Shahjahanpur to lay the foundation stone for the Ganga Expressway. This is an important infra project that will improve connectivity across UP. It will also boost economic development and tourism. https://t.co/XDbyvXaufJ

According to Prime Minister's Office (PMO), the inspiration behind the Expressway is PM Modi's vision to provide fast-paced connectivity across the country. The 594 Km long six-lane Expressway will be built at a cost of over Rs 36,200 crore. The expressway will begin near Bijauli village in Meerut and extend till near the Judapur Dandu village in Prayagraj. It will pass through Meerut, Hapur, Bulandshahr, Amroha, Sambhal, Budaun, Shahjahanpur, Hardoi, Unnao, Rae Bareli, Pratapgarh and Prayagraj.

It will become the longest expressway of Uttar Pradesh that will connect the western and eastern regions of the state. A 3.5 Km long airstrip for assisting emergency take-off and landing of Air Force planes will also be constructed on the Expressway in Shahjahanpur. Along the Expressway, an industrial corridor is also proposed to be built. The Expressway will also give encourage multiple sectors including industrial development, trade, agriculture, tourism etc. It will provide a major boost to the socio-economic development of the region.

PM Modi's Biggest UP Rally In Lucknow In January 2022

BJP has planned Prime Minister Narendra Modi's biggest rally in Lucknow set to be held in early January 2022, as per sources. The PM's rally is aimed to attract 10 lakh people, report sources on Saturday. The rally is planned to be held on January 9, 10, or 11 at the city's Defense Expo ground, before the code of conduct kicks in.  The 403-seat UP assembly where Yogi rules with an iron-clad majority of 314 seats, is up for grabs in February 2022.