Underlining India’s leadership in IT & fintech, PM Modi said there can not be a better time to introduce more technological power in judicial proceedings 
Prime Minister Narendra Modi on Saturday addressed the inaugural session of the first All India District Legal Services Authorities Meet and highlighted the need for a technology-oriented justice delivery system in the country. Underlining India’s leadership in information technology and fintech, PM Modi said there cannot be a better time to introduce more technological power in judicial proceedings.

“Under the e-Courts Mission, virtual courts are being started in the country. We have 24-hour courts functioning for crimes like traffic violations. Video conferencing infrastructure is also being expanded in the courts for the convenience of the people,” he noted. 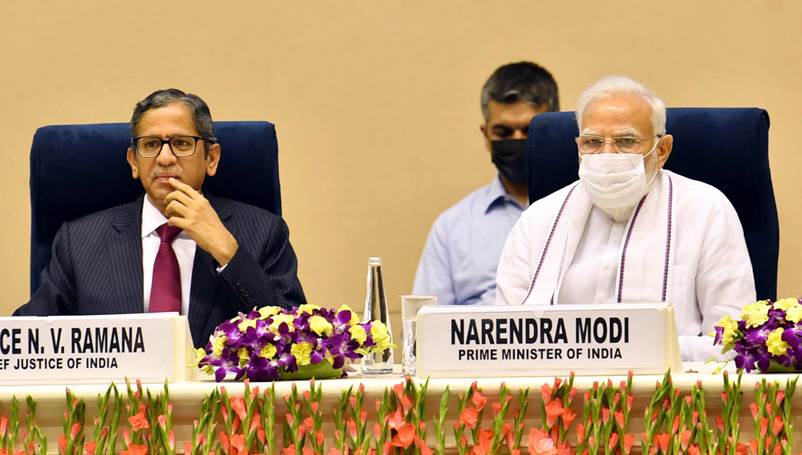 PM Modi said more than one crore cases have been heard through video conferencing in the country. This proves that our judicial system "is committed to the ancient Indian values of justice and, at the same time, is ready to match the realities of the 21st century."

'Speed up release of undertrial prisoners'

Reiterating that Amrit Kaal is a period of duty, PM Modi underlined the need to work on areas that have remained neglected so far. He once again raised the issue of sensitivity towards undertrial prisoners.

READ | 'Indian judiciary can be trusted for its independence, equal treatment': CJI Ramana

"There are several undertrials in jails awaiting legal aid. Our District Legal Services Authorities can take up the responsibility of providing legal assistance to undertrials," the prime minister said.

He urged district judges attending the conference to expedite the release of undertrials using their offices as chairpersons of district-level undertrial review committees. He complimented NALSA for undertaking a campaign in this regard and also urged the Bar Council to encourage more lawyers to get involved in the same.

The Prime Minister, who was the chief guest, also released a commemorative postal stamp on the 'Right to free legal aid.'