PM Modi who turned 69-years-old on Tuesday met his mother at her Gandhinagar residence in Gujarat. He met his mother for lunch & asked for her blessings.

PM Narendra Modi who turned 69-years-old on Tuesday met his mother at her Gandhinagar residence in Gujarat. He met his mother for lunch which she had cooked for him, sources said. As seen in the visuals, he spent time with her chatting, having a proper Gujarati thali meal and later also sought her blessings before leaving. The visuals can be seen in the video above and in the pictures posted below.

PM Modi meets his mother on his birthday 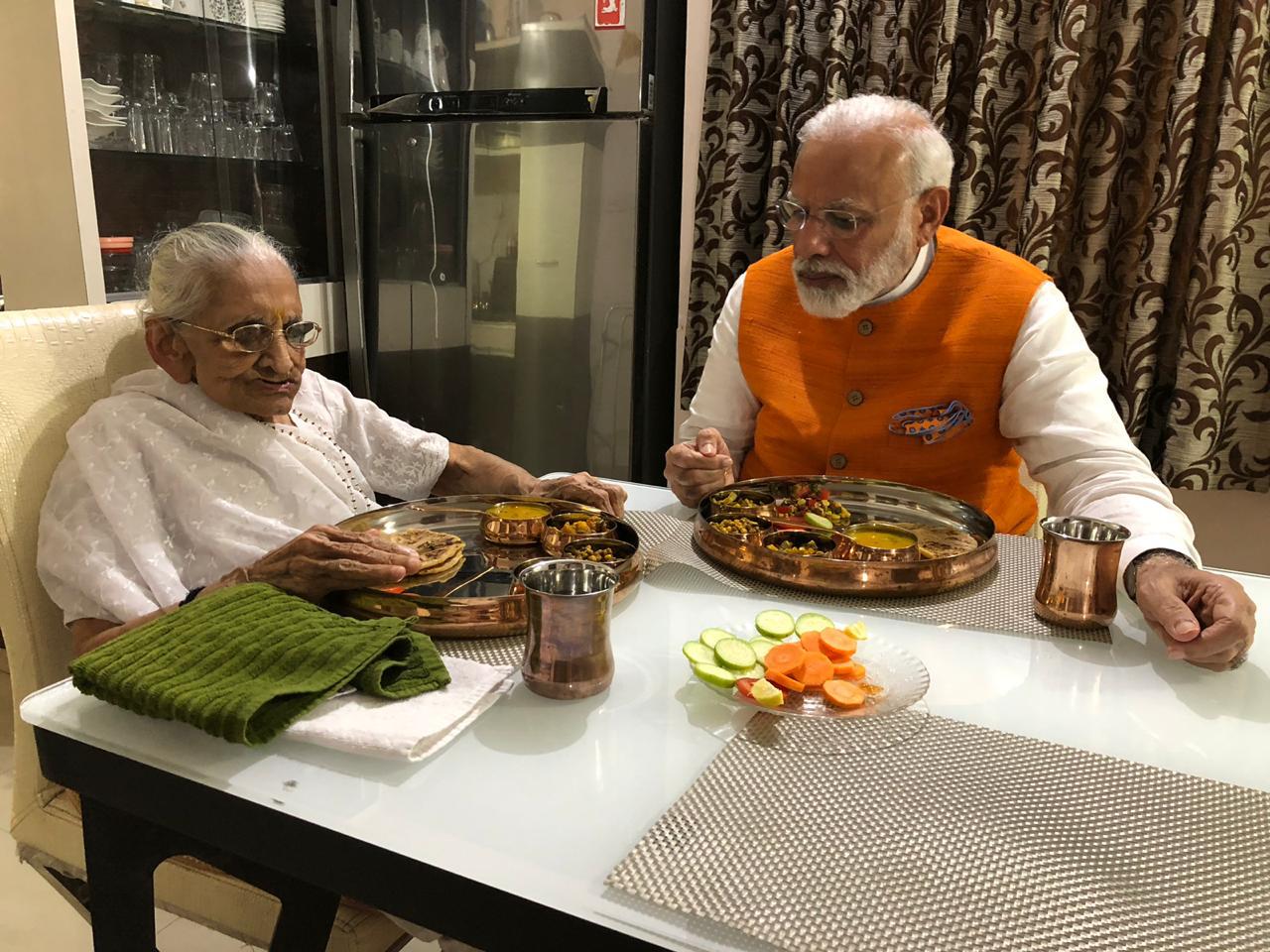 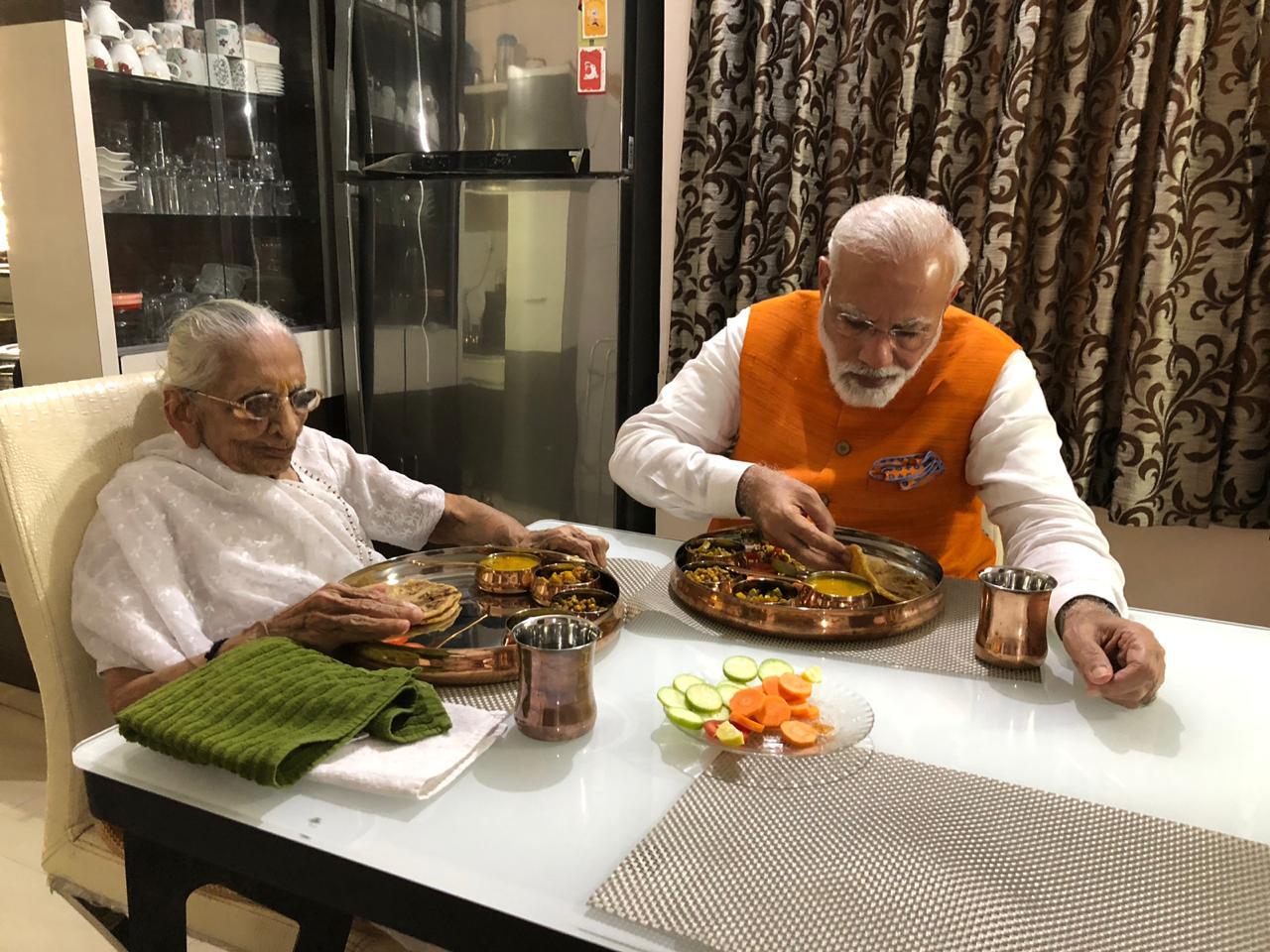 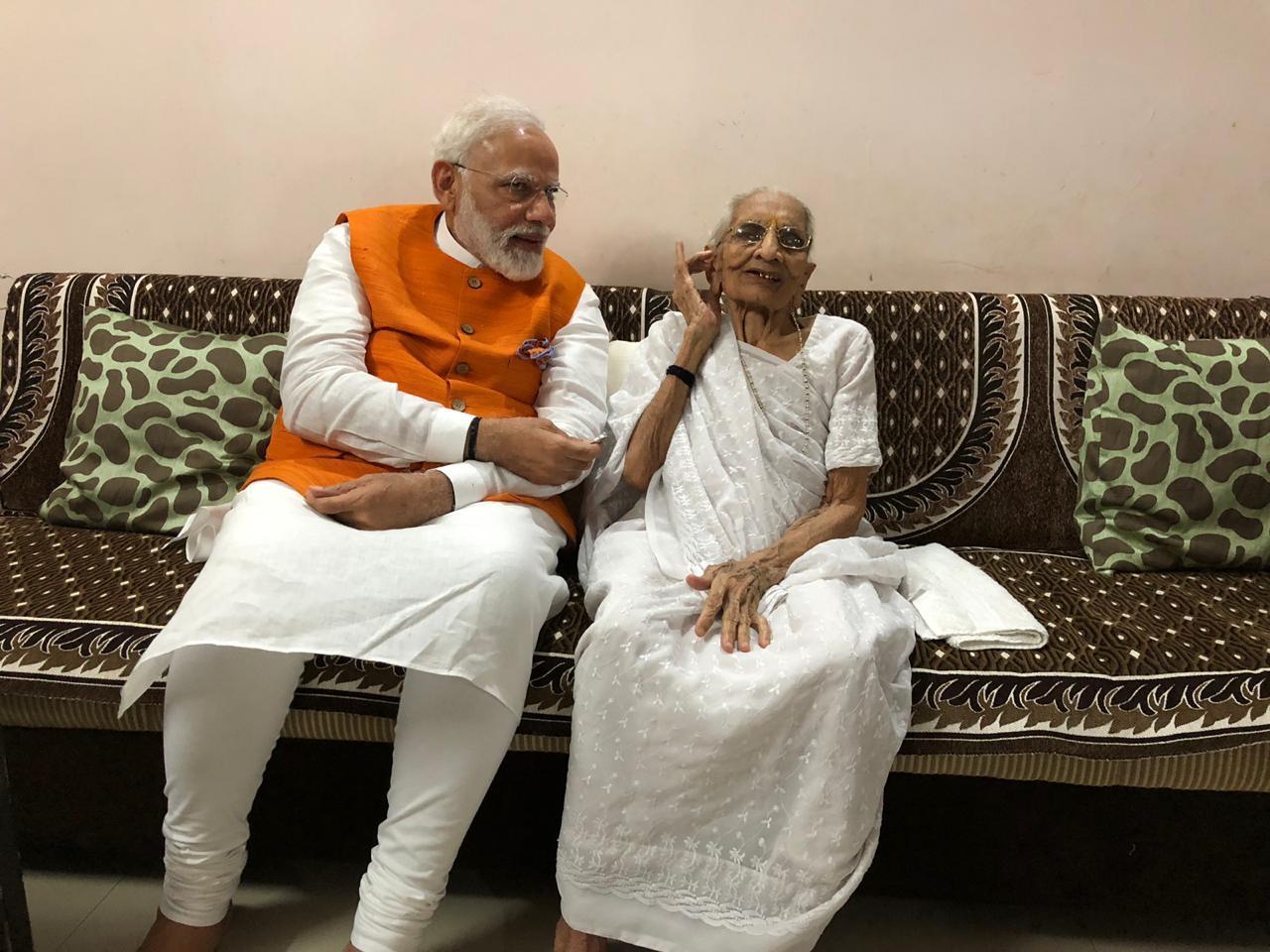 PM Narendra Modi leaves from his mother's residence in Gujarat's Gandhinagar after meeting with her. Tune in for #LIVE here - https://t.co/Ar5oNWEpM1 pic.twitter.com/mnGvhyM3JE

Several leaders greet on the occasion of PM Modi's birthday

PM Modi was wished by several leaders on his birthday including Vice President M Venkaiah Naidu, Defence Minister Rajnath Singh and BJP president and Home Minister Amit Shah. In his message, Naidu said the nation is making steady progress under Modi's able leadership. Amit Shah described Modi as a leader with strong willpower and a symbol of decisive leadership and hard work. "Under your leadership, an emerging India has made a mark in the world as a strong, safe and reliable nation," Shah said on Twitter. Singh said the prime minister has been instrumental in building and strengthening India's position in the comity of nations.

Celebrations for PM Narendra Modi's birthday kickstarted in Gujarat ahead of his birthday with the lightning of Sardar Sarovar Dam in tricolour on Monday evening. Speaking to Republic TV in the matter, the dam officials said that it is the first time since the launch of the project that it received the full reservoir level (FRL) at 138.68 metres. The officials added that it is a step in the right direction for ensuring a boost in economy and that the dam had not been checked at its capacity ever before. The event was to celebrate the occasion of Namami Narmade festival that coincided with PM Modi's birthday.

Events during PM Modi's birthday in 2018

On his 68th birthday in 2018, Modi also celebrated by engaging in public events. In 2018, he was in his Lok Sabha constituency of Varanasi with school children. He visited a primary school and celebrated his birthday with students. He later offered prayers at the Kashi Vishwanath temple there.