Ahead of the Union Cabinet reshuffle, the PM Modi-led Union Government has formed a Ministry of Co-operation which will help the government achieve its vision 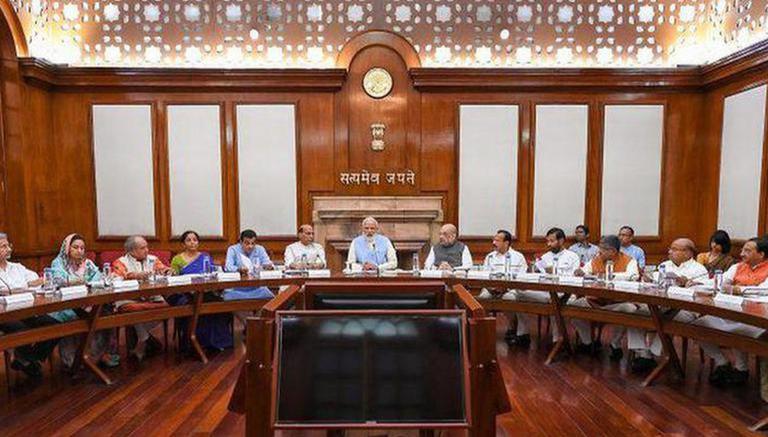 
Ahead of the much-anticipated cabinet reshuffle, the PM  Modi-led Union Government has formed a Ministry of Co-operation which will help the government achieve its vision of ‘Sahkar se Samriddhi’. As per sources, the Ministry of Co-operation will provide a separate administrative, legal and policy framework for strengthening the cooperative movement in the country and will help deepen co-operatives as a true people-based movement.

Centre forms Ministry of Co-operation ahead of Cabinet rejig

Sources informed Republic TV that the Ministry of Co-operation will work to streamline processes for ‘Ease of doing business’ for co-operatives and enable the development of Multi-State Co-operatives (MSCS). The newly-formed Ministry will focus on reducing the mismanagement of co-operatives in the country and will cater to reforms related to rural and semi-urban regions, sources added.

Earlier on Tuesday, sources informed that the Union Cabinet expansion will take place on Wednesday at 6 pm. Sources told Republic TV that PM Modi will give special attention to inducting young people into the Union Cabinet while the focus on inducting those who are PhD holders, MBAs, Post Graduates in different streams. Those having administrative experience in the states and seniors who have experience in governance will be given preference over others.

Sources have also stated that record representation will be given to Dalits and OBC community while the focus will also be on the upliftment of the backward classes. According to sources, the cabinet expansion is being looked at as a balancing act to bridge the gap between New Delhi and the rest of the country.

Here are the Ministerial probables:

READ | Narayan Rane reaches Delhi amid buzz of his induction in cabinet; says 'will let you know'