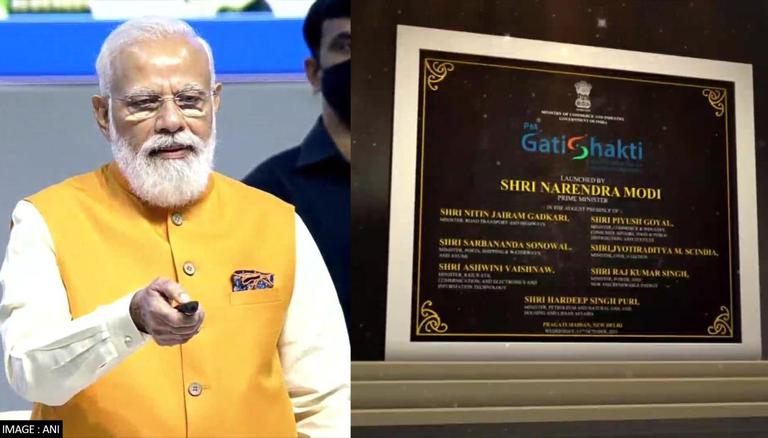 
Prime Minister Narendra Modi on Wednesday, October 13, launched Gati Shakti, National Master Plan for multi-modal connectivity to economic zones. Gati Shakti as a digital platform is aimed at bringing 16 ministries including rail and roadways together for integrated planning and coordinated implementation of infrastructure connectivity projects. Addressing the event at Pragati Maidan, in Delhi, Prime Minister Modi detailed the features and benefits of the GatiShakti Mission.

Speaking of the mission, PM Modi said, "The PM Gatishakti Master Plan not only brings together the government process and its various stakeholders, but it also helps to integrate different modes of transportation. This is an extension of holistic governance."

Speaking at the launch of #PMGatiShakti - National Master Plan for multi-modal connectivity. https://t.co/ROeC1IaJwl

He stated that it is a well-known fact that the creation of quality infrastructure in line with sustainable development will result in increased economic activities and employment opportunities on a large scale.

"Subject of infrastructure was never a priority of most political parties"

Providing the reason for many unfinished projects are being completed now, he said that with this government approach, the collective power of the government is being channelled into the implementation of the schemes.

Providing details of the Centre's efforts in moving towards becoming a developed country in the world, PM Modi said that the first interstate natural gas pipeline in India was commissioned in the year 1987 that was 15,000km till 2014, but today it is 16,000 km across the country. The work is targeted to be completed in the next 5-6 years. While in terms of railways, in the last seven years, more than 24,000 km of railway tracks are electrified.  While the metro has been expanded up to 700 km and work is going on on one thousand km new metro route.

Some of the other achievements cited by the Prime Minister include more than 1.5 lakh gram panchayats are connected with optical fibre. And infrastructure related to processing the meat or vegetables will be expanded to increase the income of the farmers and fishermen of the country.