PM Modi attempted to watch the solar eclipse from Delhi, however, he took to Twitter and informed that he could not catch a proper glimpse of the phenomena.

PM Modi attempted to watch the solar eclipse from Delhi on Thursday, however, he took to Twitter and informed everyone that he could not catch a proper glimpse of the phenomena. Later, he watched the live stream of the event from Kozhikode in order to see the 'ring of fire'. He also informed the people that he tried to interact with experts and get more knowledge about the subject.

Unfortunately, I could not see the Sun due to cloud cover but I did catch glimpses of the eclipse in Kozhikode and other parts on live stream. Also enriched my knowledge on the subject by interacting with experts. pic.twitter.com/EI1dcIWRIz

Read: Bhubaneshwar to witness partial eclipse of Sun from 8:20 am to 11:28 am

Generally, during a solar eclipse, the moon intersects the light from the sun and there is a total blackout, as the sun is not visible. But this was not the case on Thursday because the moon was a bit further away from the earth. Therefore, the people on the planet witnessed a ring of fire in the sky. This whole phenomenon is scientifically called as antumbra. Additionally, it is also called an annular eclipse or a partial eclipse, where the sun is not totally covered by the moon.

Read: Last Solar Eclipse of 2019: Date, timings, where to watch, when to watch and more 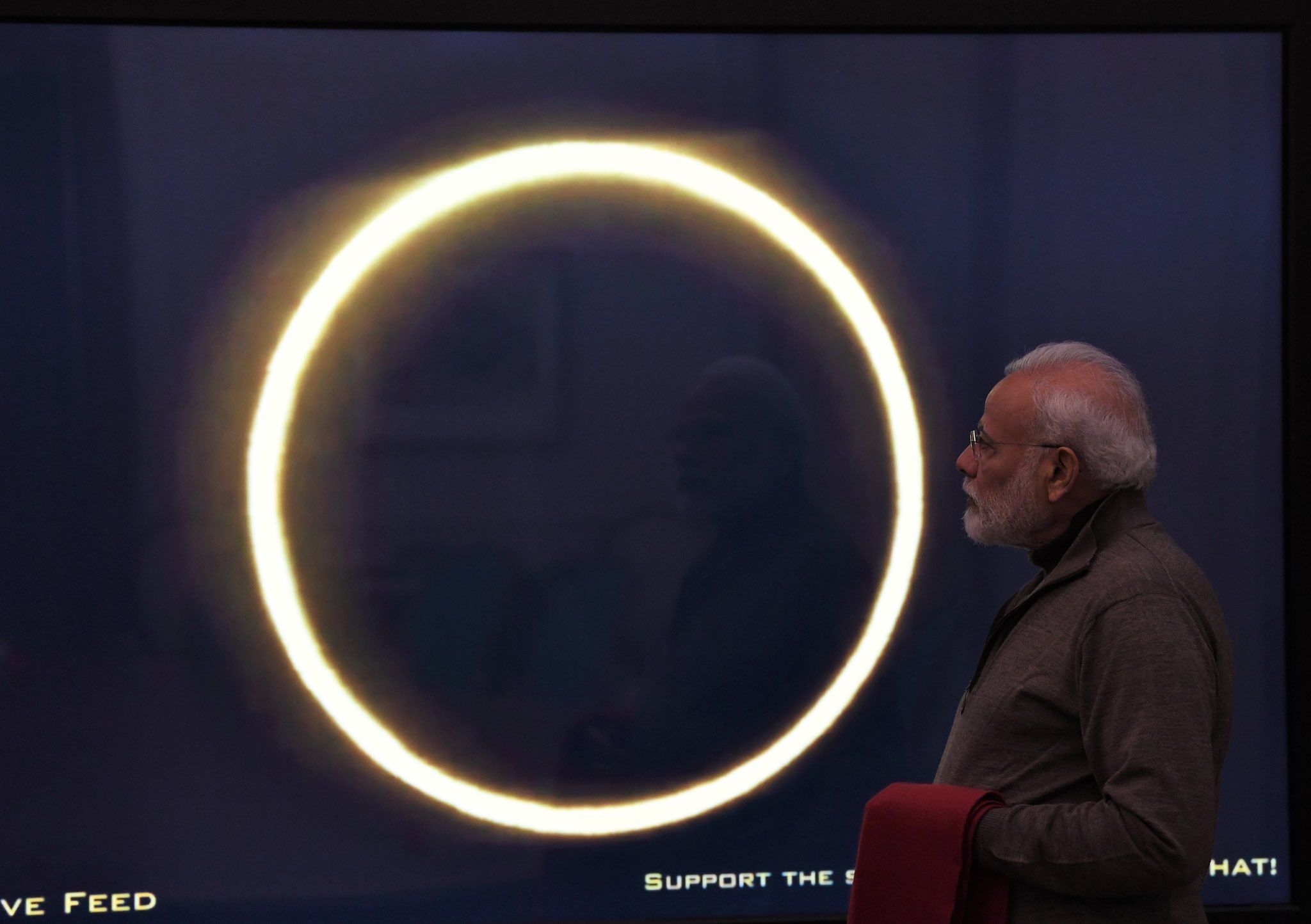 Eclipse was better visible in the southern part of India

According to the Ministry of Earth sciences, the narrow corridor of the annular phase of the eclipse passed through the southern part of the country including places--like Cannanore, Coimbatore, Kozhikode, Madurai, Mangalore, Ooty and Tiruchirappalli. The obscuration of Sun by the Moon at the time of the greatest phase of the annular eclipse was nearly 93%. Also, with the movement from north and south of the country via the annular path, the duration of the partial eclipse decreased.

The Ministry had cautioned the people by saying that the eclipsed sun should not be viewed with naked eyes, even for a short time. The Ministry said that it can permanently damage the eyesight, could also lead to blindness. Even when the moon covers the most portion of the Sun, the viewer must take precaution.