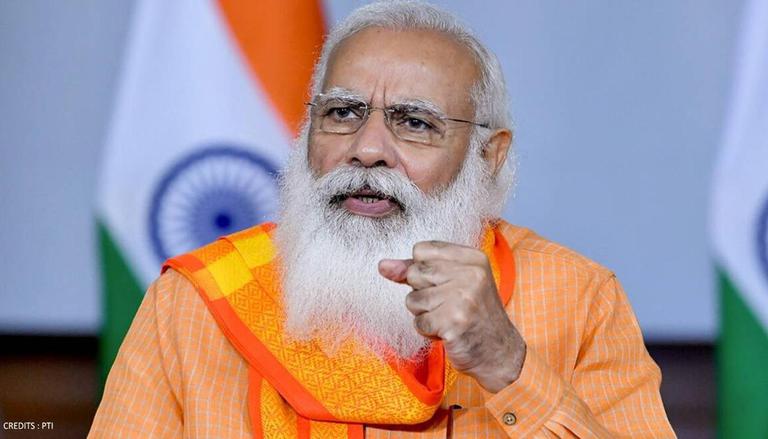 
Prime Minister Narendra Modi's monthly radio programme 'Mann Ki Baat' has fetched Rs 30.80 crore as revenue since its inception in 2014, the Centre informed Rajya Sabha on Tuesday. Since its first show on 3 October 2014, 78 'Mann Ki Baat' episodes have been aired. The Rajya Sabha was informed that PM Modi's Mann Ki Baat received the highest earning in 2017-18 amounting to Rs 10.64 cr.

Mann ki Baat - a bridge between PM and the people

PM Modi addresses the nation every month on the last Sunday at 11 am on All India Radio, DD National and DD News.  Information and Broadcast Minister Anurag Thakur, while replying to a question by the Rajya Sabha said," Prashar Bharti has broadcasted 78 episodes of the "Mann Ki Baat" programme till date on its All India Radio and Doordarshan network and also in social media platforms.' The programme is also broadcasted by approximately 91 private satellite TV channels and on cable and DTH platforms across the country.

Thakur said," As India's most popular televisioned radio programme, Mann ki Baat has a substantial audience following." As per the audience data measured by the Broadcast Audience Research Council (BARC) of television channels, the cumulative reach of viewership of the program has been estimated to range from approximately Rs. 6 crores to 14,35 crore during 2018 to 2020, Thakur added.

Objectives and ideals of the show

The IT minister, while concentrating on the intentions of the show, implied that the programme was the PM's way to reach out to the people in an interactive manner. He said," The main objective of 'Mann Ki Baat' programme of the Prime Minister is to reach to the masses across the country through the radio". The I&B Minister added that the program provided every citizen to connect, suggest and become part of participatory governance through the prime minister's radio address. Further, Union Minister Anurag Thakur said that Prashar Bharati produces "Mann ki Baat" leveraging the existing use of resources with no additional expenditure.