On May 25, Prime Minister Narendra Modi is scheduled to visit his mother Heeraben Modi at her residence in Gujarat to seek her blessings after the landslide victory in the 2019 Lok Sabha elections

On May 25, Prime Minister Narendra Modi is scheduled to visit his mother Heeraben Modi at her residence in Gujarat to seek her blessings after the landslide victory in the 2019 Lok Sabha elections
Update at 9:10 pm
8 months ago | May 26, 2019 21:16

PM Narendra Modi meets his mother Heeraben Modi at her residence in Gandhinagar, seeks her blessings. 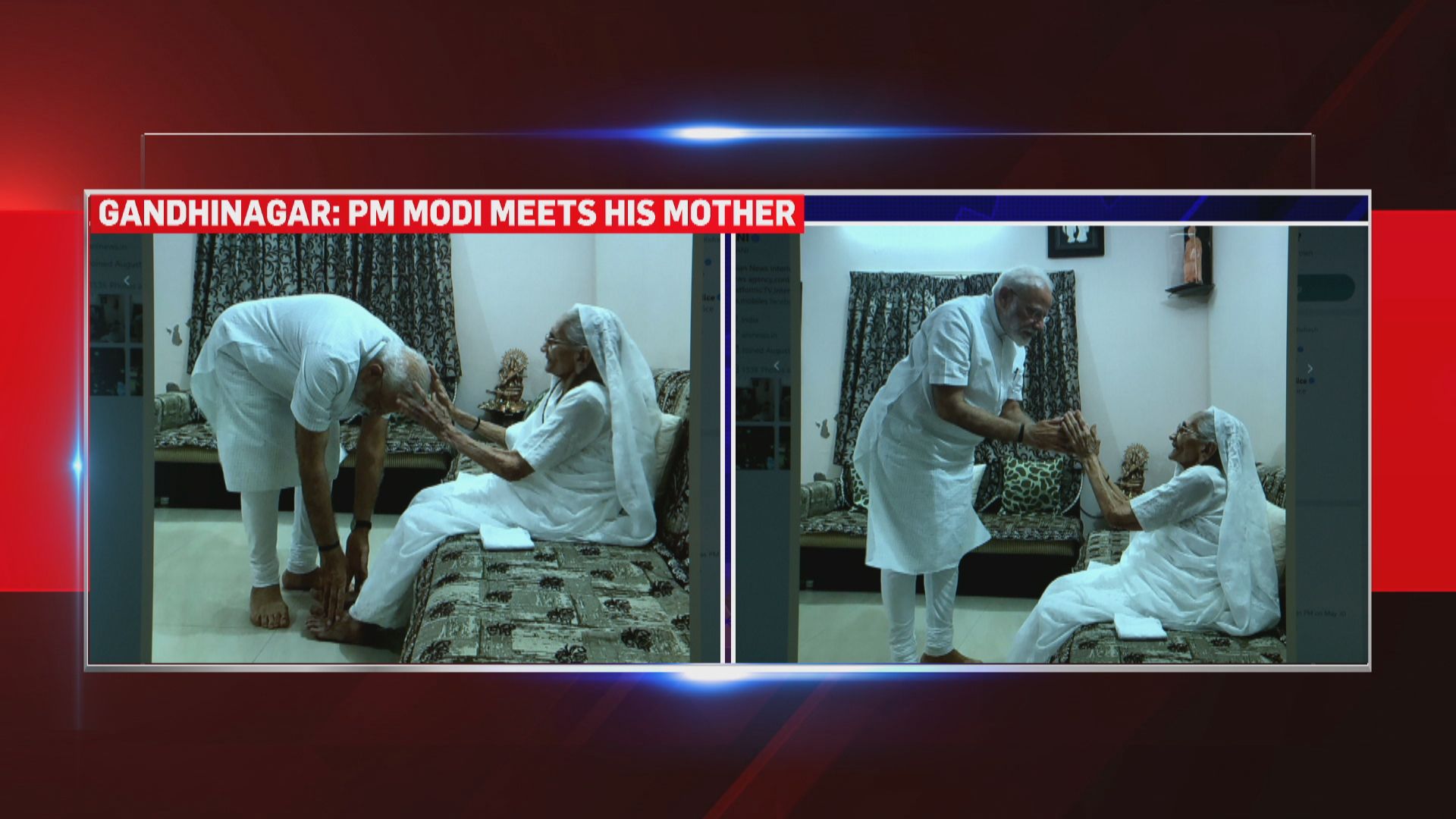 PM Narendra Modi expressed condolence over Surat tragedy where a building of a coaching centre caught fire and claimed at least 21 lives. "Since yesterday, I was in a dilemma whether to attend the programme or not. One side it was 'kartavya' and on other side, it was 'karuna.' Families who have lost their children, lost their future. I pray that God gives power to the families of those children  I was in a constant contact with the state government regarding the Surat fire incident."

"I saw a video on social media in which a woman from Bengal kept saying 'Modi, Modi'.When asked why? She said 'I had visited Gujarat and found development there, I want the same in Bengal' but when that woman was asked for whom she voted, she didn't say anything.

"...This election many pundits failed, after 6th phase of polling I had said that we will get 300 plus seats. Many people made fun of me. During the whole election it was noticed that people were voting to make govt strong," he said.

BJP chief Amit Shah begins his address at the rally in Ahmedabad, Gujarat. 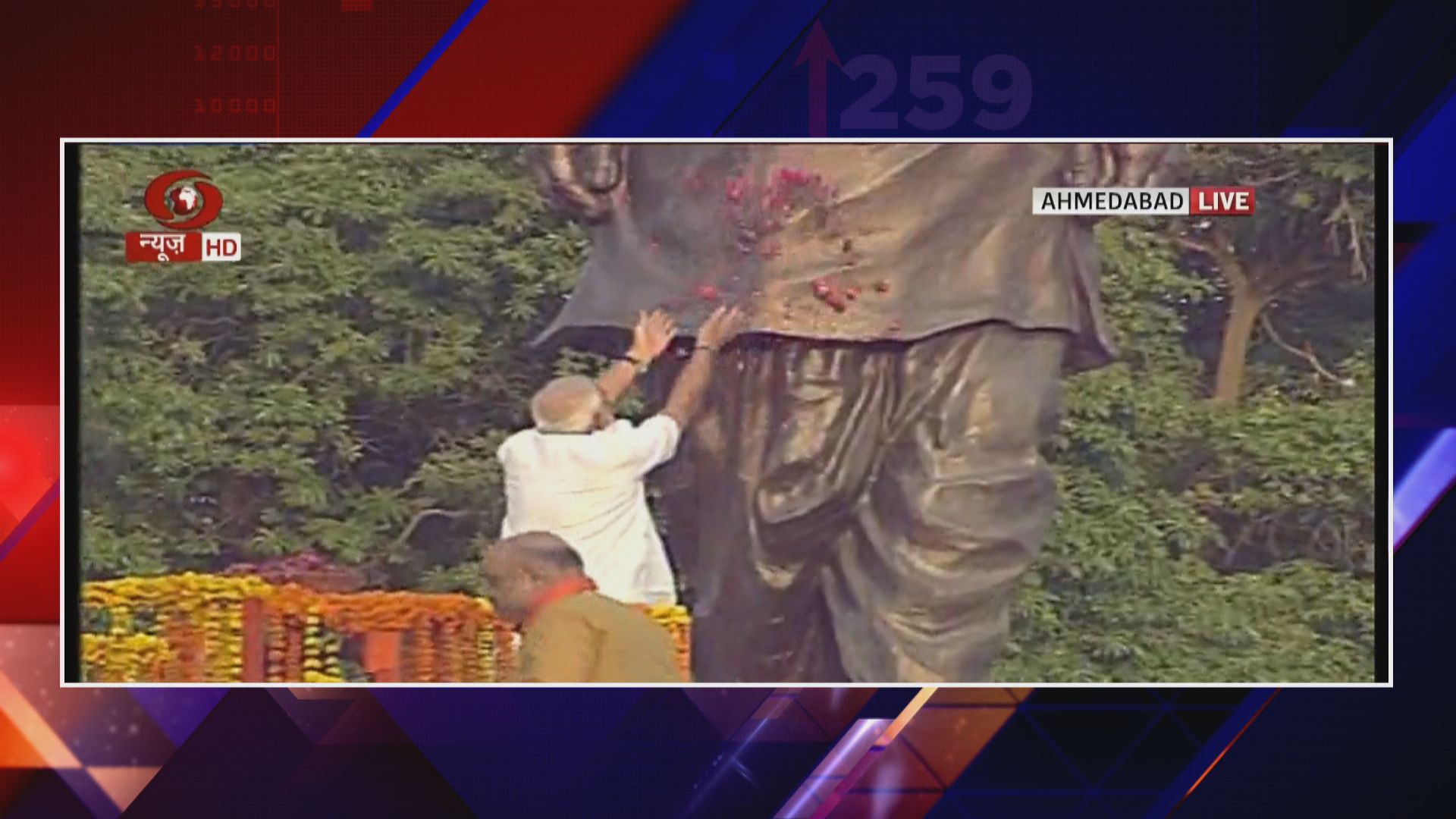 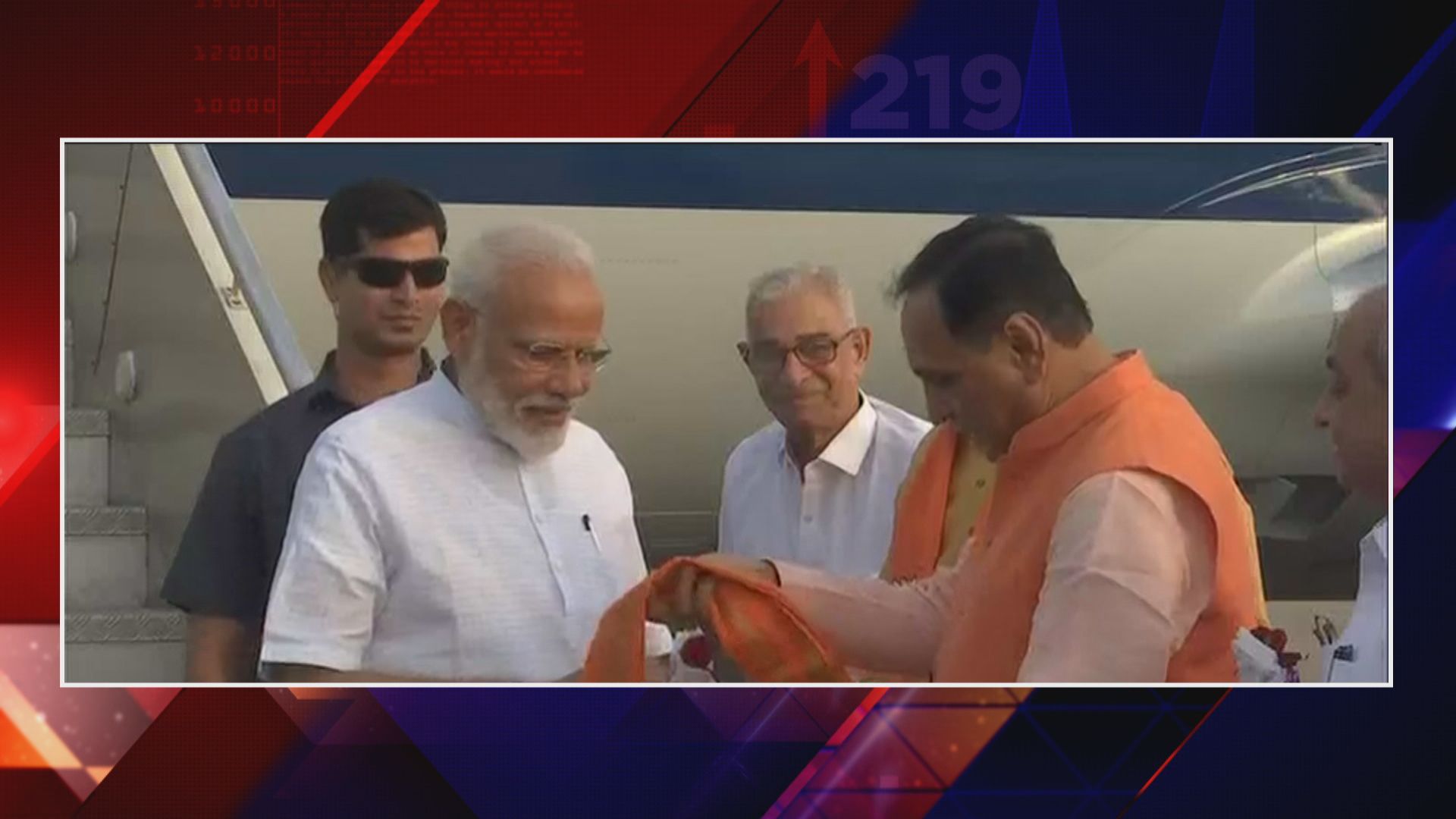 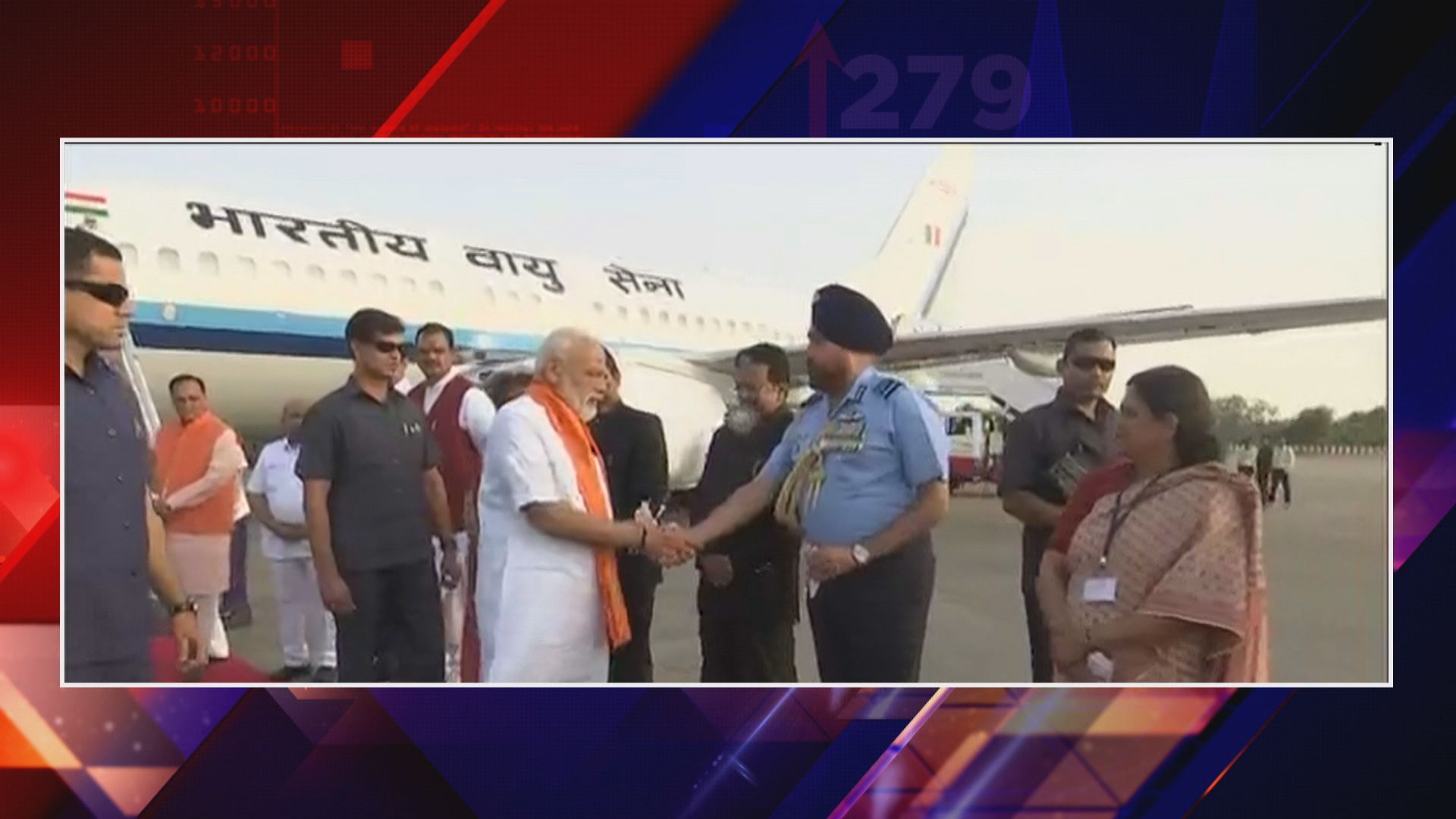 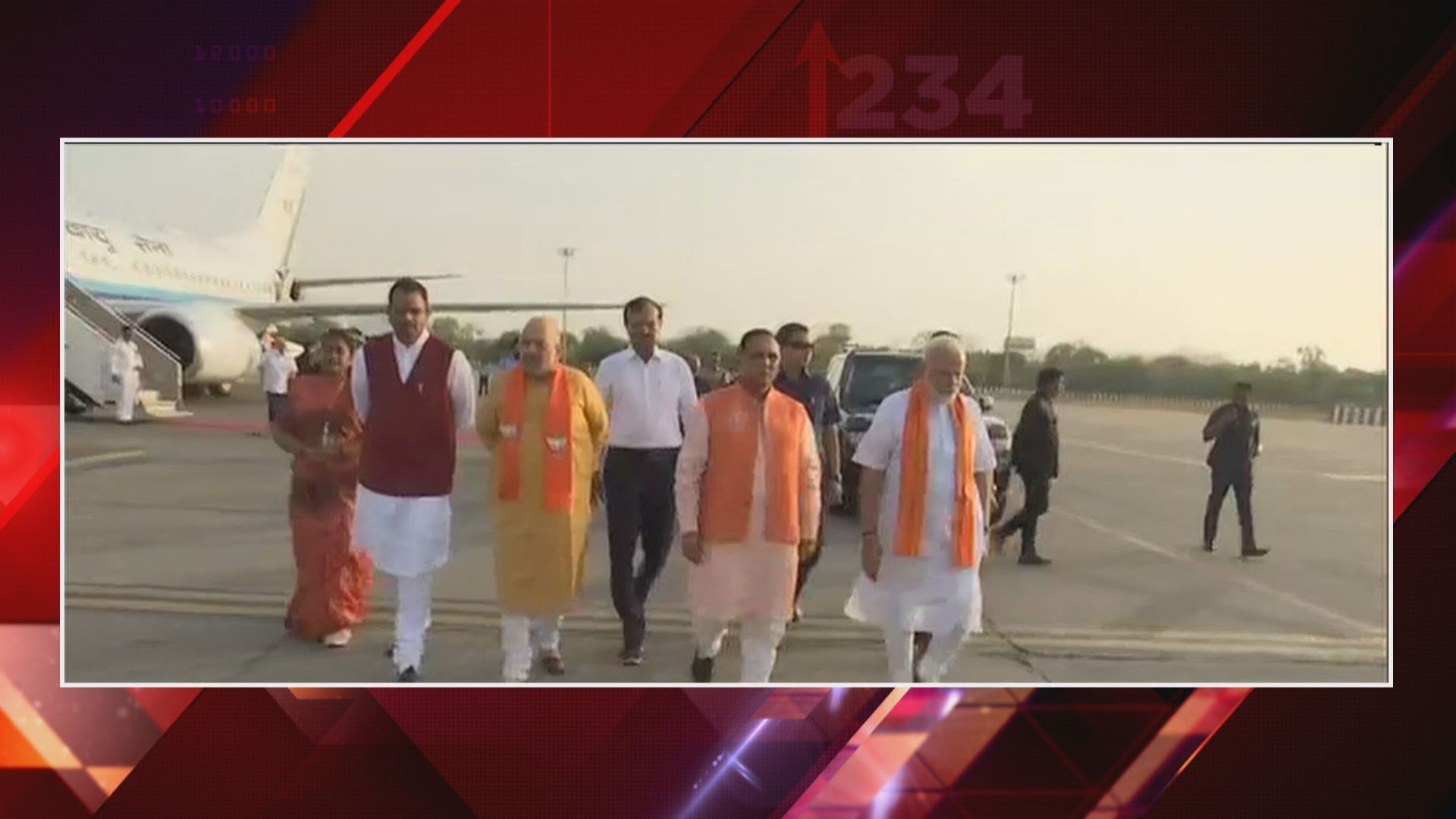 PM Modi called on Vice President Venkaiah Naidu at his residence in Delhi.

After leading the Bharatiya Janata Party to a landslide victory on May 23, Prime Minister Narendra Modi tendered his resignation to President Kovind on May 24 and addressed his cabinet for the last time in 16th Lok Sabha. On May 25, he is scheduled to visit his mother Heeraben Modi at her residence in Gujarat to seek her blessings.

Taking to Twitter on Saturday, he announced the same. He also stated that on Monday, he will be visiting Kashi to thank the people for "reposing their faith in him".

Will be going to Gujarat tomorrow evening, to seek blessings of my Mother. Day after tomorrow morning, I will be in Kashi to thank the people of this great land for reposing their faith in me.

After meeting his mother, PM Modi will also address a collective program in Gujarat:

On the result day, PM Modi retained the Lok Sabha seat of Varanasi by a margin of 479,000 votes.

Party colleagues from Kashi gave me the official certificate of election from Varanasi Lok Sabha constituency!

Feel happy to be representing one of the oldest and most vibrant centres of Indian culture. pic.twitter.com/Ijh8YBUvhU

Earlier on May 24, the Prime Minister also sought blessings from the party founders LK Advani and Murli Manohar Joshi by going to their residence along with party chief Amit Shah. Taking to Twitter, he thanked Advani and MM Joshi.

Called on respected Advani Ji. The BJP’s successes today are possible because greats like him spent decades building the party and providing a fresh ideological narrative to the people. pic.twitter.com/liXK8cfsrI

Dr. Murli Manohar Joshi is a scholar and intellectual par excellence. His contribution towards improving Indian education is remarkable. He has always worked to strengthen the BJP and mentor several Karyakartas, including me.

Met him this morning and sought his blessings. pic.twitter.com/gppfDt7KiB

Our Constitution is a rich and extensive social document that encapsulates the dreams our freedom fighters had for the nation.

Our only loyalty is to the Constitution and the values enshrined in it. pic.twitter.com/3VysAWfKDI

READ | PM Narendra Modi To Visit His Mother On Sunday To Seek Blessings; Will Be In Varanasi The Day After. Here's What He Said