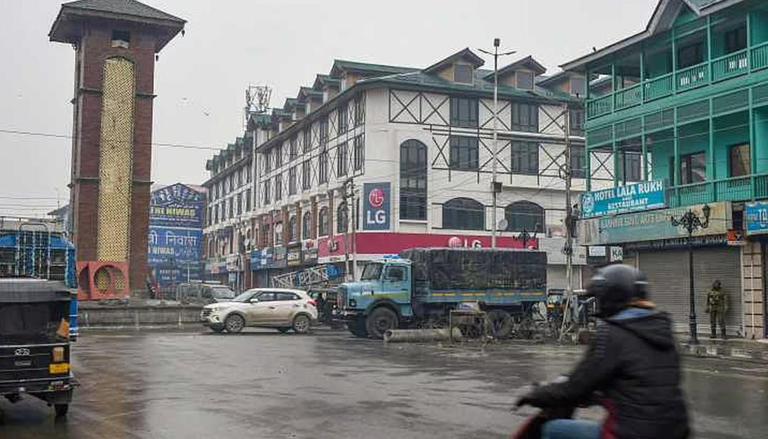 
In its two full years as the Union Territory of the country, Jammu and Kashmir witnessed not only a downturn in recruitment to terror ranks; but the number of law-and-order incidents too have dropped significantly. According to police data accessed by Republic TV, since August 2017 to date, the number of law-and-order incidents in Kashmir has decreased significantly.

The data further suggests that no civilian and police/SFs were killed in law and order incidents after the abrogation of Article 370 in the Valley. Meanwhile, terror-related incidents declined to 350 from 688 during this period, as per the data.

Data showing statistics of the killings of civilians and police/security personnel indicates that there were more killings during pre-scrapping of Article 370 days as compared to the post-scrapping.

As per the data accessed, “from August 2017 to July 2019, 135 civilians lost their lives during different terror-related incidents whereas from August 2019 to July 2021, only 72 such killings were reported.

Kashmir Police Chief Vijay Kumar told Republic TV that post the abrogation of Article 370, the Kashmir Valley marked a significant improvement in the situation on counts of terrorism, law and order, and security.

“Compare the figures; one can see the change in the situation--the situation is better on all parameters post the abrogation. A lot of improvement has been made on law and order and security as well as terrorist violence. Several top commanders (Pakistani terrorists and locals) were killed this year too and civilian and police casualties too were brought down,” he said.

The number of youths who joined terror ranks fell to 73 between January 1 and July 27 this year, compared to 167 a year ago, informed the Kashmir Zone Police Chief.

So far, around 90 terrorists have been killed this year and Lashkar-e-Taiba (LeT terror outfit) has suffered the highest blow, as 51 terrorists killed belonged to the Pakistan-based terror outfit. This year, top commanders of different terror outfits too were killed in encounters with Police and Security forces.

READ | J&K: Security beefed up in Kishtwar ahead of anniversary of abrogation of Article 370

During the anti-terror operations, police along with the Indian Army not only neutralised those terrorists who were involved in the killing of civilians, police and security forces but the police department was also able to recover snatched weapons (snatched by terrorists from police personnel) during search operations at the encounter spot.

To bring down incidents of terrorism, many measures were taken by the police department.

Apart from keeping a close watch on persons who attempted to provide support to terrorists, Jammu and Kashmir Police not only arrested hundreds of Over Ground Workers (OGW network acts as oxygen support to terror networks) but initiated other steps that include increasing interaction between police and the public at various levels, sharing of intelligence inputs on real-time basis amongst the police and Army while also helping in maintaining peace on the ground.

In 2020, DDC Polls, the first democratic exercise in Jammu and Kashmir after the Centre abrogated the special status of the erstwhile state was held.

This was the first time that DDC polls were not only incident-free but were also held in a peaceful atmosphere.

IGP Kumar said that the Jammu and Kashmir Police is fully prepared to deal with any situation in view of the second anniversary of the abrogation of Article 370 on August 5.

“Our teams have intensified area domination in volatile belts and patrolling is also being carried out round the clock. People have been cooperating. The situation will remain calm and peaceful in the days to come,” Kumar said.