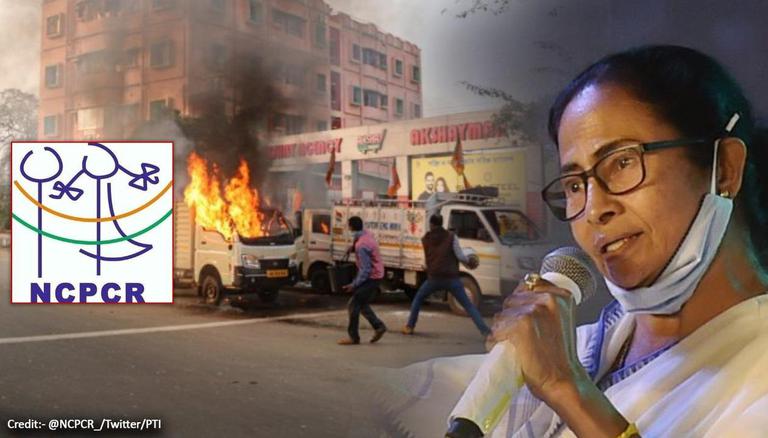 
The National Commission for Protection of Child Rights (NCPCR) on Thursday has directed the West Bengal government to provide compensation of Rs 1 lakh to each child who has been impacted by the post-poll violence in the state. Violence ensued in West Bengal soon after the election results were announced. The recent assembly elections saw Mamata Banerjee-led Trinamool Congress (TMC) retain power.

The NCPCR in a letter addressed to the District Magistrate Pawan Kadiyan informed that children who are settled in temporary shelter camps in Dhubri are still living in a 'general state of fear and shock' due to the irretrievable memories they endured as a result of West Bengal post-poll violence that took place. Therefore, the NCPCR has asked the Mamata Banerjee-led government to ensure a lump sum compensation of Rs 1 lakh to each minor victim.

Moreover, in another letter addressed to K Kannan, Superintendent of Police, Cooch Behar, the NCPCR has asked him to conduct a proper inquiry in the matter and register an FIR against the accused persons in the West Bengal poll violence. The NCPCR has asserted that the FIR should be registered on the basis of recorded statements of the minor victims. The Commission has also requested the SP to share copies of the FIR that will be filed in connection with the poll violence.

"It is further requested to your kind self to provide an action taken report in this regard to the Commission within three days," the NCPCR said in the letter.

Citing various media reports and information provided by some individuals, the apex child rights body informed that it has taken cognizance of the issue. The identities of the individuals have been kept confidential, regarding the plight of several children along with their families who faced the brunt of the alleged West Bengal poll violence, torture and atrocities by 'certain individuals or political party workers in West Bengal'.