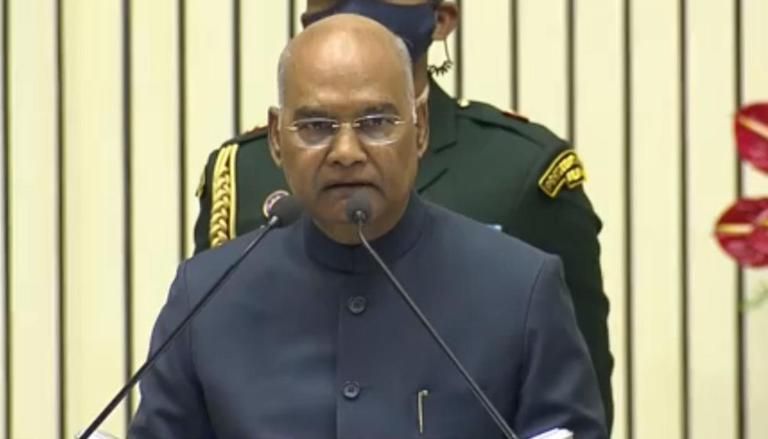 
President Ram Nath Kovind, on Saturday during the 'Swachh Survekshan Awards 2021' termed manual scavenging a 'shameful practice' and urged for societal participation at the individual level to eradicate the hazardous piece of work. "Manual scavenging is a shameful practice, and eradication is not the only responsibility of the government but also of the society and citizens," President Kovind said.

The Swachh Survekshan Awards 2021 is an annual event organised by the Ministry of Housing and Urban Affairs in the National Capital. The first position for the cleanest city was awarded to Indore. Meanwhile, the second and third cleanest cities in India were conferred to Surat in Gujarat and Vijayawada in Andhra Pradesh, respectively.

Speaking at the event, President Kovind said, "Swacch Survekshan Awards have a special significance as it comes amid celebrations of 'Azadi Ka Amrit Mahotsav" and added, "cleanliness is next to godliness."

President Kovind recalled the principles of Mahatma Gandhi and said that his beliefs are being followed by the government as a movement of the people through the Swacch Bharat Abhiyan.

"According to him, (Gandhi) cleanliness should be the top priority. This priority of Gandhiji has been carried forward by the government of India as a mass movement through Swachh Bharat Mission. Our efforts to make the country completely neat and clean are a true tribute to our freedom fighters," the President said.

Govt committed to the welfare of sanitation workers: President

He praised the 'Safai Mitra Suraksah Challenge' initiative taken up by the Ministry of Housing and Urban Affairs, initiated across 246 cities in the country. The project aims to provide mechanical cleaning of sewers and septic tanks.

President Kovind noted that good suggestions on the issue are being tossed with the idea of 'Waste to Wealth' and said that many start-ups are active in these areas. He said that appropriate schemes could be developed to encourage entrepreneurship and investment in these areas.

President Ram Nath Kovind pressed the need for effective management of solid waste to keep cities clean. "I am told that before the start of the cleanliness drive in 2014, only 18 per cent of solid waste was scientifically disposed of which has now increased by almost 4 times to 70 per cent," he said.

Here you can take a look at the speech delivered by the President of India Ram Nath Kovind at the Swachh Survekshan Awards 2021 at Vigyan Bhavan in New Delhi on Saturday.